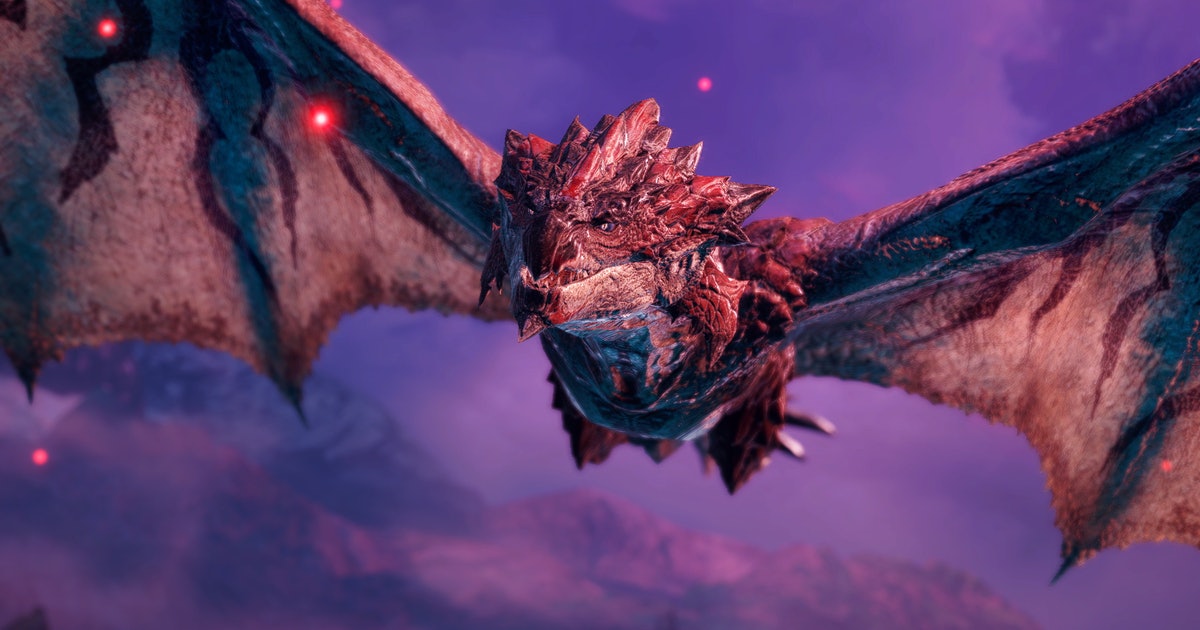 Fifty hours in, the dragon cleaned my clock three times in under ten minutes.

After hundreds of hours of Monster Hunter, I’m used to the tough monsters KOing me every now and then, but I rarely fail a quest outright. I gathered my potions after a short break, upgraded my sword, and rode my friendly dog companion to the battle once more.

This time, instead of sprinting into the breach to fish for counters, I kept my distance and learned the beast’s moveset, strike by strike. Patience, not aggression, would win the day. Twenty minutes later, I struck the final blow and carved his corpse for parts, another victim of the Long Sword’s powerful new three-hit capstone combo.

In an hour of play, I had experienced every emotion that a video game can kindle — apprehension of a new challenge, the agony of defeat, and the triumph of victory. In those moments, Monster Hunter Rise: Sunbreak is action gaming at its finest. Though not every player will have the patience for Sunbreak’s sharp edges and arcane systems, the game does its best to welcome newbies with open arms.

Monster Hunter is a franchise at odds with itself. After the unexpected crossover success of World (still Capcom’s best-selling game ever) brought the once-niche series into the global mainstream, the famed developer has struggled to balance the needs of new players with those of the wily veterans who supported the series through its growing pains. Sunbreak manages to strike that balance better than any other game in the series.

Though the excellent Monster Hunter Rise swung the pendulum too far in the direction of accessibility, Sunbreak dials up the difficulty considerably with the addition of “Master Rank” (also known as G Rank) quests. These are intended to challenge players who have already conquered most of Rise, and veteran hunters who yearn for the 35-minute hunts and bloated HP pools of the series’ early days probably won’t break a sweat here until the endgame. But those who found Rise too easy may be pleasantly surprised when Master Rank pansies like Kulu-Ya-Ku manage to send your hunter back to camp when you take too many risks.

Besides tougher monsters, Sunbreak makes quite a few major changes to the series’ wonderfully eccentric armory of 14 weapons, especially the Great Sword, Long Sword, and Gunlance. (For a full breakdown, check out our tier list.) While these shifts might not mean much to newbies, Capcom has nerfed many of Rise’s most overpowered (or downright boring) gear enough to make the monster slaying experience feel fresh for all playstyles.

If it ain’t broke…

Sunbreak is a mechanics-focused game first and foremost. As such, there’s nothing particularly impressive about its softer elements. Capcom’s designers made a concerted effort to craft Sunbreak’s new setting of the Kingdom with a medieval and European flavor than the uniquely Japanese vibe of Kamura Village, and for the most part, they succeeded.

Aside from the striking monster designs that the series is known for, the overall visuals are perhaps two notches above passable at best. However, given that Rise is primarily intended as a Nintendo Switch game, this lack of technical acumen isn’t exactly surprising. (The PC port of the game ran very well on my less-than-stellar rig, which is always nice.)

From a story perspective, Sunbreak does a significantly better job of raising stakes and developing characters than base Rise. The addition of follower quests — where an NPC Hunter actually comes along to help you battle a tough monster — makes the world feel less lonely than previous games, especially when you’re playing solo. I actually ended up caring quite a bit about fellow hunter Fiorayne by the end of the main progression, particularly because she was always there to cheer me on and throw Flash Bombs when I was struggling with a tough fight.

Sunbreak’s biggest problem is arguably one of its greatest strengths: its deliberate pace. Even in this more modern form, Monster Hunter is all about the grind, like it or not. You spend the first few hours of Sunbreak battling more difficult versions of the same monsters you’ve already slayed in base Rise. Not only are these hunts mandatory, but you’ll have to repeat several of them three to four times to make Master Rank armor to survive the later difficulty spikes, too.

And though new foes like the vampiric Malzeno and the positively lycan Lunagaron are definitely worth the wait, the expansion locks the majority of the cool new switch skills beyond the twelve or fifteen-hour mark. Several of them are complete game-changers, and Capcom’s decision to keep them away from players for so long strikes me as questionable, if not cruel.

Unfortunately, such is the paradox of Monster Hunter. Even as the series has abandoned its clunky origins to reach a broader audience, it still has dozens of exasperating quirks. For instance, deafening monster roars will not only interrupt you but occasionally deal damage outright, with no indication of the attack’s range.

Hitting the wrong part of a monster can cause your weapon to “bounce,” which can prevent you from triggering the mid-combo counter you need to avoid a fiery end. If online allies are using certain weapons like the Long Sword, you’ll be knocked backward every few moments unless you take a certain armor skill. And Sunbreak still makes no real attempt to teach you how to use its various weapons — if you actually want to know how to play, you’ll need to sit through a twenty-minute YouTube tutorial instead.

While these wrinkles might make you want to scream at times, they’re part of what makes the series such a unique experience in today’s crowded gaming market. At its heart, Monster Hunter is the ur-action game — a delightfully pure boss rush that expects patience, diligence, and a fair degree of tolerance.

Sunbreak is exactly what it needs to be: modern and fluid enough to attract new players, and tough enough to keep veterans coming back. Stick with it, and you’ll be rewarded for your effort. If you’re seeking a quick, low-stakes fix of fun, however, you might want to look elsewhere.

Fifty hours in, the dragon cleaned my clock three times in under ten minutes. After hundreds of hours of Monster Hunter, I’m used to the tough monsters KOing me every now and then, but I rarely fail a quest outright. I gathered my potions after a short break, upgraded my sword, and rode my friendly…

Fifty hours in, the dragon cleaned my clock three times in under ten minutes. After hundreds of hours of Monster Hunter, I’m used to the tough monsters KOing me every now and then, but I rarely fail a quest outright. I gathered my potions after a short break, upgraded my sword, and rode my friendly…