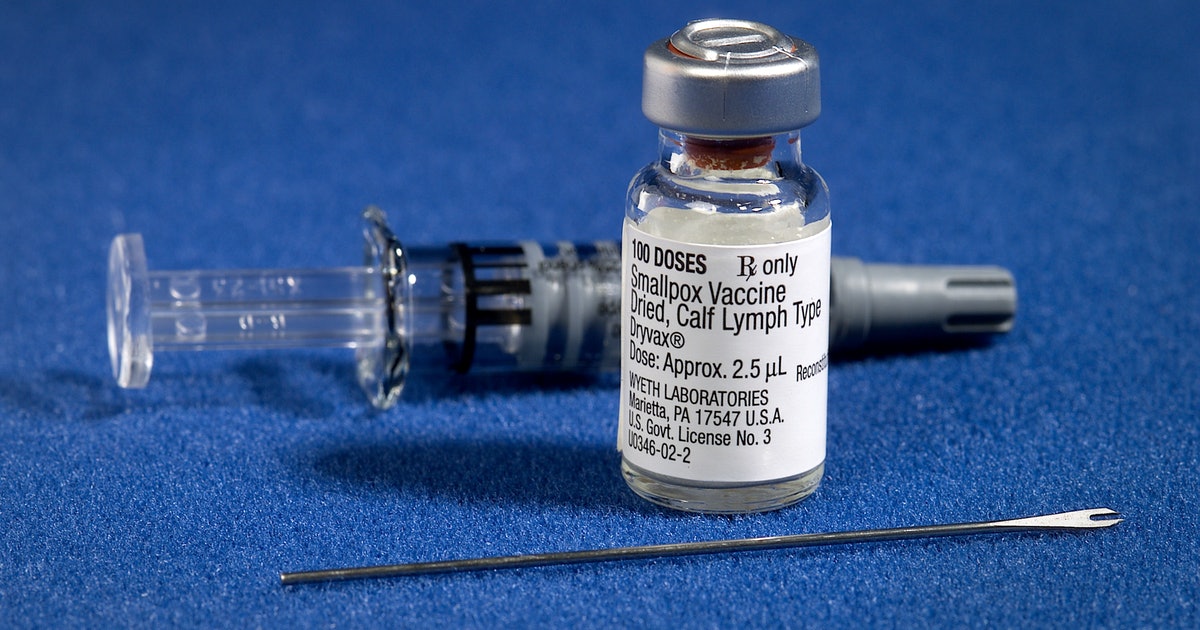 4 charts predict how the outbreak will end

The first case of monkeypox in a human was reported in 1970 in the Democratic Republic of the Congo. Since then, there have been many monkeypox outbreaks, but they have been self-limiting, with chains of human transmission ending without establishing epidemics.

The current outbreak, however, is different. There is more human-to-human transmission, and it is over a much broader geographical area. In mere weeks, monkeypox has spread to 37 non-endemic countries, with over 2,600 cases. So, what is likely to happen to monkeypox in the following weeks and months?

There are huge gaps in what we know about monkeypox, but combining what we do know with a history of other infectious diseases makes it possible to analyze likely future scenarios.

The four scenarios below are based on the following knowledge:

The 2022 epidemic appears to have started as a super-spreader event involving a network of predominantly men who have sex with men.

But until the current outbreak, it was assumed that the relatively low human-to-human transmissibility of the virus makes it unlikely for the virus to spread outside the initial community.

In this scenario, the outbreak ends quickly once the population at risk becomes immune and herd immunity is reached locally. In the past, many people had some immunity (called “cross-immunity”) from the smallpox mass vaccination programs of the late 20th century. So the effective reproduction number, R, can be close to or even lower than one, and the transmission will soon stop.

Behavioral changes can reduce the number R even more. For example, the ring vaccination can form a “firebreak,” further reducing the susceptible population. Similar previous epidemics include the Sars outbreak in 2002-04 when a quick intervention stopped the disease from spreading.

The continuing spread of monkeypox in May and June 2022 suggests that the virus is moving beyond the original network.

The size of the outbreak is already well beyond the most prominent 2017-19 outbreak in the Democratic Republic of Congo (760). It is possible that large gatherings, including raves and festivals, have created new transmission clusters.

This scenario assumes that everybody below the age of 50 is susceptible to the infection, reflecting the end of compulsory smallpox vaccination in the 1970-80s. The virus will continue spreading, effectively searching for pockets of high-risk and non-immune communities.

Unless a combination of contact tracing and ring vaccination stops the spread, the monkeypox will continue spreading. But, given the low transmissibility of monkeypox, the epidemic may fizzle out before reaching the herd immunity threshold of 50% of the population.

Complete eradication is impossible because monkeypox exists in a wide range of animal hosts. The low transmissibility also means it can survive at low levels in the population. In addition, the long incubation period and variable symptoms allow it to avoid detection. Therefore, monkeypox may have already been spreading for a long time.

In this scenario, following the large outbreak, the disease will settle on a long-term, relatively constant level. Similar to pre-vaccination, smallpox, or chickenpox.

The influx of susceptible people through birth or migration will keep the virus in the population. Mass vaccination programs might be needed to eradicate the disease. But relatively low monkeypox transmissibility means such programs are likely to be highly effective.

The current epidemic might be the first instance of a series of outbreaks. In the long term (the last scenario), we should expect a return of monkeypox caused by future “zoonotic events” where the disease jumps from animal hosts to humans. As the cross-immunity from smallpox vaccines wanes, the epidemics can become even more substantial.

Little is known about the potential of monkeypox to mutate. Still, there is potential for it to evolve into a more rapidly spreading variant.

Effective vaccines for monkeypox exist and are about 85 percent effective. Although there are currently not enough doses to vaccinate everyone, there is no need for a mass-vaccination program given monkeypox’s low transmissibility. Instead, vaccines should be offered to those most at risk, including communities in Africa most in contact with the wild animals that carry the virus.

This article was originally published on The Conversation by Adam Kleczkowski at the University of Strathclyde. Read the original article here.

The first case of monkeypox in a human was reported in 1970 in the Democratic Republic of the Congo. Since then, there have been many monkeypox outbreaks, but they have been self-limiting, with chains of human transmission ending without establishing epidemics. The current outbreak, however, is different. There is more human-to-human transmission, and it is…

The first case of monkeypox in a human was reported in 1970 in the Democratic Republic of the Congo. Since then, there have been many monkeypox outbreaks, but they have been self-limiting, with chains of human transmission ending without establishing epidemics. The current outbreak, however, is different. There is more human-to-human transmission, and it is…