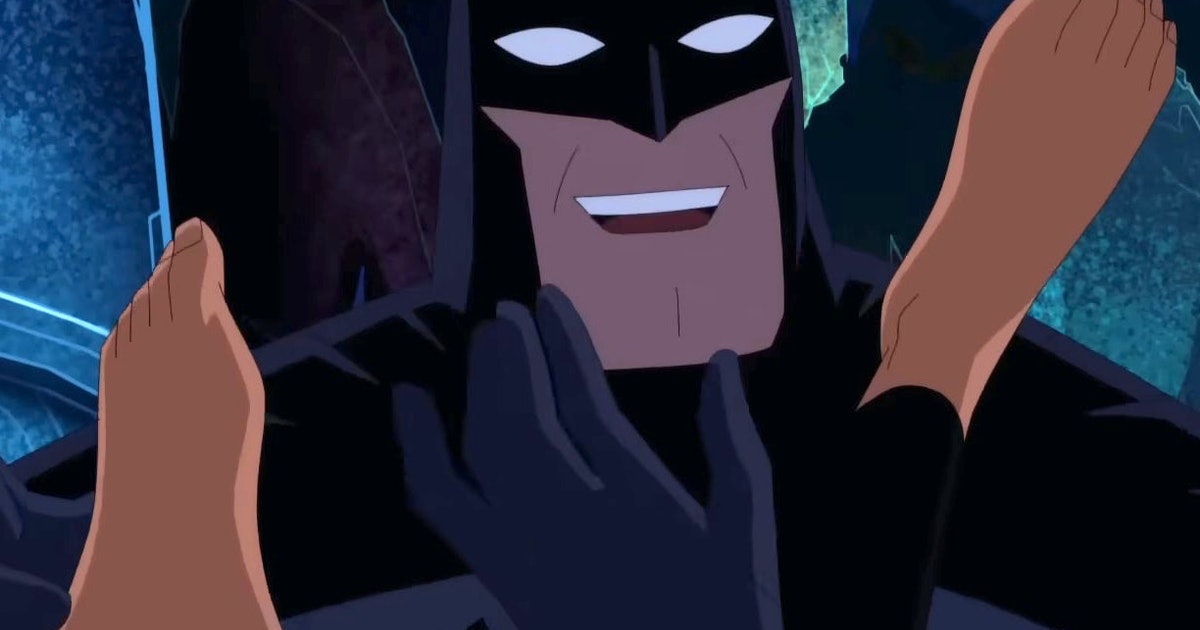 Among the trailer’s contents, including the strengthening relationship between Harley Quinn and Poison Ivy, the introduction of the Court of Owls as rich perverts, and what looks to be a ridiculously fun James Gunn cameo, there is what seems to be an animated version of the very scene that raised flags for DC last year.

What Happened? On June 28, just in time for the end of Pride Month, DC and Warner Bros. released the trailer for Harley Quinn Season 3.

Set to a cover of Joan Jett’s “Bad Reputation” (a de facto theme song for the show), the trailer has Harley (Kaley Cuoco) and Ivy (Lake Bell) celebrate their two-week dating anniversary by breaking King Shark (Ron Funches) and Clayface (Alan Tudyk) out of Belle Reve. “You look radiant!” Clayface compliments Harley, who replies, “Thanks, we’ve been doing a ton of banging.” Harley Quinn is many things, but subtle is not one of them.

You can watch the trailer below.

Between trailer text buzzwords like “WETTER” and “FILTHIER” is a preview of one very interesting scene that calls to mind last year’s “controversy.” At the 0:50 mark, Batman (voiced by Diedrich Bader) is getting intimate with Catwoman (Sanaa Lathan).

Batman, who is critically positioned between Catwoman’s legs with her feet by his ears, offers “to continue.” A bored Catwoman rolls her eyes, saying, “It’s not worth it.”

“Heroes Don’t Do That” — Back in June 2021, the creators of Harley Quinn told Variety that a scene in the upcoming third season — and likely the one seen in the trailer — raised flags for DC.

“[W]e had a moment where Batman was going down on Catwoman. And DC was like, ‘You can’t do that. You absolutely cannot do that,’” Halpern said.

What Halpern said next sent Twitter into a frenzy. “They’re like, ‘Heroes don’t do that.’ So, we said, ‘Are you saying heroes are just selfish lovers?’ They were like, ‘No, it’s that we sell consumer toys for heroes. It’s hard to sell a toy if Batman is also going down on someone.’”

Variety went on to add that Halpern and Schumacker expressed DC was “remarkably supportive” of the show and still allowed the show to be as raunchy as possible.

Still, the quote was reblogged throughout Twitter to the point it became the trending topic du jour. Everyone had something to say about Batman and his mandate to not reciprocate. Even Justice League director Zack Snyder weighed in, and he did so in the most NSFW way possible.

The Inverse Analysis — Harley Quinn continues to be one of the best superhero shows on TV today, and that’s with stiff competition like The Boys, Ms. Marvel, and Superman & Lois still airing. It’s the rare official superhero adaptation that lampoons the genre’s mythological stature and the exhaustive dominance of corporate IP in the culture. It is good satire, plain and simple.

A year later it’s unknown except to those working on Harley Quinn if DC has yielded or stood firm on Batman being a selfless partner. The stated reasoning — that it would be hard to sell toys — was and still is ridiculous. Characters who commit murder, like the Joker, become toys for kids all the time. Kids shouldn’t be watching Harley Quinn in the first place, even if it is very colorful with excellent animation.

We’ll find out what — or who — goes down when Harley Quinn Season 3 begins streaming on July 28. Until then, we just have to believe Batman knows what to do as a creature of the night.

One year ago, DC Comics told the producers of Harley Quinn that Batman doesn’t do that. You know. That. (We’re being vague here for advertiser purposes.) The Harley Quinn Season 3, however, is here to offer fans a preview of what’s to come when the series returns to HBO Max on July 28. Despite what…

One year ago, DC Comics told the producers of Harley Quinn that Batman doesn’t do that. You know. That. (We’re being vague here for advertiser purposes.) The Harley Quinn Season 3, however, is here to offer fans a preview of what’s to come when the series returns to HBO Max on July 28. Despite what…