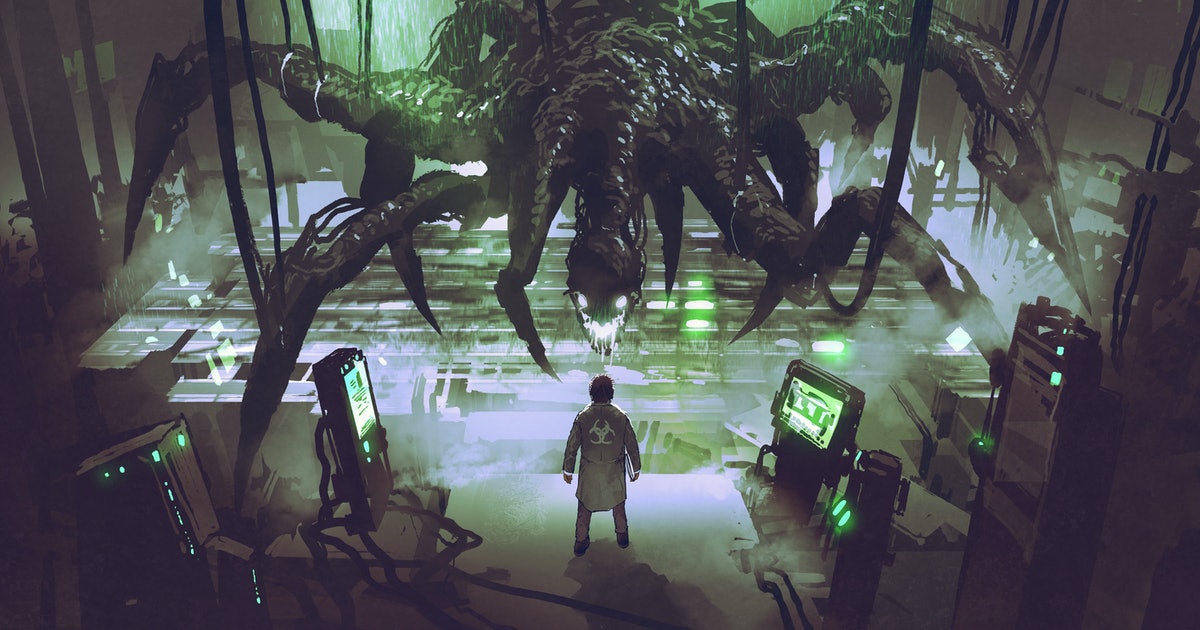 5 years ago, the director of ‘Parasite’ made his most unsettling sci-fi movie

What is Bong Joon-ho’s best film? As one of the finest directors in the 21st century, he’s produced marvelous concoctions of socioeconomic commentary, monster movie madness, gripping crime procedurals, and post-apocalyptic metaphors posing as epics. From Parasite to Snowpiercer, the director’s assuredness and sense of style are instantly recognizable, as is the eclectic nature of the stories he chooses to tell.

As the filmmaker continues to outdo himself and raise the bar of contemporary cinema, audiences will continue to debate the merits of each of his films and which is the one to convert a non-believer into a fan. However, it might be his Netflix release, Okja, that is Bong Joon-ho’s greatest product of empathy.

Okja proves the crucial power of compassion in film. The story gives an inner life — both in turmoil and comfort — to the titular character, which allows us to prescribe emotions to them, forcing us to think twice about our actions and beliefs. Five years after it premiered on June 28, 2017, Okja is still a moving call-to-action, seamlessly blending incisive satire with genuine emotion that compels people to want to change the world.

The excellent and unsettling meat-packing industry satire opens with a young girl, Mija (Ahn Seo Hyun). For ten years, she has been the caretaker and companion to Okja — a massive, genetically modified super pig. However, the arrival of Mirando Corporation and its CEO (played by Tilda Swinton) abruptly disrupts Mija’s picturesque life secluded in the mountains of South Korea when the multinational conglomerate kidnaps Okja for nefarious purposes.

One of the most upsetting sequences of the film, following Mija’s grueling rescue mission, takes place at a slaughterhouse where more of the force-bred super-pigs are lined up to be butchered. It’s not just the true-to-life imagery that upsets a viewer’s stomach (though it doesn’t help) or even the great sacrifices Mija must make to save her lifelong companion. Instead, after we’ve witnessed Okja’s escape, a pair of the creatures show an astounding display of emotion and sacrifice by pushing their baby past the rope gate to Mija and Okja, hoping the two can deliver it to safety.

While Okja’s emotional overtures seem to make a statement that incites change, It’s an idea that Bong Joon-ho doesn’t seem to agree with completely. In an interview with The Independent, he said:

“I think that films aren’t necessarily tools to change the world,” Bong Joon-ho muses, through the aid of his translator. “A film is just a beautiful thing in itself. However, when someone is experiencing the beauty of a film, that itself is changing the world in some aspect.”

There may be no deliberate attempt at a political message in Okja. Still, the film deploys a radical level of empathy that makes it one of Joon-ho’s most fascinating works to date.

Many people converted to vegetarianism after seeing Okja. The film’s choices, such as forced miscommunication and depicting corrupted “radical thinkers” in positions of power, make it more strictly humanitarian and environmentalist. To show a pair of super-pigs showcasing more warmth and love towards another creature than nearly any other human character makes it impossible not to consider their real-life inspirations and dwell on their tragic fates.

The filmmakers themselves weren’t left untouched by the process. Bong Joon-ho and producer Dooho Choi visited a slaughterhouse in Colorado to prepare for the ending sequence, and the experience turned both of them into temporary vegans.

It’s hardly new information to say that film has immense power to be an empathy machine. Bong Joon-ho has made a career of depicting real-life tragedies and horrors through surrealism like Okja, science fiction in Snowpiercer, and biting cultural commentary in Parasite. His messages aren’t so much hidden as they are simply a vital piece of the whole story – even one that can be as chaotic as Okja.

Its sense of mania is infused into the film’s visual language, and the movie’s emotions verge on cartoonish levels, aided by an outsized performance from Jake Gyllenhaal. Okja is a heightened, sugar-induced anxiety attack of a film, from its dizzying chase at the start to the bustle and hustle of New Yorkers during traffic-stopping displays of protests.

But that in and of itself might be the entire point of the film — to be messy and loose with its dialogue and showcase the errors of the supposed “good guys.” Okja delivers such a potent story not just because of the exemplary storytelling and filmmaking on display (though it helps) but because it reckons with humanity’s greed, animals’ innocence, and the youthful will to single-mindedly protect what they love.

Imperfection runs rampant in the film, but it leaves the viewers questioning their own decision-making, eating practices, and how their actions affect the planet’s future. And it does all of this without pointing a finger at who is right or wrong. Instead, it provokes you to keep thinking about it, as the visuals from the Okja haunt your mind for days afterward.

Okja is streaming on Netflix.

What is Bong Joon-ho’s best film? As one of the finest directors in the 21st century, he’s produced marvelous concoctions of socioeconomic commentary, monster movie madness, gripping crime procedurals, and post-apocalyptic metaphors posing as epics. From Parasite to Snowpiercer, the director’s assuredness and sense of style are instantly recognizable, as is the eclectic nature of…

What is Bong Joon-ho’s best film? As one of the finest directors in the 21st century, he’s produced marvelous concoctions of socioeconomic commentary, monster movie madness, gripping crime procedurals, and post-apocalyptic metaphors posing as epics. From Parasite to Snowpiercer, the director’s assuredness and sense of style are instantly recognizable, as is the eclectic nature of…

How cosplay went mainstream | The Week