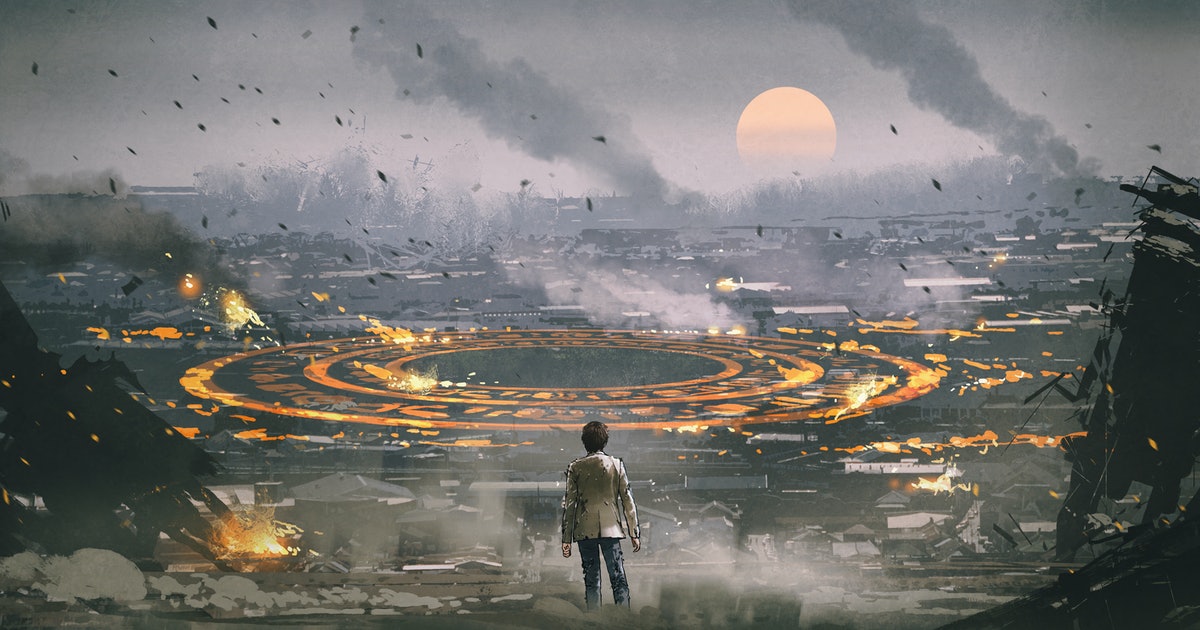 The Earth is dead. Humanity has long since abandoned the planet, leaving behind a trash-filled wasteland populated only by artificial intelligence. This might sound like your favorite gritty science fiction movies — or it might sound like our inevitable real-world future — but it’s also the plot of one of the most prescient and uplifting post-apocalypse movies of the 21st century.

Released by Pixar in 2008, Wall-E was ahead of its time on AI sentience, automation of the workforce, and interstellar travel. But perhaps the movie’s most timely theme is its complicated environmental message.

While the climate crisis isn’t overtly mentioned, it’s probably safe to assume it had a role in turning our planet teeming with life into a barren wasteland devoid of sentient life — save for the garbage-collecting robot known as “Wall-E.” And in the years since, this kind of lifeless apocalyptic setting has become far more common in Hollywood sci-fi movies, reflecting the growing trend of “climate doom” in real life.

But what is “climate doom” and are we really doomed to the future seen in the movie. Or can climate optimism win out and save our planet before we turn it into a gloomy garbage heap a la Wall-E?

What is climate doom?

“Climate doom” isn’t an official term, but informally, it’s what climate scientists and activists use to refer to the belief that we cannot save the world from climate change. Climate doom suggests we either won’t take action or, even if we do act, it won’t be enough. We are doomed to a future ravaged by increasing natural disasters and megadroughts.

Young people, in particular, are prone to climate doom. A landmark review recently published in the New England Journal of Medicine shows climate change profoundly impacts the mental well-being of youth. 60 percent of young people are “worried” or “extremely worried” about climate change. Other research published in The Lancet finds three-quarters of young people (aged 16–25 years) are frightened by a future under climate change, with more than half of the survey’s 10,000 respondents stating they believe the future is doomed.

There are very real reasons to feel distressed. The latest Intergovernmental Panel on Climate Change report reveals the window of opportunity to avoid some of the worst effects of climate change is narrowing. Extreme weather events and natural disasters are on the rise due to human-induced climate change, not to mention food insecurity.

Greenhouse gas emissions — the primary cause of global warming — are higher than at any other point in human history, despite the pledges made by various nations. Fossil fuel companies aren’t living up to their clean energy promises either.

But there are also reasons to be hopeful about the future, both in real life and in Wall-E.

In Wall-E, humans flee an unlivable Earth to live cushy lives aboard an interstellar spaceship. The idea of abandoning our planet to survive in space is not new but it has taken on increasing prominence as figures like Elon Musk position Mars as a possible bastion for humans to escape climate change.

Abandoning Earth, as in Wall-E, is the ultimate climate doom. But the movie’s ending, which sees humans return home to plant new life in the rejuvenated soil suggests climate optimism can maybe win out and save the day.

We’re seeing a similar debate between climate doom and climate hope play out today. Many people, especially young adults, are predictably experiencing some form of climate doom. But climate scientists are clear: we cannot give into climate doom. In an April article published in the Associated Press, climate scientist Jacquelyn Gill said of our planet, “I refuse to write off or write an obituary for something that’s still alive.” In May, sustainability scientist Alaina Wood told the BBC, “Doomism ultimately leads to climate inaction, which is the opposite of what we want.”

Granted, temperatures won’t fall — we’ll still need to deal with rising sea levels and Arctic ice melting — but this will give us the time we need to transform our greenhouse gas emitting systems for the long haul.

How climate hope will save us

Simply giving up and continuing to emit greenhouse gases will not save us from the climate crisis. We need to maintain a sense of hope if we are to transform both our individual actions and our systems on a scale large enough to curb global warming.

It can be hard to break through the barrier of climate doom dominating the globe. Unlike in Wall-E, we don’t have such a clear symbol of hope — the little green seedling — to carry us forward. But there are other ways to keep our spirits up.

First: Pay attention to the real wins being made on climate change and share them with other people experiencing climate doom. In 2021, wind and solar generated 10 percent of energy worldwide. That’s huge progress compared to where we were only a few years ago.

Second: Recognize that feeling anxious about climate change is okay and find a community to support you. Britt Wray, climate researcher and author of the book Generation Dread: Finding Purpose in an Age of Climate Crisis, told Outside that finding spaces like the Good Grief Network and Climate Cafés where you can freely talk about climate change with like-minded peers is important.

Finally: Take action. In an Inverse article on wildfire anxiety published in 2021, Norman Blumenthal, a licensed clinical psychologist at Ohel Children’s Home and Family Services, says small actions, like calling your local politician to discuss climate change issues or focusing on preparing for natural disasters like wildfires, can help people feel empowered during the climate crisis.

The future laid out in Wall-E is grim, but not inevitable. We don’t need to wait for the Earth to become a desolate wasteland before we restore it. We have the science to save it now — all we need is a bit of willpower, and hope, of course.

Wall-E is streaming now on Disney+.

The Earth is dead. Humanity has long since abandoned the planet, leaving behind a trash-filled wasteland populated only by artificial intelligence. This might sound like your favorite gritty science fiction movies — or it might sound like our inevitable real-world future — but it’s also the plot of one of the most prescient and uplifting…

The Earth is dead. Humanity has long since abandoned the planet, leaving behind a trash-filled wasteland populated only by artificial intelligence. This might sound like your favorite gritty science fiction movies — or it might sound like our inevitable real-world future — but it’s also the plot of one of the most prescient and uplifting…