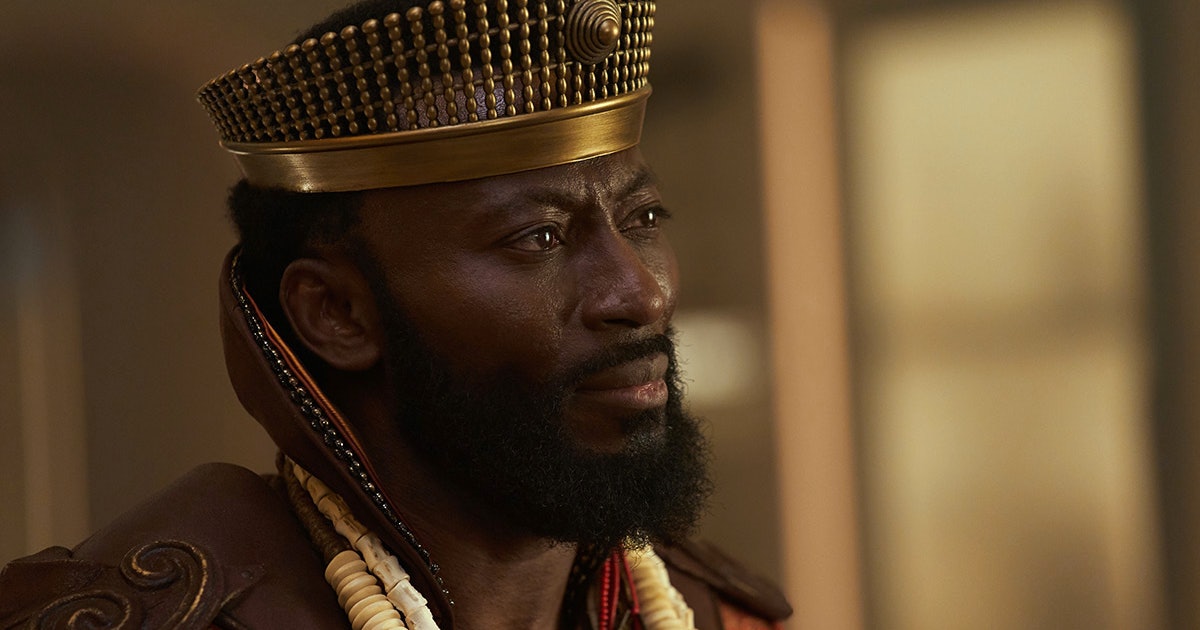 In Star Trek: The Original Series, Dr. M’Benga (Booker Bradshaw) only appears in two episodes, “A Private Little War,” and “That Which Survives.” In both cases, M’Benga is a physician equal to, if not better than, Dr. Leonard “Bones” McCoy. Canonically, this always made M’Benga’s position in The Original Series odd. Why was this excellent medical officer playing second-fiddle to Bones? In Strange New Worlds, Dr. M’Benga (Babs Olusanmokun) is the chief medical officer of the Enterprise, which implies some kind of demotion between the show’s 2259 setting and 2268, when M’Benga first appears in TOS.

But throughout Strange New Worlds Season 1, and in “The Elysium Kingdom” in specific, we see hints that M’Benga doesn’t want to be the chief medical officer. And now the ending of Episode 8 sets up a very different path.

The fate of M’Benga’s daughter, Rukiya

In “Ghosts of Ilyria,” we learned that M’Benga has been keeping his daughter Rukiya (Sage Arrindell) in stasis inside of a transporter beam to keep her alive, because she has an incurable illness called “cygnokemia.” But in “The Elysium Kingdom,” Rukiya is cured. Thanks to a sentient nebula she also becomes a timeless being of pure energy who appears to her father as an adult (Makambe Simamba) at the end of the episode. Hey, it’s Star Trek.

Essentially, this allows M’Benga to become the character we know from The Original Series. The adult Rukiya even says “You have to live your own life now. Create your own stories.”

This seems to establish who M’Benga will become in The Original Series, and it also corrects a canon hiccup Strange New Worlds created for itself. M’Benga’s daughter doesn’t exist in TOS because she became a space god.

But what’s next for M’Benga might be even more interesting.

M’Benga and the Klingons

Speaking to Wil Wheaton on the aftershow The Ready Room, Babs Olusanmokun teased that Dr. M’Benga’s path will now be completely different from what we’ve seen so far. In The Original Series, he’s a bit tougher and more direct than he is in Strange New Worlds, and some of Olusanmokun’s comments to Wheaton could indicate we’re headed in that direction for Strange New Worlds Season 2, where we’ll explore “a darker side of him.”

And then, Olusanmokun unexpectedly said that Strange New Worlds Season 2 will feature “an exploration of [M’Benga’s] contentious relationship with the Klingons.”

The idea that Klingons will return for Strange New Worlds Season 2 is a gamechanger. What will these Klingons look like? A hybrid between Discovery and TOS Klingons? Will they have an entirely new look?

In May, 2022, when Inverse spoke to designer Bernadette Croft about the costumes of Strange New Worlds, she hinted that a “redesign” for one big alien species was coming, and insinuated it might be the Klingons.

Dr. M’Benga isn’t the only Strange New Worlds character who has history with the Klingons. Throughout Discovery Season 2, while temporarily the captain of the Discovery, Pike had several encounter with the Klingons. Among other incidents, he learns that Ash Tyler (Shazad Latif), a Klingon surgically altered to look human, was serving on the ship, and he was shown his grim future by the Klingon time keeper Tenavik (Kenneth Mitchell).

So, when the Klingons return for Strange New Worlds Season 2, Dr. M’Benga won’t be the only person on the Enterprise who has a contentious relationship with the famous Trek baddies.

Dr. M’Benga’s story is suddenly wide open. Although Star Trek: Strange New Worlds gave M’Benga personal baggage in Episode 3, “Ghosts of Ilyria,” in Episode 8, “The Elysium Kingdom,” a big twist pushes him closer to the version of the character who first appeared in The Original Series. Here’s why the heartfelt reveal in Strange…

Dr. M’Benga’s story is suddenly wide open. Although Star Trek: Strange New Worlds gave M’Benga personal baggage in Episode 3, “Ghosts of Ilyria,” in Episode 8, “The Elysium Kingdom,” a big twist pushes him closer to the version of the character who first appeared in The Original Series. Here’s why the heartfelt reveal in Strange…