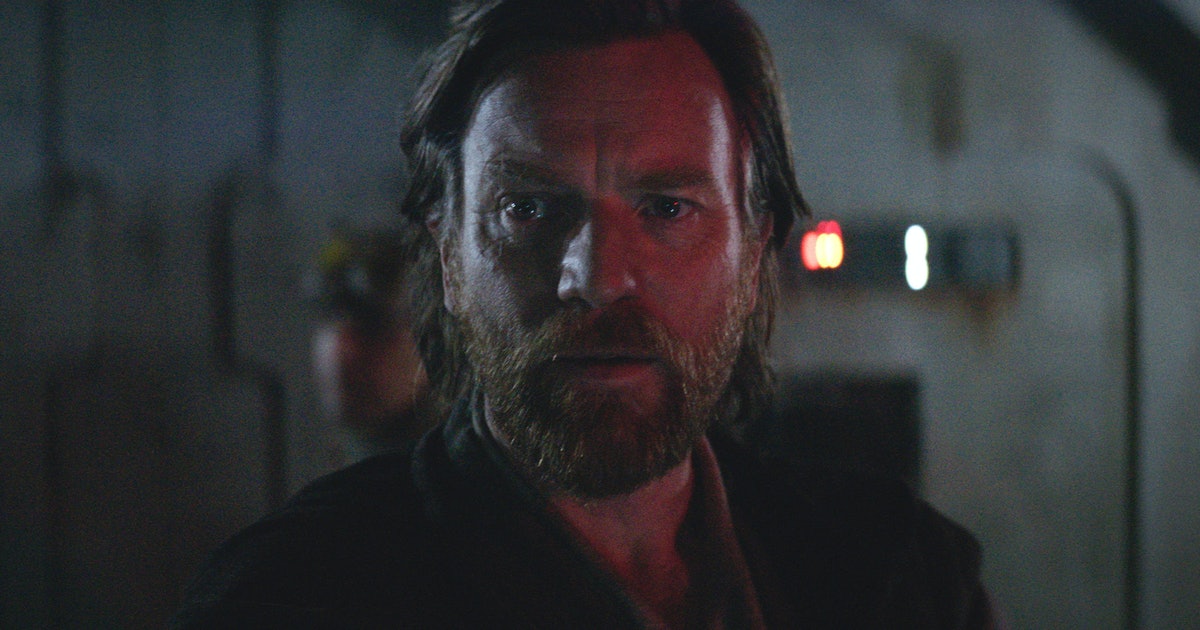 The last moments of Obi-Wan Kenobi don’t feel like an ending. Although billed as a limited series, one last-minute twist in the finale feels very specifically designed to set up future stories. At the same time, the same last-minute twist explains a long-standing Star Wars prequel mystery that has never been specifically solved, until now. Spoilers ahead for Obi-Wan Kenobi Part VI.

In a punch-the-air moment, the Obi-Wan finale finally depicts the first meeting between Luke Skywalker and Ben Kenobi. After Obi-Wan tells Owen that he’s not going to keep bugging him about training Luke as a Jedi, Owen lets Ben meet the boy, at which point we get Ewan McGregor saying “hello there!” to young Luke (Grant Freely). Chronologically, as far as we know, the next time Kenobi will say “hello there” will be to R2-D2, about nine years later in A New Hope.

This moment also establishes why Ben and Luke know each other in A New Hope, and finally gives us the origin of Luke’s T-16 Skyhopper toy; teased in the first Obi-Wan episode. It also gives this toy special significance, which makes it all the more poignant in A New Hope. Obi-Wan giving this toy to Luke is a kind of peace offering to Owen; making it clear that Obi-Wan believes Luke should be allowed to just be a kid, and not be forced onto the path of becoming a Jedi. So, nine years later, when Luke is playing with the same toy in A New Hope, right before he gets the message from Leia about Obi-Wan, well, let’s just say it’s like poetry.

After every loose end is seemingly tied up, Obi-Wan heads back out into the desert, presumably, to find a better place to live than a cave. In the last moments of the episode, the ghost of Qui-Gon Jinn — played by Liam Neeson in an uncredited cameo — shimmers into view. This moment seems like a big fan service nod; giving everyone a last-minute shot of nostalgia for the prequel era. But, crucially, seeing Qui-Gon’s spirit again actually fixes a very old plot hole from Revenge of the Sith.

By the time of A New Hope, Obi-Wan Kenobi confidently lets Vader strike him down to “become more powerful than you can possibly imagine.” But, 19 years earlier, in Revenge of the Sith, the idea that a Jedi could become one with the Force was news to Obi-Wan. In Sith, Yoda promised to teach Obi-Wan how to “commune” with the spirit of Qui-Gon Jinn, but in terms of on-screen canon, we’ve never seen that happen.

Why is this so important? Well, other than the fact that this is the first time we’ve seen McGregor and Neeson onscreen together since 1999 (really!) the appearance of Qui-Gon also helps to fully solidify Obi-Wan’s strategy later in A New Hope. To be clear, when Obi-Wan vanishes after Vader hits him with the lightsaber, Vader is surprised. After Yoda rediscovered the trick of turning yourself into a Force Ghost in The Clone Wars, that information did not become mainstream right away. There’s every indication that becoming a Force Ghost was Yoda’s long game for beating the Sith, but having Qui-Gon be able to teach Obi-Wan how to do it is a crucial first step toward literally everything that happens in the original trilogy. If Ben never got together with Qui-Gon’s ghost, and never learned how to become a Force Ghost himself, then Luke could have (probably) not destroyed the Death Star.

While Obi-Wan Season 2 has not been confirmed by Lucasfilm and Disney, Ewan McGregor has indicated he’s open to doing another season. And now, it’s easy to see why. The introduction of Qui-Gon’s ghost could easily lead to a Season 2 in which Obi-Wan is mastering the next level of his Force powers. On top of that, several compelling characters that were first introduced in Obi-Wan Kenobi — specifically Reva (Moses Ingram), Roken (O’Shea Jackson Jr.), and Haja Elstree (Kumail Nanjiani) — are alive and well by the end of the finale.

And, because Reva essentially joins the “good” side of the Force by the end, all three of those characters could recruit Obi-Wan for some kind of mission for the Rebellion. We know that Ben has to be on Tatooine nine years after the events of this season of Obi-Wan. But, that’s a lot of time for him to have other adventures; or for the characters introduced in this series to get a show of their own. In any case, everyone has just taken a big step into a larger world.

20 years ago, Disney’s most chaotic sci-fi experiment ever paid off