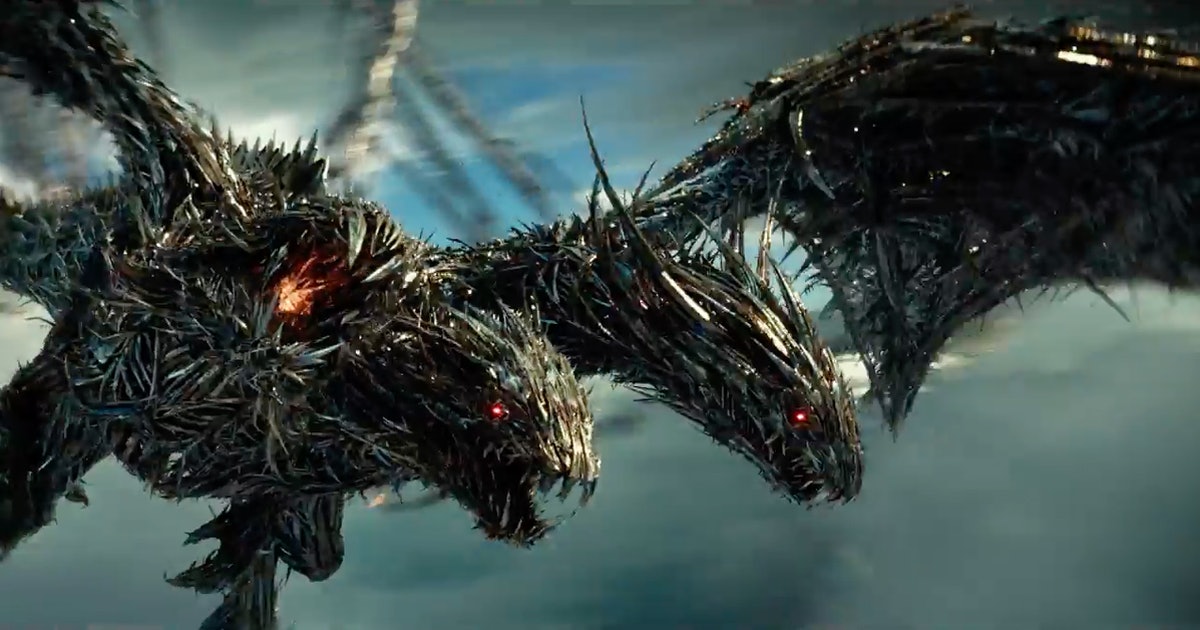 5 years ago, Michael Bay made the most exhausting sci-fi movie ever

By the time Transformers: The Last Knight hit theaters in summer 2017, the Michael Bay-helmed toy franchise was in trouble.

The previous movie had grossed more than a billion dollars worldwide back in 2014 — making it the highest-grossing movie of the year, and one of the 10 highest of all time — but it had also been roundly dismissed by critics. “A new franchise low, featuring flailing actors, dull, incomprehensible action and murderous Autobots that act like whiny, petulant dicks,” was a typical review. Peter Cullen, who voiced series’ hero Optimus Prime, was publicly complaining about the direction of the series, and Hasbro had announced then abandoned plans for four Transformers movie without Bay.

By the time The Last Knight was released, confidence in Transformers as a franchise was at an all-time low. Somehow there were even political blunders, as people objected to the birthplace of Winston Churchill being transformed into a Nazi stronghold for the film. But as unlikely as it seemed, The Last Knight was about to make everything so much worse.

There are many things you can accuse The Last Knight of, including being utterly nonsensical, being disinterested in traditional storytelling traits like “introducing your characters to the audience” and “giving any kind of context to the battles they’re involved in,” and having no idea what to do with any of its actors. But, like all Transformers movies directed by Michael Bay, it’s impossible to accuse The Last Knight of lacking ambition. This is a movie that, for no obvious reason, not only links the Transformers to Arthurian myth, but opens with a six minute flashback to a medieval battle where a Transformer turns into a fire-breathing dragon, because… I don’t know, Game of Thrones was really hot at the time?

That opening sequence is somehow a perfect introduction to the movie that follows, although that might not be immediately obvious from any plot synopsis. For those unfamiliar, Optimus Prime, who left Earth at the end of the previous movie to hunt down the alien race responsible for both the creation of the Transformers and the extinction of the dinosaurs (don’t ask), arrives on his home planet of Cybertron, where he runs across Quintessa, one of said aliens, who brainwashes him and sends him back to Earth to search for Merlin’s staff, which used to belong to ancient Transformers and has enough power to restore Cybertron.

Meanwhile, on Earth, the remaining Autobots have teamed with up Mark Wahlberg’s, ugh, Cade Yeager, to hunt for Merlin’s staff too, which they’re alerted to by the unexplained arrival of an ancient Transformer who promptly dies after serving his plot purpose. The Decepticons are also looking for the staff, and they’ve teamed up with the American government to get it because, well, they just are. This is a movie you either roll with or turn off.

The Autobots find the staff, before being ambushed by the brainwashed Optimus Prime who stops being brainwashed after a fight, and then the Decepticons show up and there’s more fighting, and by the way it’s revealed that the staff isn’t just something that can restore Cybertron, it’s also an object intended to be used at Stonehenge to activate Earth, which is actually the planet eating Unicron, and for a moment it looks as if Earth itself is going to transform, but that doesn’t happen because the Earth is hit by the remains of Cybertron, and then there’s another fight and it’s all over.

You might be thinking that doesn’t make a lot of sense. And that is why a sloppily directed six minute flashback to Arthurian times that features a lot of fighting, lacks a satisfying climax, and also makes little sense is the perfect introduction to this monstrous movie.

It’s almost unnecessary to complain about the plot holes in The Last Knight, because it’s not as if earlier Transformers movies were models of tight, well-constructed storytelling. Yes, it makes literally no sense that the government would team with the evil Decepticons. Sure, the Merlin’s staff plot point is lazy and the Unicron reveal is just bonkers. Are we surprised at this point?

Worse is the fact that The Last Knight relies on the event of its predecessors while simultaneously not making any effort to remind fans or explain to new viewers what the hell is happening. Even the introduction of characters, whether they’re new or returning, is almost entirely avoided, leaving viewers to pick up context clues that barely exist. It’s a form of storytelling that thinks it’s respecting its audience by not spelling everything out, but which instead seems upset that it has to acknowledge the audience at all.

By this point in the franchise, Bay’s hyper-kinetic direction had metastasized into something unable to slow down enough to tell a coherent story, populated by increasingly generic and ugly robots that spew catchphrases and punchlines instead of dialogue, and all in front of humans who express emotion by squinting at the camera.

All of these traits were present in the earlier movies, but in this fifth installment they’re magnified to the point where it’s impossible to see anything else. Many blockbusters are described as visually boring or confusing, but this is simply an ugly movie. Viewers who make it to the end of its relentless 149 minute runtime should feel proud of themselves, albeit while questioning how they use their time.

Ultimately, Transformers: The Last Knight is an unintentional disaster movie. Surprisingly, given the success of the franchise to this point, audiences felt the same way. The Last Knight made $605.4 million worldwide, almost half of its predecessor, and it actually lost money once production and promotional costs were factored in.

That wasn’t enough to kill the franchise, but it was enough to prompt a significant rethink. Bumblebee, when it arrived in theaters a year later, wasn’t an outright reboot, but it was a prequel that ignored the earlier movies, told a small story, and redesigned the Transformers themselves to more closely resemble their 1980s toy incarnations. In 2019, when the next Transformers movie was announced, it was officially a sequel to Bumblebee as opposed to a follow-up to The Last Knight, despite the fact that the latter ends with a scene teasing a continuation of its exhausting story.

Transformers: The Last Knight will stand as a testament to its creators’ inability to recognize the limits of a franchise and an audience’s patience for self-indulgence at the expense of storytelling. It wasn’t that moviegoers were necessarily done with giant robots in disguise by 2017 – the fifth movie in a franchise is nothing in the MCU era, after all – but what Bay and Paramount didn’t realize until it was too late was that, in order to survive, Transformers had to change to keep people engaged. If only there was something in the property’s name that could have given them a clue.

By the time Transformers: The Last Knight hit theaters in summer 2017, the Michael Bay-helmed toy franchise was in trouble. The previous movie had grossed more than a billion dollars worldwide back in 2014 — making it the highest-grossing movie of the year, and one of the 10 highest of all time — but it…

By the time Transformers: The Last Knight hit theaters in summer 2017, the Michael Bay-helmed toy franchise was in trouble. The previous movie had grossed more than a billion dollars worldwide back in 2014 — making it the highest-grossing movie of the year, and one of the 10 highest of all time — but it…

No, Google’s Deepmind isn’t on the verge of human-like reasoning