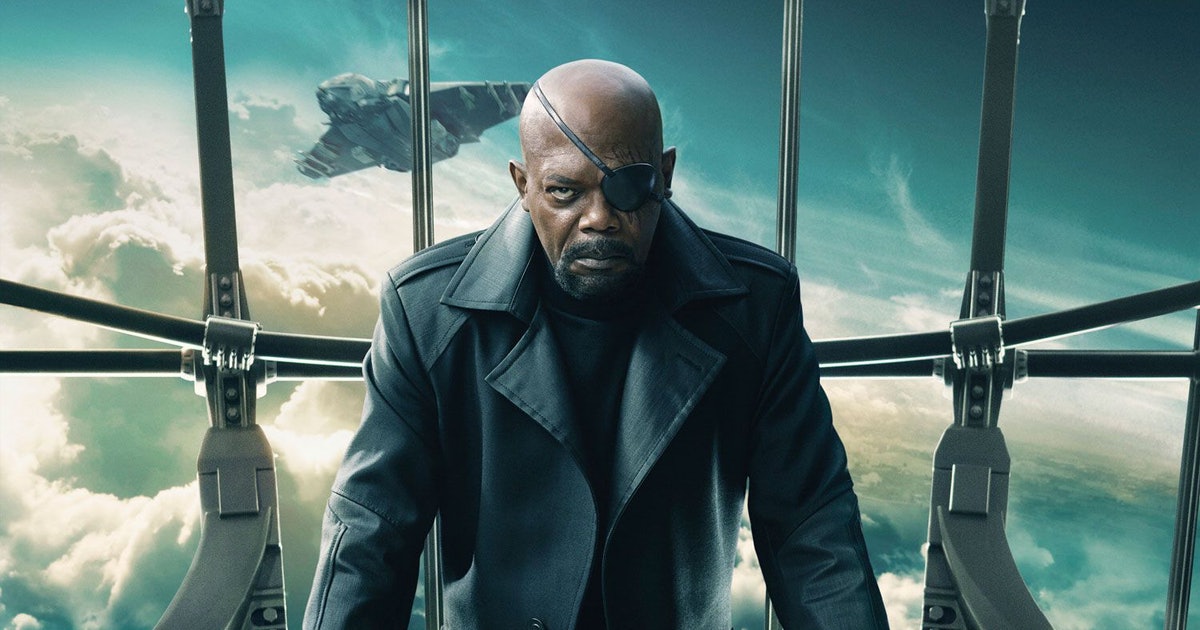 15 years ago, Marvel revealed its most ambitious crossover ever

Who do you trust?

It was a tagline that launched dozens of conspiracy theories, stretching back to the very beginnings of the Marvel Universe. It was a story that reunited the world’s greatest heroes in the face of a seemingly insurmountable threat. It was a secret invasion that emerged as one of the greatest Marvel comics events of the 2000s.

Since the first appearance of the shape-shifting extraterrestrial Skrulls back in 1961’s Fantastic Four #2, they’d posed a reoccurring threat to the cosmos. But in 2008, the Skrulls revealed themselves as an empire reborn and in possession of a new homeworld: Earth.

Alien invasions have always been standard comic book fodder, but legendary Marvel writer Brian Michael Bendis and artist Leinil Francis Yu took a different approach with Secret Invasion. Across the eight-issue series — and a multitude of tie-in comics — Bendis unveiled an invasion that had already begun, unseen and undetected. The Avengers, Young Avengers, the X-Men, the Fantastic Four, the Thunderbolts, S.H.I.E.L.D., and The Guardians of the Galaxy were all left unprepared. In that vacuum, new heroes and villains rose up, changing Marvel’s comic book landscape forever.

Those who have kept a close eye on the MCU are certainly aware that Marvel Studios has big plans for the Skrulls, following their debut in Captain Marvel (2019). The Skrulls we’ve gotten to know thus far — Talos (Ben Mendelsohn) and his wife, Soren (Sharon Blynn) — seem well-intentioned as they continue their search for a new homeworld. They even covered for Nick Fury (Samuel L. Jackson) and Maria Hill (Cobie Smulders) during the events of Spider-Man: Far From Home (2019).

But the upcoming limited series, Secret Invasion, on Disney+, starring the aforementioned players along with several notable newcomers, points toward a division in this quest and a renewed conflict with the Kree. If the comics are any indication, the MCU may be contending with the after-effects for years to come.

The secrets behind Secret Invasion

Secret Invasion was years in the making. Bendis had been teasing it since as far back as his 2004 comic Secret War, an espionage miniseries unrelated to the other two Secret Wars. While Skrulls didn’t appear directly in Secret War, readers were clued in that there was something amiss within S.H.I.E.L.D. and the relaxed government protocols of the world’s superpowers.

Specifically, Fury was concerned that a Latverian invasion on American soil was inevitable unless drastic measures were taken. After the president ignored Fury’s warnings, the super-spy assembled a covert team of heroes to overthrow Latverian Prime Minister Lucia von Bardas, who took control of the country after Dr. Doom was trapped in hell.

While the specifics of Secret War’s narrative are not inherent to understanding Secret Invasion, thematically there is a very obvious post-9/11 concern reflected in this story, which continues to play out into Secret Invasion. The Marvel Comics of this era reflected real-world fears that another terrorist attack was just waiting to happen. Worse, when it did, it wouldn’t be from an enemy we’d see coming but from those who looked like our friends, neighbors, and idols.

(Bendis wasn’t far off. As the U.S. government became increasingly concerned with wire-tapping and starting wars in other countries, white nationalism was on the rise, giving way to the breed of domestic terrorists and mass shooters who would create a new landscape of fear over the next decade and onward.)

In the pages of his ongoing title, New Avengers, Bendis revealed that the assassin Elektra had been replaced by a Skrull in the aftermath of the Superhero Civil War. Then, in a twist that made readers’ heads spin, Jessica Drew (aka Spider-Woman), who had been a founding member of the New Avengers, was revealed to be an impersonation by the Skrull Queen Veranke.

Bendis credits the 2006 cosmic event series Annihilation by Keith Giffen for setting up his own story. In that comic, the Skrull homeworld is destroyed, which motivates the shapeshifting aliens to believe Earth is rightfully and religiously theirs.

Because of the political climate at the time, some attributed the Skrull Empire’s crusade to be an allegory for the historically complicated land situation between Israel and Palestine. That may have certainly played into the story, but in hindsight, Secret Invasion feels like a precursor to evangelical Americans believing the United States to be theirs by right, in rejection of the cultural and religious melting pot of the 21st century.

Secret Skrulls among us

Politics aside, most readers were simply enticed by the idea that some of their favorite characters had secretly been Skrull agents for years. This naturally led everyone to question the choices heroes and villains had made in the seven years since Bendis had emerged as Marvel’s most prolific voice in 2000.

Spider-Man acting out of character? Skrull. Hawkeye alive again? Skrull. Iron Man going all in on the Registration Act? Skrull.

While most fan theories turned out to be incorrect, as they so often are, Secret Invasion certainly wasn’t lacking in twists.

The Skrulls assumed the guises of the following characters, though only several of them, as noted, were long-term plants who’d been operating on Earth for years.

The plot of Secret Invasion

Years earlier, in the aftermath of the Kree-Skrull War, the Illuminati (Mr. Fantastic, Black Bolt, Charles Xavier, Iron Man, Namor, and Doctor Strange) warn the Skrull Empire against further attacks on Earth. The Skrulls don’t take kindly to their threats and study the heroes, devising a means to somehow use this knowledge of their powers and behaviors to take revenge in the future. Reed Richards is of particular interest to them, given that he was the first superhero their kind encountered. (Reed permanently turned them into cows.)

Some time later, the Skrull Princess Veranke warns of a prophecy that foretells the end of the Skrull Empire. She is exiled for extremism by Emperor Dorrek, but Veranke’s prophecy comes to pass. The Skrull planet, Tarnax IV, is destroyed by Galactus, leaving Dorrek dead and the Skrull Empire in shambles. Veranke, as the rightful successor, returns from exile to become new Skrull empress.

Veranke plans to avoid the mistakes her predecessors did. Instead of attacking with force to claim Earth as her new homeworld (as was also prophesized), she decides to use the knowledge of their studied foes and infiltrate them slowly over time.

Seizing on the divisions created by Marvel’s Civil War, Veranke as Spider-Woman alerts Tony Stark to the presence of Skrulls on Earth by showing him the dead body of Pagon, who was undercover as Elektra. Faced with the stress of his new position as head of S.H.I.E.L.D. — and his inability to trust even his greatest allies — Tony Stark keeps the superhero community in the dark for too long.

It doesn’t hurt that, during the early stages of the invasion, several key superheroes were off the board. Thor, Scarlet Witch, and Steve Rogers were all either missing or dead at the time, giving the Skrulls the perfect opportunity to infiltrate Earth undetected.

Secret Invasion begins in full with the crash-landing of a Skrull ship in the Savage Land. Then, Skrull agents planted in Earth’s superhero teams and government agencies simultaneously destroy the planet’s global defense headquarters, the Peak, home of S.W.O.R.D.

They also enable a prison break at The Raft, destabilize S.H.I.E.L.D.’s Helicarriers, and send the Baxter Building into the Negative Zone. This last act leaves Reed Richards to believe his family is dead, a retaliation for his unjust act against the Skrulls decades earlier.

Veranke as Spider-Woman reveals herself to Stark and infects him with a virus, all while attempting to convince him that he too is a Skrull who has forgotten his mission. This isn’t the truth, but it does a number on Stark psychologically as he still feels responsible for the assassination of Rogers in the aftermath of the Civil War.

The Avengers are called to the Savage Land, where they discover their comrades, appearing as they had years earlier in costumes from the ’70s and ’80s, were inside the ship. All of them are Skrulls, except for Hawkeye’s ex-wife, Mockingbird, who had been a captive for years.

While the Avengers are distracted by the Skrulls in the Savage Land, Veranke launches a global attack with a Skrull Fleet, also comprised of Super-Skrulls possessing power combinations of Earth’s mightiest heroes.

Battles rage across the world as every superpowered being, both good and evil, makes their stand against the Skrulls. Truly, this is one of Marvel’s most action-packed events, largely because so much of the narrative and motivations were set up beforehand. Secret Invasion is the fireworks display, a bombastic finale that works best in context with what Marvel Comics established in previous years through Secret War, Avengers: Disassembled, New Avengers, House of M, Civil War, and The Death of Captain America.

Veranke is seemingly killed by Wolverine and Ronin (Clint Barton), leading the last Skrull plant, Edwin Jarvis, to reveal himself.

Jessica Jones and Luke Cage’s baby daughter, Danielle, had been left in Jarvis’ care while they joined the front lines. Fearing the battle lost, the Jarvis Skrull disappears with Luke and Jessica’s baby, which at the time was a hell of a gut punch. (She was later returned to her parents and the Jarvis Skrull was killed.)

During a massive battle in New York, The Watcher appears in the skies, which is never a good sign. Hank Pym, who’s really the Skrull second-in-command, Criti Noll, activates a new growth serum within the Wasp, which lets out a massive amount of energy, essentially turning her into a giant human bomb.

Wasp, with the recently returned Thor’s help, turns the energy back herself, preventing the explosion but sacrificing herself in the process. A founding member of The Avengers is dead.

Veranke stands against the full might of Earth’s superpowers, and in the end, it’s none other than the nonpowered Norman Osborn who blows her head off with an alien rifle. The kill shot, televised around the world, makes Osborn a hero.

In the aftermath, the president shuts down S.H.I.E.L.D. and Stark Tech. Osborn is tasked with defending the Earth through the new agency H.A.M.M.E.R. and his Thunderbolts Initiative, which will allow villains the chance to redeem themselves as heroes.

But because this is Norman Osborn we’re talking about, he doesn’t do anything without ill intent. Secretly he’s formed his own villainous version of The Illuminati (called The Cabal) consisting of himself, Doctor Doom, Loki, Emma Frost, the Hood, and that duplicitous snake Namor.

Secret Invasion didn’t win over all the critics (it was very much a culmination of a story rather than a complete story itself), but it highlighted the blockbuster potential of longform Marvel storytelling. It also debuted just one month before Iron Man (2008) would change the trajectory of comics and films by employing that same structure.

Secret Invasion made a strong case for following as many Marvel titles as possible, something Marvel Studios has employed with its film and television series as they stand on the cusp of reimagining Secret Invasion for a new medium.

But for MCU fans, the question remains the same: Who do you trust?

Who do you trust? It was a tagline that launched dozens of conspiracy theories, stretching back to the very beginnings of the Marvel Universe. It was a story that reunited the world’s greatest heroes in the face of a seemingly insurmountable threat. It was a secret invasion that emerged as one of the greatest Marvel…

Who do you trust? It was a tagline that launched dozens of conspiracy theories, stretching back to the very beginnings of the Marvel Universe. It was a story that reunited the world’s greatest heroes in the face of a seemingly insurmountable threat. It was a secret invasion that emerged as one of the greatest Marvel…