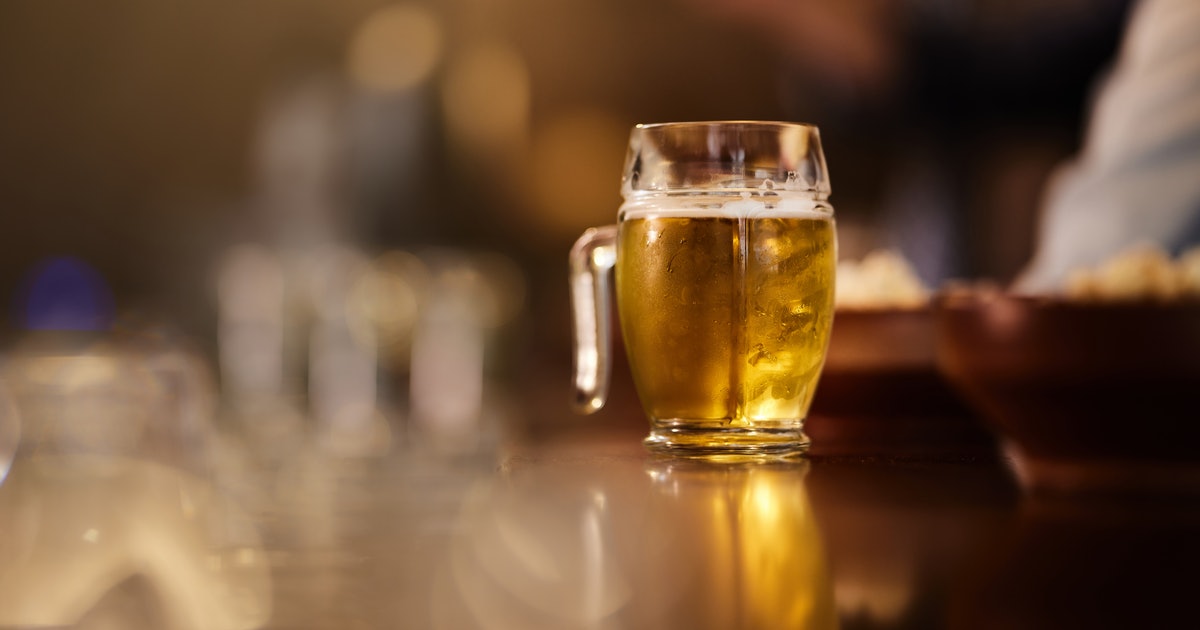 Consider your gut as a pub. The best pub environments are teeming with a diversity of folks. They are chatty but not boisterous, creating a balanced atmosphere. The gut microbiome is similarly rooted in balance. It’s a favorite drinking hole for trillions of diverse bacteria, and the more variety of species, researchers have found, the healthier our gut is.

According to a study published this week in the Journal of Agricultural and Food Chemistry, the gut microbiome and beer may be more connected than we think. A team of researchers based in Portugal found that drinking beer can improve your gut microbiome’s diversity.

What’s new — A small study of 22 healthy men offers evidence that beer — both alcoholic and non-alcoholic — in moderation can improve the gut’s biodiversity. In the study, men drank 330 mL (11 ounces) — just over half a pint — of either 0 percent or 5.2 percent alcoholic lager beer each day for four weeks. The lab collected blood and stool samples before and after the four weeks.

Compared to the pre-beer samples, the post-beer blood and stool samples showed an increased diversity of gut bacteria. More importantly, both groups showed improved biodiversity, meaning that alcohol is independent of this progress. Ana Faria, a metabolism and food chemist at the Comprehensive Health Research Centre and the study’s corresponding author, writes to Inverse that the effects from the two groups were “equally positive.”

“It was very interesting to see that the effect on microbiota was independent of the alcohol content, supporting our expectation that beer components can affect microbiota diversity,” Faria says.

Why it matters — The gut microbiome is a health hub, and there’s striking evidence that increased biodiversity makes for a healthy gut, which makes for a healthy body and mind. Whole grains, fiber, and vegetables are a few pillars of gut health. If beer can join the list, it’s another point for potential benefits from alcoholic drinks, though Faria hopes this study also speaks to how non-alcoholic beer has its place as more than a sober option.

“We hope that people can see that moderate beer consumption as a part of a well-balanced diet can be used as a strategy to improve our microbiota,” she writes. “Particularly the responsible choice of non-alcoholic beer.” She underscores that this novel finding shows that it’s beer’s chemical composition — not simply its alcohol content — that improves gut health.

This study intimates that beer’s contribution to the gut comes from a number of factors including its polyphenols, which are nutrients that come from plants (in this case barley and wheat) and contain antioxidants; postbiotics, a term for the byproducts left over after bacteria in the gut digest fiber and other food; and, of course, fiber itself, which our body can’t digest but our gut microbes can. And yes, beer does have fiber!

Digging into the details — While this study appears to validate enjoying a beer on occasion, it’s certainly not advocating that anyone drink more. While we know excessive alcohol is unhealthy, these promising but fledgling findings need more investigation.

“While I welcome rare trials like this, without any larger replication studies, we should be skeptical,” writes Tim Spector, professor of genetic epidemiology at King’s College London. Spector was not involved in the research.

Spector wants to see a similar trial repeated, but with hundreds or thousands of people. Convincing evidence would come in the form of gut microbiota benefitting consistently from drinking a beer a day. While this study makes a good case for investing in a larger trial, there’s much left unsaid, including how these participants’ diets influenced their guts, whether the beer had any deleterious effects on them, and, of course, how drinking just over half a pint of beer a day impacts women and people with health conditions.

Spector also points out that there was no control group, meaning there was no group of people who did not change their diet at all over four weeks for comparison. While Faria’s group used pre-beer biometrics as their control, the participants already could have been drinking frequently. And lager, according to Spector, has “relatively low levels of polyphenols and little fiber,” so he’s incredulous of noticeable growth in only four weeks from the beer alone.

What’s next — Faria wants to continue investigating non-alcoholic beer. Future trials would include greater amounts of people of various genders. There’s even the possibility of beer as medicine. Faria is interested in whether beer or other fermented foods have a disease application for dysbiosis, which is a persistent imbalance in the gut microbiome.

Again, if your gut is a pub, think of some bacteria as obnoxious college students who flood the bar and ruin the vibe for everyone. While some college students are good for a diverse pub, too many can change the social composition altogether.

Consider your gut as a pub. The best pub environments are teeming with a diversity of folks. They are chatty but not boisterous, creating a balanced atmosphere. The gut microbiome is similarly rooted in balance. It’s a favorite drinking hole for trillions of diverse bacteria, and the more variety of species, researchers have found, the…

Consider your gut as a pub. The best pub environments are teeming with a diversity of folks. They are chatty but not boisterous, creating a balanced atmosphere. The gut microbiome is similarly rooted in balance. It’s a favorite drinking hole for trillions of diverse bacteria, and the more variety of species, researchers have found, the…