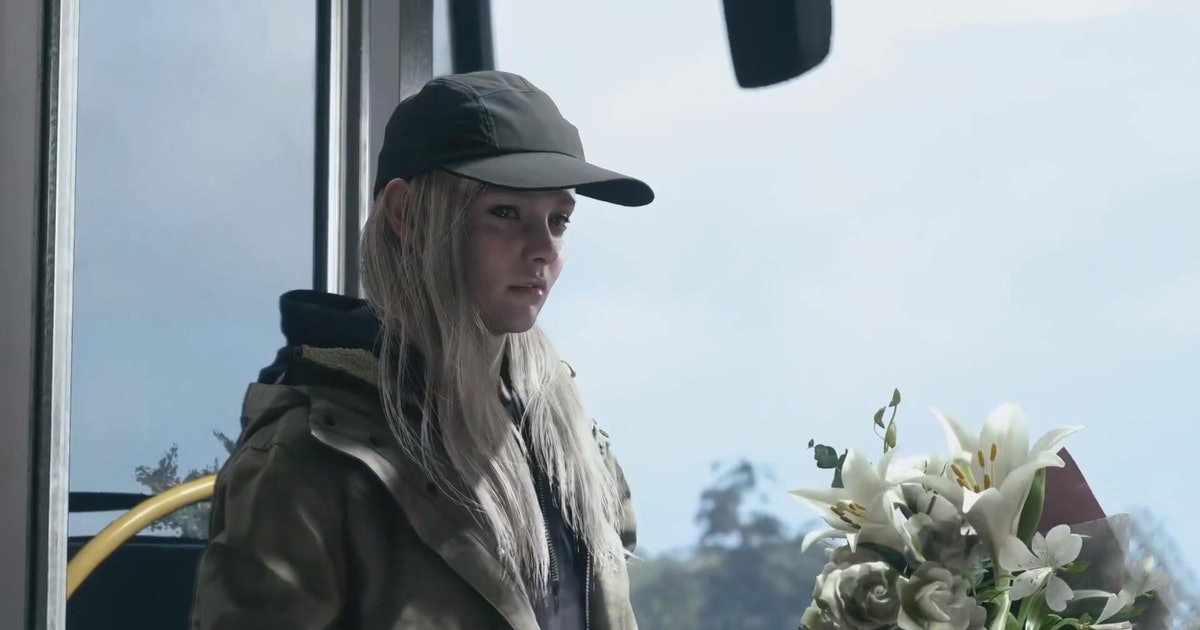 5 crucial details from the ‘Shadow of Rose’ trailer

Resident Evil Village brought a new perspective on the lore and overarching narrative of the franchise, and the game’s ending left things on an interesting cliffhanger. Now that ending will finally be followed up on with the DLC Capcom promised at the game’s release. Shadows of Rose is a brand new epilogue story that focuses on Rose, the daughter of Ethan Winters, set 16 years after the events of the main game. The reveal trailer for Shadows of Rose is packed full of little details, and there are some interesting hints about where Rose’s story might be going in Resident Evil. We know roughly when this takes place, but how exactly does it fit within the wider timeline of the RE narrative.

The presentation for Shadows of Rose states, “To break free of the curse of her powers, she enters the consciousness of the Magamycete.” The only catch here, of course, is that the Megamycete was presumably killed by Ethan Winters at the end of Resident Evil Village. So how exactly is Rose entering its consciousness?

Rose was born from Mold-mutated parents, and because of that, she bears a direct link to the being. The trailer shows her interacting with canisters holding something, ones that look very similar to the canisters Ethan collected in the main game. The best bet is that these canisters were collected by Chris or the BSAA and contain remnants of the Megamycete. Interestingly, as we learn in RE7 and RE8, the Megamycete is a network of shared consciousnesses, and there’s a kind of “other world” that the being creates. This other world is where the good parts of the Baker family were trapped when their bodily forms were turned into horrific creatures.

The most important detail here is that this world Rose travels to can be inhabited by not only the Megamycete itself but other consciousnesses that are trapped within it. This means that Rose could run into a variety of “people” in the world, perhaps even Ethan himself if a part of his consciousness is still there.

One of the more interesting scenes in the trailer features none other than the mysterious merchant known as The Duke. While he was an ally to Ethan in Village, it seems like this time around he’s playing the role of a villain, and he’s able to summon Mold-like monsters. Despite how present he was throughout the main game, we still know very little about the character, so it seems fitting that we learn more about him now.

During the finale of Village, Ethan asks The Duke about his true nature, to which the character responds, “Even I can’t quite answer that.” It’s possible that the merchant is some kind of immortal being created by the Megamycete, and although he helped Ethan it always seemed like the character was following his own agenda, and he could end up being the mastermind behind something.

Equally, another theory is that part of The Duke has been trapped in the shared consciousness of the Megamycete, but because he’s “good” in the real world, it’s the “evil” part of him that’s trapped.

The trailer for Shadows of Rose reveals that a mysterious person named Michael will be helping Rose as she navigates the world of the Megamycete. The problem here is that there’s really no indication of who this character could be, or what they want. It seems like Michael knows a lot about the Megamycete as he’s warning Rose to leave, but that doesn’t necessarily mean he’s a friend. Michael could be yet another person whose consciousness has been trapped in the world, someone we haven’t met yet. Michael could also be the unnamed character pop up in the trailer, who seemingly helps Rose break into the lab to steal the Megamycete.

Although this seems extremely unlikely, there is one character named Michael in the Resident Evil franchise, and that’s Michael Warren, who was the last mayor of Raccoon City. Warren was responsible for the explosive growth the city saw after he forged the deal with Umbrella Corporation. When the Raccoon City incident happened, Warren fled the city and placed himself in the custody of the U.S. Army, meaning he could still be alive. Again it seems unlikely, but perhaps Michael Warren has sought redemption because of his role in Raccoon City and subsequent events?

Who’s the other Rose?

The last interesting piece of the trailer is the presence of another Rose in the Megamycete world. As we’ve already covered multiple times, this could be a piece of Rose’s consciousness. It could also be a copy or clone of Rose, as we know the Megamycete absorbs people in order to make copies of them.

There’s an interesting parallel to draw here with the Little Miss episode of Resident Evil Revelations 2. Little Miss revolves around Natalia, a superhuman born from the t-Phobos Project, who was also used to house the consciousness of Alex Wesker for a time. The entirety of Little Miss takes place in a dreamscape, where Natalia meets a doppelganger in a black dress, just like Rose in the DLC trailer. Eventually, it’s revealed that Natalia’s doppelganger is actually Alex Wesker’s consciousness trying to trick her.

Even with just a short trailer, there are a lot of similarities between Shadows of Rose and Little Miss, and even if there aren’t direct story connections Capcom could be taking thematic cues. With that in mind, it seems likely that the dark doppelganger of Rose is some kind of trick, and could very well be the main villain.

What happens if Rose loses her power?

Resident Evil Village takes place in 2021, and Shadows of Rose will take place 16 years later. This is by far the furthest we’ve ever been in the timeline, and we still know very little about what happened in those 16 years. The epilogue of Village makes it clear that Rose is using her powers to help the BSAA combat biohazard threats, and that Chris Redfield has filled some kind of caretaker role. Still, it seems like Rose holds a lot of hatred for how Chris and the organization use her, and the trailer for Shadows of Rose suggests that she’s been ostracized her whole life.

Things likely aren’t as simple as “losing” her powers, however, and it’s possible that if Rose loses them someone else, like a doppelganger, gets them. Alternatively, this could be a situation of someone trying to gain control of Rose’s consciousness, and thus her powers. This could create a brand new biohazard threat — or the creation of a new Mold colony. We know Chris is still a big part of Rose’s life and the BSAA, so it’s extremely likely he’ll appear or pop up in some form, albeit much older.

Resident Evil Village brought a new perspective on the lore and overarching narrative of the franchise, and the game’s ending left things on an interesting cliffhanger. Now that ending will finally be followed up on with the DLC Capcom promised at the game’s release. Shadows of Rose is a brand new epilogue story that focuses…

Resident Evil Village brought a new perspective on the lore and overarching narrative of the franchise, and the game’s ending left things on an interesting cliffhanger. Now that ending will finally be followed up on with the DLC Capcom promised at the game’s release. Shadows of Rose is a brand new epilogue story that focuses…

This game might be your new movie night obsession