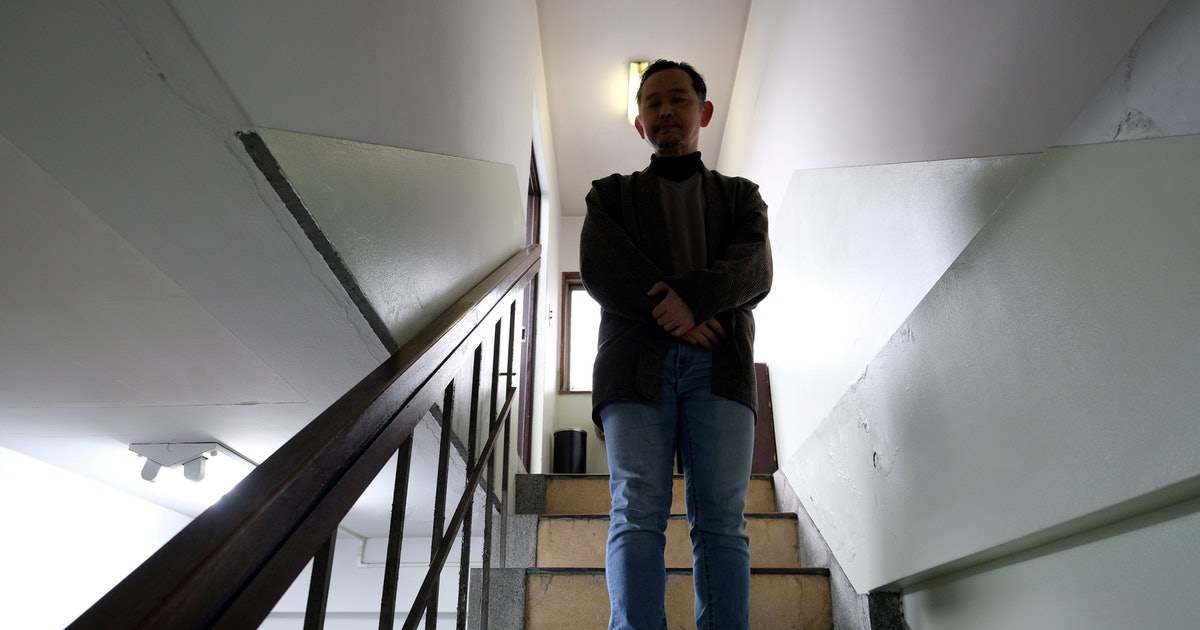 Hikikomori stems from hikikomoru, a compound verb made up of the Japanese characters for “to pull back” and “to seclude oneself.” Extreme social withdrawal has been observed among Japanese youth since the 1970s and by the 1990s it was so common as to warrant its own descriptor. Today, it’s estimated that at least one million people in Japan experience extreme social withdrawal.

Hikikomori was first thought to be a Japanese-specific sociocultural event, but experts now acknowledge anyone anywhere can experience the features of hikikomori. It’s also becoming more common.

What’s new — In a new study published in the journal Dialogues in Clinical Neuroscience, researchers at Kyushu University in Japan reveal a breakthrough: There are specific blood biomarkers linked to hikikomori. These biological signatures are strong enough that researchers could identify who experiences extreme social withdrawal and who does not from their blood. One day, these biomarkers may lead to novel and much-needed treatments.

Takahiro Kato is the study’s senior author and an associate professor at Kyushu University. He’s also a leading expert in the study of hikikomori and established the first, and currently only, research clinic which specifically focuses on hikikomori in the world. In the past, Kato has examined the biological basis of depression. He tells me he suspected he might also be able to identify biological factors linked to hikikomori.

His clinic provides several forms of support for individuals with hikikomori and their families. Kato is currently “developing an early consultation system for shut-ins who are unable to leave their homes by using remote communication robots and avatars,” he tells me. Yet the identification of biomarkers could lead to other solutions, such as supplementing certain therapies with medication.

Hikikomori is described as a severe form of pathological social withdrawal that persists for more than six months. In 2010, Japan’s Ministry of Health, Labor, and Welfare included this definition of the phenomenon within a guideline for identifying hikikomori among individuals.

Kato is part of a team of international scientists working toward and proposing more precise diagnostic criteria, which they hope will be included in future iterations of clinical textbooks, including the Diagnostic and Statistical Manual of Mental Disorders and editions of the International Classification of Diseases.

Hikikomori is considered mild, moderate, or severe depending on how often the person leaves their home. Critical to a diagnosis is whether or not social isolation is causing the individual distress and hindering them from living a fulfilling life. While people with social anxiety disorder typically want to avoid social interactions, people who experience hikikomori wish to stay apart from society.

Kato’s research also suggests around 70 percent of people with hikikomori are also diagnosed with different psychiatric conditions, including depression and schizophrenia. Improved criteria for diagnosing hikikomori can also help tease out the differences in conditions.

What biomarkers are linked to social withdrawal?

Kato and colleagues took blood samples from 42 people with hikikomori and 41 people who do not experience it. Psychiatric and psychological evaluations were conducted on the day of the blood collection. Individuals who take psychotropic medications were not included in the study.

The team evaluated the blood for small molecules which could reveal differences between the study participants. Ultimately, this research is considered the first reporting of blood metabolic signatures considered useful for identifying who has hikikomori and its severity.

For example, in the blood of men with hikikomori, the scientists identified higher levels of ornithine and serum arginase activity compared to the control group. Ornithine is an amino acid essential for blood pressure regulation, while serum arginase is associated with severe depression.

Levels of bilirubin and arginine were also lower among those with hikikomori. Bilirubin is produced by the breakdown of red blood cells, and blood bilirubin levels tend to be lower in people with depression and with seasonal affective disorder. A lack of sunlight due to staying home could also explain why bilirubin levels are also low among people with hikikomori. Arginine, meanwhile, is an amino acid essential for cardiovascular health and detoxification.

At this stage, he can’t draw any conclusions — but his team is “now preparing for such studies.”

Men and women with hikikomori also had higher levels of long-chain acylcarnitine compared to the control group. Acylcarnitines are essential for supplying energy to the brain.

Does having these biomarkers put someone more at risk of becoming pathologically withdrawn from society, or do they develop as a result of the condition? This is the “chicken or egg” question, Kato says. He thinks both explanations are possible

His team is exploring new studies to try and answer this question. The aim is to evaluate the blood of individuals before and after they withdraw from society, as well as those who recover from the condition. The scientists also plan to examine the brains of mice who exhibit withdrawal-like behaviors.

In times of rapid change, it’s possible “human beings will be forced to change biologically.”

That hikikomori is becoming more common worldwide is another ongoing area of interest pursued by researchers. Because it’s observed in a number of countries, including Oman, Spain, India, and the United States, the root cause likely transcends specific socio-cultural and economic factors.

One contributing factor may be that we don’t tend to communicate with people in person unless we really want to. We can buy anything we want online and interact with strangers from the comfort of our own homes.

“The Covid-19 pandemic has also caused people — who had not previously been associated with hikikomori — to refrain from going out,” Kato says. “This is another factor.”

But Kato also questions whether or not hikikomori will always be viewed as a negative phenomenon. It’s possible, he muses, it can one day be viewed as an adaption — perhaps in the future when air pollution makes it extremely unpleasant to be outdoors.

In times of rapid change, it’s possible “human beings will be forced to change biologically,” Kato says. “The results of this study may be the pioneering data to imply this.”

Scientists are now one step closer to providing better care for a rising mental health phenomenon: Hikikomori, or pathological social withdrawal. Hikikomori stems from hikikomoru, a compound verb made up of the Japanese characters for “to pull back” and “to seclude oneself.” Extreme social withdrawal has been observed among Japanese youth since the 1970s and…

Scientists are now one step closer to providing better care for a rising mental health phenomenon: Hikikomori, or pathological social withdrawal. Hikikomori stems from hikikomoru, a compound verb made up of the Japanese characters for “to pull back” and “to seclude oneself.” Extreme social withdrawal has been observed among Japanese youth since the 1970s and…

Symptoms, vaccine for rabbits, and more about the fatal bunny disease in the U.S.