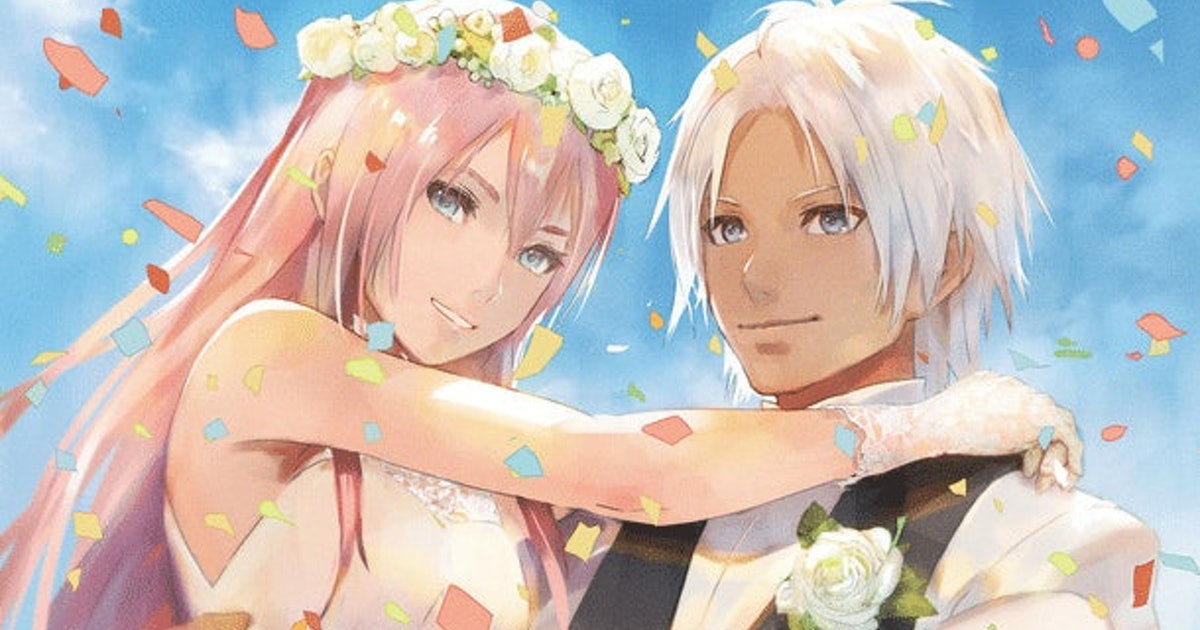 According to the team behind Tales of Arise, which took home the 2021 Game Award for Best Role Playing Game, you don’t.

Tales of Arise centers on the love story between Alphen and Shionne. The former suffers from amnesia and is unable to feel any sort of physical pain. The latter is inflicted with a curse that causes electrifying thorns to shock anything unlucky enough to touch her. Bandai Namco producer Yusuke Tomizawa says there are no plans for a direct sequel, but doesn’t rule out exploring other aspects of Arise’s story due to the positive responses the game has received from fans.

“Since Alphen and Shionne’s journey has come to an end with the main story, we did not create the game with a sequel in mind,” Tomizawa tells Inverse. “On the other hand, after the release of the game, we received many requests from people who really enjoyed the game and wanted to know more about the parts of their story that were not depicted in the game and about their future.”

While that doesn’t rule out future stories set in the world of Arise featuring other fan-favorite characters, it seems the story of Alphen and Shionne is decisively over. So how did 2021’s most memorable video-game romance come to life? To find out, Inverse spoke with Tomizawa about developing the game’s central romance, the unique storytelling challenges posed by the heroes’ unusual ailments, and what’s next for the Tales series.

Tales of Arise is Bandai Namco’s answer to Romeo and Juliet, where a pair of star-crossed lovers are forbidden to be together owing to a family feud. Alphen and Shionne come from separate races — Alphen is a Dahnan and Shionne is a Renan. Renans can perform magical abilities while Dahnans can’t, thus the former have effectively enslaved the latter.

“Although Alphen and Shionne were not inspired by any specific characters from a particular work, I was influenced by various boy-meets-girl stories in movies and anime before I invented the peculiar relationship between Alphen, who has lost his pain, and Shionne, who gives him pain,” Tomizawa explains.

Despite Alphen and Shionne’s differences, they also complement one another, which can be seen through Tales of Arise’s gameplay. During a battle, Alphen is able to wield the Blazing Sword which burns the user holding it, and subsequently drains his own HP to unleash powerful attacks. However, due to his inability to feel pain, he can overcome the drawback. Shionne specializes in healing skills so she can restore any of the damage the Blazing Sword inflicts on Alphen.

“I was influenced by various boy-meets-girl stories.”

Tomizawa notes all entries in the Tales series mirror the relationships between the characters within the gameplay, though it’s especially noticeable this time around.

The development team also took Shionne’s curse into consideration when constructing certain story elements, too. Since her thorns hurt anyone that comes in physical contact with her, certain scenarios weren’t feasible.

“Shionne’s inability to touch anyone else—even animals—did create some difficulties in terms of direction and game design. For example, when specifications such as riding animals were considered, the problem was that Shionne could not ride,” Tomizawa says.

What could have been

Late in the story, we learn Shionne is incapable of physically dying because of her curse. During development, Tomizawa reveals that the team proposed an idea that Shionne would get back up in battle even if her HP depleted to zero. Unfortunately, the team didn’t get around to implementing it.

He further clarifies that this would be purely aesthetic, and not something players could take advantage of to avoid lost battles.

“My idea at the time was intended to be an emotional performance, where she will lose a battle, but only she will stand up alone and mutter to herself that she cannot die,” he explains. “But it might be interesting that only Shionne would be resurrected for the battle, giving her a chance to save the party!”

“They were entrusted beyond history.”

Throughout the game, both Alphen and Shionne go through numerous outfit changes, which reflect their changing roles in the story and relationships with the world around them. Alphen starts off with tattered clothes and Shionne in a white one-piece. They eventually upgrade to the Sincleaver armor and the Noble Scarlet respectively, the outfits were shown on the game’s cover.

When they learn of their true fate, they access their elaborate final outfits, the Gahm Arthalys for Alphen and L’Aze Phiarquis for Shionne. Turns out, Alphen is actually hundreds of years old, and this outfit is what he wore back then. Shionne’s outfit is passed down from her ancestor who kept Alphen company, long before the events of the game. These endgame outfits underscore the fact that they’re destined to be together, across time and space

“These two costumes were deeply related to the fate of the two characters and had an important meaning — they were entrusted beyond history in the story,” says Tomizawa. “Since they were expected to be used in the 2D animation within the story’s latter half, we focused on expressing attractive details.”

Recent Tales games like Tales of Berseria, Zestiria, and Xillia 2 had “good” endings, but demanded some sort of sacrifice from one or more of the primary characters. But Arise is the first in a long while to feature a clear-cut happy ending, which sees Alphen and Shionne getting married.

Tomizawa says that the series doesn’t always celebrate self-sacrifice, but also emphasizes that decisions that shape the fate of the world shouldn’t come easy.

“For me personally, the only thing that matters in both cases is that the irreplaceable choices made by the characters as they face the challenges of their world create emotion and a good experience for the player,” he explains.

Still, he says a happy ending was his goal from the beginning. “In Arise, Alphen, Shionne, and the party have followed a path that has led them to a possible solution, one that they have won through their journey and their interaction with the world in their quest for freedom,” he says.

After enthusiastic responses from fans and critics, Tomizawa says he’s looking forward to the future of Tales, even if the endings won’t always be as happy as that of Arise.

“We have taken on many challenges in the series, and we may not be able to provide everything perfectly, but we will continue to work hard for the future of the series, taking into account the various evaluations we have received from fans,” he says. “We hope you will continue to support us.”

How do you follow up happily ever after? According to the team behind Tales of Arise, which took home the 2021 Game Award for Best Role Playing Game, you don’t. Tales of Arise centers on the love story between Alphen and Shionne. The former suffers from amnesia and is unable to feel any sort of…

How do you follow up happily ever after? According to the team behind Tales of Arise, which took home the 2021 Game Award for Best Role Playing Game, you don’t. Tales of Arise centers on the love story between Alphen and Shionne. The former suffers from amnesia and is unable to feel any sort of…