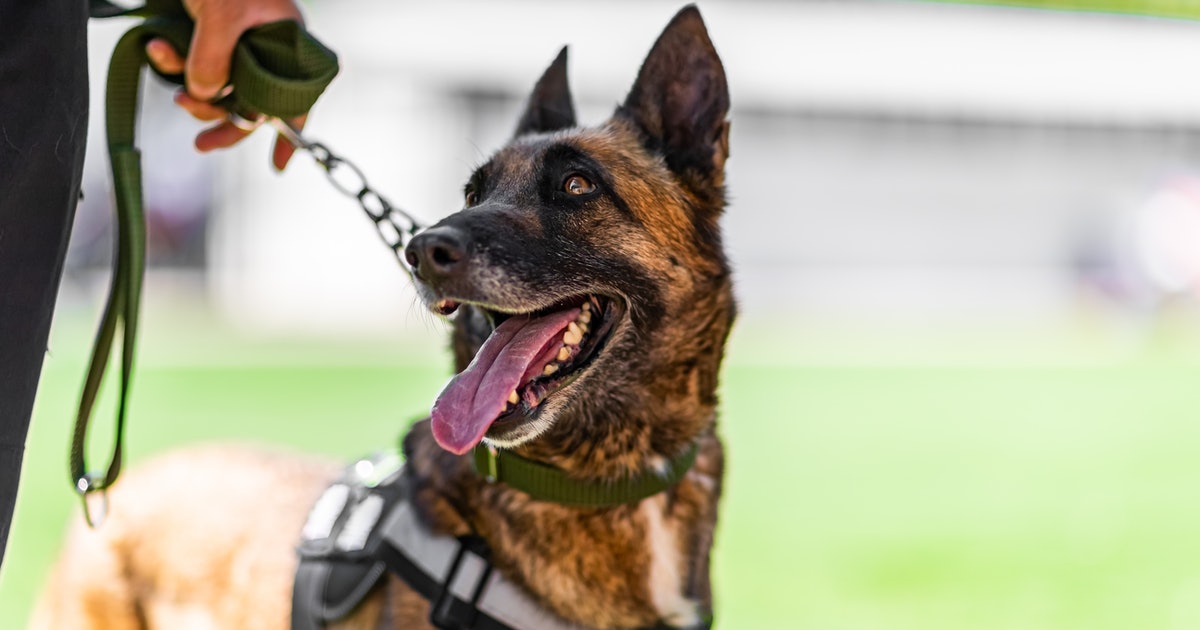 Can dogs detect Covid-19 better than rapid tests? Here’s what the science says

As the pandemic rages on, getting accurate Covid-19 test results remains a struggle. Rapid antigen tests, if taken too soon after the onset of symptoms, can sometimes present false readings. PCR (polymerase chain reaction) tests can detect the virus with greater accuracy than antigen tests, but it can often take days to get results, especially during peak waves.

Enter one possible solution: the canine Covid-19 test. We’ve known for a while now that dogs can sniff out SARS-CoV-2, the virus that leads to Covid-19. In fact, basketball teams have even used trained coronavirus-sniffing dogs to screen for infected attendees. Yet research on the precise accuracy of these canine assessments has been slower-going.

Now, one study out of France suggests we may be able to accurately use non-invasive canine Covid-19 detection tests as an alternative to PCR or antigen tests, helping to minimize the spread of Covid-19. The findings were published Wednesday in the journal PLOS ONE.

“[The] dog test is non-invasive, immediate, [and] cheap, and this study demonstrates it is reliable,” Dominique Grandjean, a co-author of the study and a professor at the National Veterinary School of Alfort in France, tells Inverse.

What’s new — Out of a sample group of 335 patients, 109 tested positive on saliva and nasal tests conducted using standard RT-PCR testing, which “amplifies” the RNA in a sample to detect smaller amounts of the virus with greater sensitivity.

The researchers found the dogs “excellent sensitivity” when it came to detecting SARS-CoV-2, stating that canines could detect the virus with a slightly greater degree of sensitivity than rapid antigen tests.

“Our results show the excellent sensitivity of SARS-CoV-2 detection by dogs using nasopharyngeal RT-PCR as the reference for comparison,” write the researchers.

Compared to RT-PCR tests, dogs were able to detect the virus with 97 percent sensitivity in asymptomatic individuals but even reached 100 percent in certain cases. In other words, dogs were able to accurately detect SARS-CoV-2 almost as often as the RT-PCR tests did. Therefore, dog detection could serve as an alternative to rapid antigen tests, according to the study.

“The results obtained by canine detection using sweat samples are comparable to those of nasopharyngeal antigenic tests,” the researchers conclude.

How they did it — The study took place in February and March of 2021. Researchers recruited more than 300 participants from two Covid-19 screening centers in Paris. They collected non-invasive sweat samples, as well as “invasive” saliva and nasal samples from the volunteers. Approximately 43 percent of participants presented symptoms, but the rest were asymptomatic on the day of testing.

Afterward, researchers placed sweat samples in scent cones in a separate testing room, where trained dogs sniffed the cones in a line-up. The dog handlers did not receive any information about the Covid-19 status of the participants prior to the test (nor did the animals, of course). If a cone contained a sample positive for Covid-19, dogs “marked” the cone by sitting in front of it.

According to the paper, “each line-up was sniffed by at least two dogs in order to mimic a real operational situation.”

Meanwhile, researchers processed the saliva and nasal samples using standard laboratory RT-PCR testing. By comparing the results from the dogs’ detection against the PCR reference tests, the scientists confirmed that canines were able to detect positive cases of Covid-19 on par with PCR tests.

“To our knowledge, this study is the first one carried out prospectively in the context of SARS-CoV-2 screening and the first comparing dog detection and antigenic tests,” write the researchers.

Why we should use dogs — Reasonably, some might ask whether it’s worth going through the hassle of training dogs to detect Covid-19 when we already have antigen and PCR tests. There are two key reasons why it’s worth incorporating dog detection into broader Covid-19 testing and mitigation strategies.

First, PCR tests, while highly sensitive to the virus, can be cost-prohibitive and may take days to return results. Therefore, PCR testing may not be as useful for rapid mass detection, such as screening potentially asymptomatic people at points of entry, in hospitals or schools, or in entertainment venues. Human errors in collecting and storing samples for PCR testing can also lead to invalid samples.

“Sampling for PCR is a major source of mistake,” Grandjean says.

A previous 2020 study on Covid detection wrote: “Obtaining RT-PCR results is time-consuming and can be cost-prohibitive, especially for developing countries.”

The second reason is that some people may be hesitant to get tested due to the invasive nature of the nasal and throat swabs. A sweat sample, which simply requires individuals to place surgical compresses under their armpits, may be less invasive for people who are fearful or sensitive to invasive procedures, such as Alzheimer’s or Parkinson’s patients, as well as individuals with autism.

“Dogs could be used in mass detection, and especially when invasive tests are impossible,” Grandjean says, adding that Covid-19 detection dogs are a “new paradigm” that will be useful, but further research is still required to make sure dogs are specifically detecting SARS-CoV-2 and not other coronaviruses.

What’s next — We’re used to seeing sniffing dogs at airports and checkpoints to detect illicit items and explosives, but it still might be a while before you start seeing coronavirus-sniffing dogs at the mall. After all, this study analyzes dogs that test samples, but it does not examine canines directly sniffing human beings to detect Covid-19.

“Screening people directly, without going through sweat or saliva samples, could also be considered,” write the researchers.

But while the advantage of using detection dogs — instant results — may seem attractive, there are downsides, such as humans’ fear of dogs or potential canine contamination affecting results.

While dog detection is cheap, it also takes anywhere from three to six weeks to train dogs, depending on whether they already have general odor training. The lack of trained dogs is another limiting factor that could prevent their use for mass Covid-19 detection.

“Direct detection by dogs should be further evaluated,” the study authors conclude.

As the pandemic rages on, getting accurate Covid-19 test results remains a struggle. Rapid antigen tests, if taken too soon after the onset of symptoms, can sometimes present false readings. PCR (polymerase chain reaction) tests can detect the virus with greater accuracy than antigen tests, but it can often take days to get results, especially…

As the pandemic rages on, getting accurate Covid-19 test results remains a struggle. Rapid antigen tests, if taken too soon after the onset of symptoms, can sometimes present false readings. PCR (polymerase chain reaction) tests can detect the virus with greater accuracy than antigen tests, but it can often take days to get results, especially…