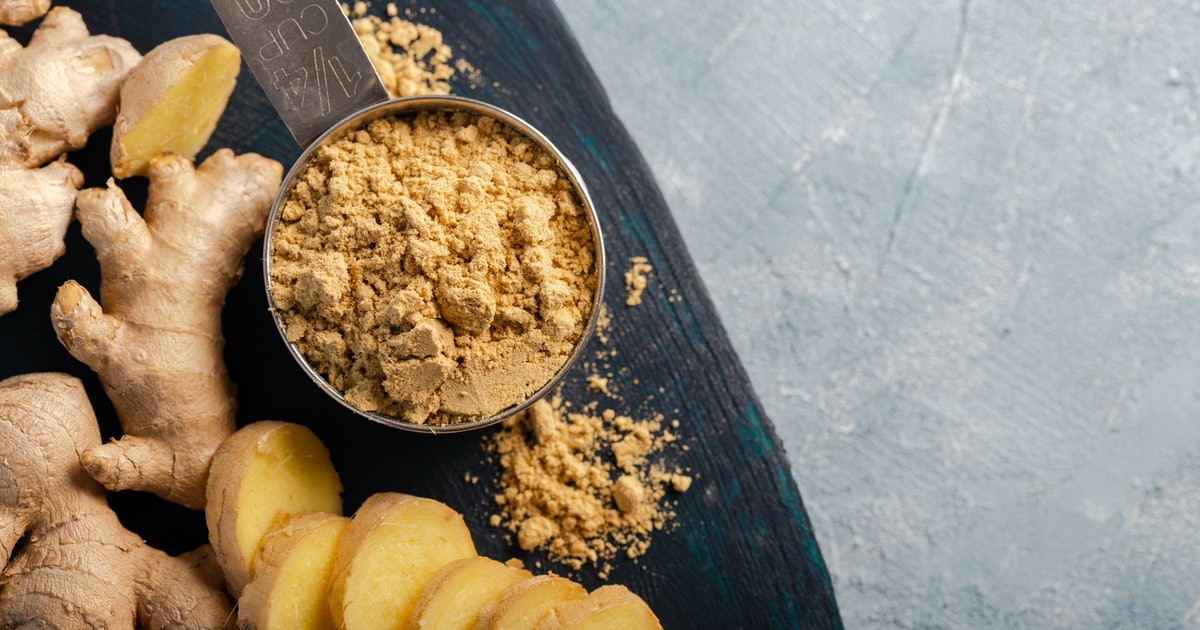 Can ginger cure nausea? A gastroenterologist reveals the spicy truth

Sushi’s two best friends are ginger and wasabi. Each one offers a little something flavor-wise, but gastroenterologist Ali Rezaie at Cedars-Sinai Medical Center has a soft spot for the pale yellow side. “I’m that guy that when he goes and eats sushi asks for four extra plates of ginger,” Rezaie tells Inverse. He loves it most for its taste, but as a doctor specializing in the gut, he thinks the root could have even more benefits than we realize.

For 5,000 years, Chinese and Indian cultures have treated people with ginger. However, it’s still gaining medical recognition in the Western world. A 2020 review of 109 trials looking at ginger found that fewer than half the studies (43) produced convincing evidence of ginger’s health benefits. Doctors like Rezaie might recommend ginger to their patients with certain conditions, but overall, it still doesn’t have the same standing as traditional Western medications.

Candied ginger chews and lozenges are popular carry-ons in cases of motion and sea sickness. But does it actually work?

Gastroenterologist Ali Rezaie says there’s some evidence that ginger mitigates nausea, especially in morning sickness. The caveat, he says, is that we still don’t really understand why nausea happens in the first place. It’s likely that various mechanisms within the human body contribute to nausea, according to Rezaie, many of which we don’t quite understand yet. This makes it hard to pinpoint if and how ginger might help combat it.

“You can’t necessarily treat every single nausea with similar treatment,” he says. The nausea that he says ginger most effectively tamps down is mild to moderate morning sickness.

However, when it comes to seasickness or motion sickness, Rezaie says over-the-counter or prescription medications will probably work better. A 2011 study comparing ginger to anti-nausea medications found that the prescription drug metoclopramide was better at alleviating participants’ nausea than ginger was.

Many people also experience nausea while undergoing chemotherapy. Rezaie says there’s not much evidence right now to suggest ginger can help with that nausea, either, and for now it’s better to stick to prescription medications. Though he says there are a couple of promising clinical trials in the works.

The truth, Rezaie says, is that we really don’t know how ginger works in the body. As a plant, it contains hundreds of different active compounds that interact with the body in all sorts of ways. The difficult part for scientists would be finding precisely which compound evokes a particular response.

There’s also a question of whether eating more ginger will have the same benefits as taking ginger extract used in clinical trials. Rezaie says that some dosages in trials are as much as four grams of ginger, while a ginger lozenge may contain one-thousandth of that.

If you’re looking to up your ginger intake, ginger ale may not be the first thing you want to reach for. The sudden influx of sugar can be hard on the stomach, especially for those with conditions such as irritable bowel syndrome or dyspepsia.

Does ginger treat any other conditions?

There’s a lot of buzz around ginger as a sort of panacea. There have been claims that the root acts as an antitumor, anti-inflammatory, or analgesic (pain reliever), among other heroic qualities. In studies, though, ginger hasn’t lived up to these claims. For example, a 2015 study looking at it as an osteoarthritis treatment called the plant “modestly efficacious.”

However, Rezaie says we should continue to study ginger. For instance, he says, one of its purported benefits is that it can improve digestion and help with passing gas.

“Probably you’ve heard that the first thing that surgeons come and ask you after surgery is, ‘Have you passed gas?’ That means that your bowel is starting to move,” he says. The bowel has a tendency to “go to sleep” after surgery, Rezaie says, perhaps because of the effects of anesthesia or manipulations done on the intestines in surgery — but there’s still no clear reason.

A drug called Cisipride can stimulate bowel motility in instances like this, but it can also cause arrhythmia as a side effect.

According to Rezaie, there’s also evidence that ginger treats fatty liver disease, which is when fat accumulates in the organ typically due to a metabolic disease like diabetes. He says there’s evidence ginger improves liver enzymes, but has no effect on fibrosis, or scarring.

All of this — combined with the fact that ginger has been used for centuries to treat a number of ailments — only means that the spicy root warrants more investigation, not dismissal.

And while evidence on ginger as a medical treatment still has a ways to go, everyone can agree there’s plenty of evidence it’s a great sushi pairing.

Now read this: How should you barbecue plant-based meat? A vegan nutritionist reveals the secret

Sushi’s two best friends are ginger and wasabi. Each one offers a little something flavor-wise, but gastroenterologist Ali Rezaie at Cedars-Sinai Medical Center has a soft spot for the pale yellow side. “I’m that guy that when he goes and eats sushi asks for four extra plates of ginger,” Rezaie tells Inverse. He loves it…

Sushi’s two best friends are ginger and wasabi. Each one offers a little something flavor-wise, but gastroenterologist Ali Rezaie at Cedars-Sinai Medical Center has a soft spot for the pale yellow side. “I’m that guy that when he goes and eats sushi asks for four extra plates of ginger,” Rezaie tells Inverse. He loves it…

Is cracking your knuckles bad for you? The science of your joints, explained

Is the human brain unique among animals? New study hints at an evolving answer