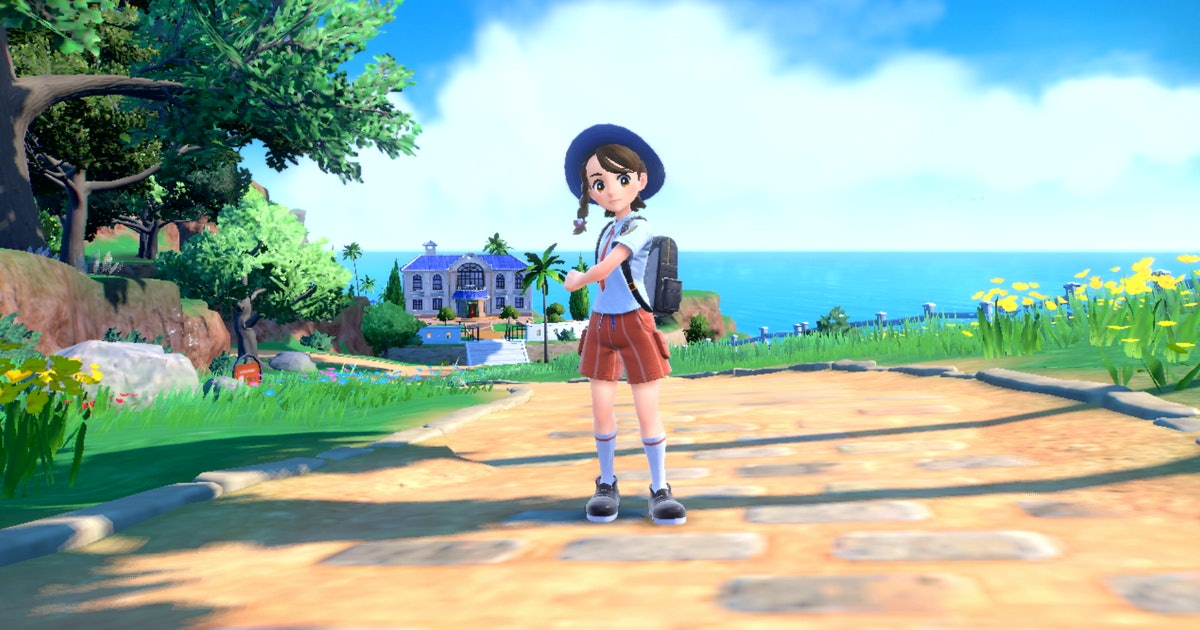 Just three years after the release of Pokémon Sword and Shield, fans are set to jump back into the world of monster-catching with Pokémon Scarlet and Violet. Generation 9, like usual, will introduce players to a brand new region and selection of Pokémon. Surprisingly, the new pair of games will launch in the same year as another major game, Pokémon Legends: Arceus. The game’s reveal on Pokémon Day 2022 included a variety of information, proving that developer Game Freak is learning from its recent releases and experiments with new approaches to game mechanics still set within the world of Pokémon. Here’s everything we know about Pokémon Scarlet and Violet.

What are the Pokémon Scarlet and Violet starters?

The number one question with any Pokémon game is what the starter choices will be, and Pokémon Scarlet and Violet have already shown off its adorable new creatures. From left to right in the image above is the “attention-seeking” grass-type Sprigatito, the “laid-back” fire-type Fuecoco, and the “earnest and tidy” water-type Quaxly. The names of the three Pokémon, along with screenshots released, seem to suggest that Scarlet and Violet will take place in a new Spain-inspired region. So far Nintendo has only shown the starting forms of the three, and will likely reveal the evolutions closer to the game’s release.

New Pokémon and Professors in Scarlet and Violet

Both games have serpent-like legendaries, but Scarlet’s Koraidon has a much more natural look, while Violet’s Miraidon has a mechanical aesthetic that even includes two engines for legs. Outside of the starters and Legendaries, Nintendo has revealed three of the new Pokémon players will meet. Pawmi is an adorable new electric mouse, Smoliv is a grass/normal type that looks like, well, an olive, and Lechonk is the phenomenal new pig Pokémon taking the internet by storm. The official website for Scarlet and Violet has full details, including Pokedex entries, on all the new Pokémon.

Is there a Pokémon Scarlet and Violet trailer?

Pokémon Scarlet and Violet were revealed during a presentation on Pokémon Day, February 27, 2022. Luckily, the announcement came with a colorful trailer that showed off the starters, the world, and a brand new art style. There’s currently only one trailer that gives a brief look at the world of Pokémon Scarlet and Violet, and the return of plenty of familiar faces like Pikachu, Meowth, Lucario, Seviper, and more.

A second trailer was released on June 1, 2022, giving players a brand new look at some new Pokémon, a new look for the Pokémon Center, a brand new co-op system, and more. There are also some interesting story details that might be hinted at in this trailer. It seems like Scarlet and Violet might be aiming for some kind of time travel story, as indicated by character and Pokémon names. With the new professors, as @Smarpy points out on Twitter Professor Sada comes from the feminine version of ‘Pasado’ which means past in Spanish. Meanwhile, Professor Turo comes from ‘Futuro” which means future in Spanish. At the same time, @aitakimochi points out that with the new Legendaries, Koraidon and Miraidon, Korai means “the past” in Japanese while Mirai means “the future.”

When is the Pokémon Scarlet and Violet release date?

Pokémon Scarlet and Violet will release on Friday, November 18, 2022, exclusively for Nintendo Switch. Like most of the recent Pokémon games, the new titles will launch on the same day worldwide.

Seemingly the biggest change in Pokémon Scarlet and Violet is the focus on an open-world, something that Pokémon Legends: Arceus really leaned into. The official website reads, “With these new titles, the Pokémon series takes a new evolutionary step, allowing you to explore freely in a richly expressed open world.” Past that the site explains that towns blend seamlessly into the wilderness with no borders, and various Pokémon inhabit the seas, forests, streets, and more. After the release of the second trailer, the official website confirmed that the world of Pokémon Scarlet and Violet’s world can be fully explored in any order, and isn’t dictated by the story.

A screenshot on the site also shows a battle that looks similar to the format of Legends: Arceus, with the Pokémon simply battling in the world, while the player can roam around. Because of that, it seems like Pokémon Scarlet and Violet might have a capture system similar to Legends: Arceus as well. Past that we don’t currently know much about other new features, or exactly how many new Pokémon will be added.

Does Pokémon Scarlet and Violet have multiplayer?

Pokémon has always featured multiplayer in various forms, but Scarlet and Violet bring a big new change to the franchise. For the first time, the games will feature four-player co-op that extends to more than just battling. During co-op, you can even explore the world with your friends, on top of interacting, trading, and battling. While we don’t know the exact details yet, here’s the official website’s description. “Along with series staples, such as trading and battling Pokémon, you will be able to explore the various locations of the region in these games with other players. You can discover new Pokémon and explore unfamiliar areas with your friends and family, opening the door to an adventure more precious and fun than ever!”

Just three years after the release of Pokémon Sword and Shield, fans are set to jump back into the world of monster-catching with Pokémon Scarlet and Violet. Generation 9, like usual, will introduce players to a brand new region and selection of Pokémon. Surprisingly, the new pair of games will launch in the same year…

Just three years after the release of Pokémon Sword and Shield, fans are set to jump back into the world of monster-catching with Pokémon Scarlet and Violet. Generation 9, like usual, will introduce players to a brand new region and selection of Pokémon. Surprisingly, the new pair of games will launch in the same year…

Pokémon Lechonk: 7 porky images from the 'Scarlet and Violet' trailer