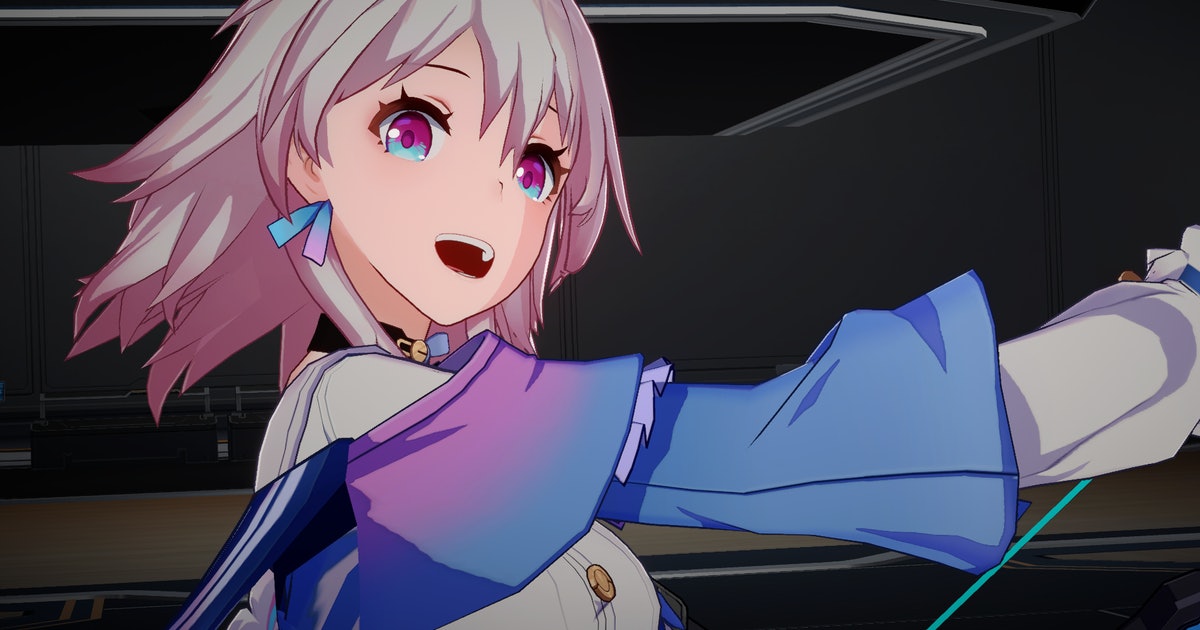 It’s so much more than ‘Genshin Impact’ in space

Honkai Star Rail is not just Genshin Impact in space. In a gripping prologue, the protagonist is born into a space station under attack. They absorb a dangerous space object called a Stellaron — a.k.a. the Cancer of Worlds. Thus, the beginning of their journey across worlds. They agree to board the galaxy-bound Astral Express and become a “test subject” for space station leader, Herta. It’s much different from the Archon-ruled world of Teyvat, not just because of the story but also because of its combat. Here’s what we learned so far from the Honkai Star Rail beta.

Honkai Star Rail starts from the viewpoint of the Stellaron Hunters, Kafka, and Silver Wolf. The two of them infiltrate Herta’s space station to find the Stellaron, which is set up to be absorbed by the protagonist. Kafka and Silver Wolf summon them outside of a program into the station and leave them to be discovered by the Trailblazers of the Astral Express, a space-exploring ship with characters dedicated to finding Stellaron and uncovering the galaxy’s mysteries.

It lands the player right into the action with more questions than answers. HoYoverse layers the exposition thick, which can be a lot to get through at first. However, once you’re grinding through the leveling systems and progressing through the story, it starts to pick up. Exploration is a bit slow at first, considering the space station doesn’t have as many weeds and birds to kill as in Genshin Impact’s beginning, but it starts to expand after you board the Astral Express and gain access to worlds outside of the clinical inside of the space station.

Honkai Star Rail takes “the skin” from its existing games and adapts it to a totally new universe and combat system. It looks like something out of an Atlus game, where taking advantage of weaknesses adds to the turn economy and allows you to attack multiple times in a row. Each character also has flashy animations for their attacks, skills, and ultimates. Their ultimates in particular are explosive and cinematic, and accessible at any time during the fight.

Those who play Genshin Impact should notice similarities right away. While the combat is different, almost everything else mirrors the UI in Honkai Impact and its Breath of the Wild-inspired sibling. Players level up characters with experience books, equip an artifact-like gear called Light Cones, and take into account different “elements” that each character is based on. For example, March 7 is Ice and Dan Heng is Wind.

It’s honestly surprising how well HoYoverse implemented these turn-based mechanics, considering it’s their first time developing a turn-based RPG. One of the main concerns of turn-based combat is making sure it feels active. Otherwise, it feels like you’re just waiting between turns. However, a good turn-based RPG will constantly make you feel like you have ways to strategize to turn the tide in your favor and select moves in a way that will put you at an advantage.

The difficulty seems on point, too. For the most part, I felt reasonably challenged when I was facing enemies. However, I once ran into an enemy twice my level and couldn’t defeat it. It was weird that I couldn’t escape, and I didn’t have any heal items at the time. So I died, but I wasn’t upset because I didn’t lose any items from getting destroyed. Still, I’d be surprised to find this unchanged in the final version. Upping the stakes for when you faint incentivizes the player to take strategizing more seriously because of what they could lose.

Also, like Genshin Impact, Honkai Star Rail implements a gacha system for drawing characters. You’re guaranteed a four-star for every 10 pulls, which are called Warps instead of Wishes. Instead of weapons, you get Light Cones. For the beginner banner, you’re also guaranteed a five-star within 50 pulls. Honkai Star Rail lets you play around with a couple of five-stars in the beginning, including Kafka, Silver Wolf, and Himeko.

I feel as if I’ve just scratched the surface of Honkai Star Rail, but I’m already sold. The characters, animation, world-building, and music all contribute to a satisfying gameplay experience that I would recommend to anyone who loves Genshin Impact or JRPGs as a genre. I only wish I could keep the progress I have because I’m all in for the release that doesn’t even have a date yet.

Honkai Star Rail is not just Genshin Impact in space. In a gripping prologue, the protagonist is born into a space station under attack. They absorb a dangerous space object called a Stellaron — a.k.a. the Cancer of Worlds. Thus, the beginning of their journey across worlds. They agree to board the galaxy-bound Astral Express…

Honkai Star Rail is not just Genshin Impact in space. In a gripping prologue, the protagonist is born into a space station under attack. They absorb a dangerous space object called a Stellaron — a.k.a. the Cancer of Worlds. Thus, the beginning of their journey across worlds. They agree to board the galaxy-bound Astral Express…