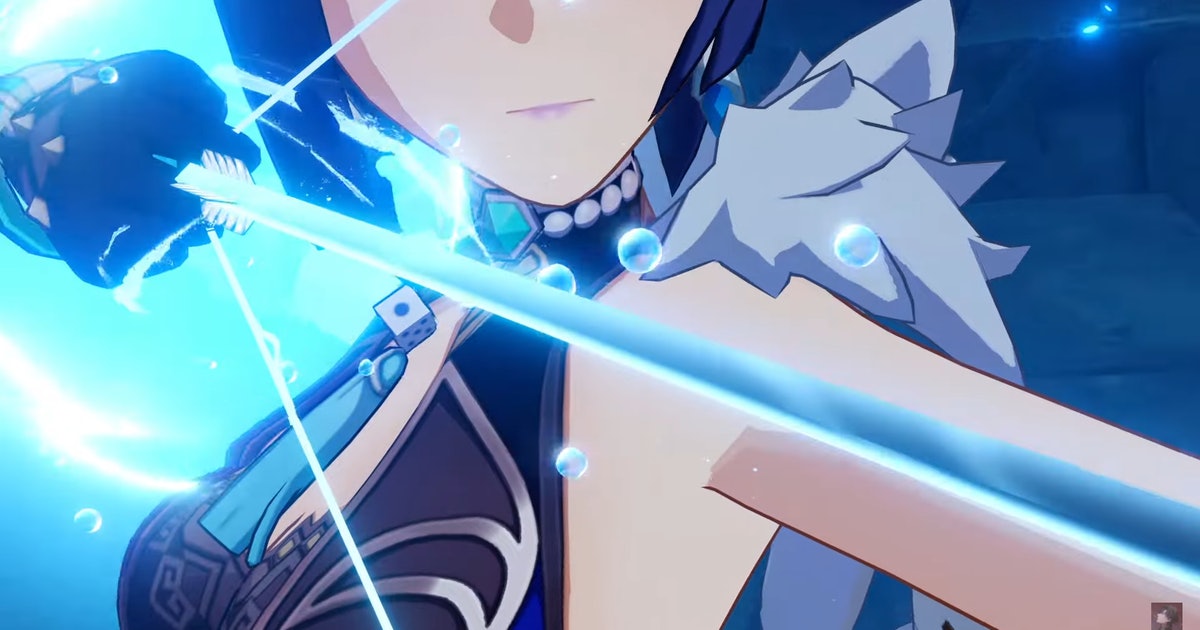 HoYoverse has yet to confirm any of the main events or banners coming in the 2.7 update. Still, leakers have a solid outline of what to expect in terms of character banners and events. At the very least, we should expect details on the mysterious Hydro archer Yelan and Arataki Gang deputy Kuki Shinobu. Now, all there is to do is watch the official livestream and confirm for ourselves. Here’s how you can tune in to the Genshin Impact 2.7 livestream and what to expect from it.

As per the six-week schedule, Genshin Impact 2.7 livestream should have aired on Friday, April 29, 2022. Streams typically start at 8 a.m. EST and will likely not go back to 7 a.m until Daylight Savings time is over. Genshin Impact livestreams air about two weeks before the actual update. In this case, it’s airing a week and a half prior to the actual 2.7 update.

How to watch the Genshin Impact Version 2.7 livestream

Genshin Impact livestreams typically air first on Twitch and then on YouTube later in the day for folks who couldn’t make it to the live broadcast. All supported languages including Chinese, Japanese, and Korean should air at the same time. Those who can’t watch live can still claim Primogem codes 24 hours after the original broadcast.

What will be revealed during the Genshin Impact Version 2.7 livestream?

As with most Genshin Impact livestreams, voice actors are expected to update players on upcoming character banners and events along with any new content. Last time, it was the Chasm, Kamisato Ayato, and the Irodori Festival soaking up the spotlight. This time, Yelan and the biggest leaked events should eat up most of the space. There’s always room for surprises, though. Multiple events, including The Almighty Arataki Great and Glorious Drumalong Festival, have leaked before their official debut. We’ll have to wait and see which ones are the real deal.

What are the Genshin Impact Version 2.7 banners?

Yelan and Kuki Shinobu were announced as playable characters shortly before the Genshin Impact 2.6 update. Leaker Lumie Lumie predicts that Yelan will be the featured 5-star on the first Genshin 2.7 banner and Shinobu will be one of the supporting four-star characters on the next banner.

Uncle Y, another reliable Genshin leaker, claims that Arataki Itto will be the second featured five-star. This makes sense, considering he’s the leader of Shinobu’s gang. Uncle Y also predicts that Xiao will rerun alongside Yelan with Noelle, Barbara, and Yanfei as the three accompanying four-stars. Yelan and Xiao will have their signature weapons featured on the limited-time weapon banner — the Aqua Simulacra and the Primordial Jade Spear. Unfortunately, Uncle Y doesn’t have much information about the two other four-stars running with Itto.

Xiao would be an interesting rerun, considering it hasn’t been that long since his last one. Leakers suggest that this could be because he’s a main character in the Perilous Trail event quest. If the rerun rumor is true, Xiao would join Childe and Venti as some of the first characters to receive a third run. As per the latest leaks, Kazuha is still expected to appear in Genshin Impact Version 2.8 rather than Version 2.7.

The first Smash clone to challenge the throne