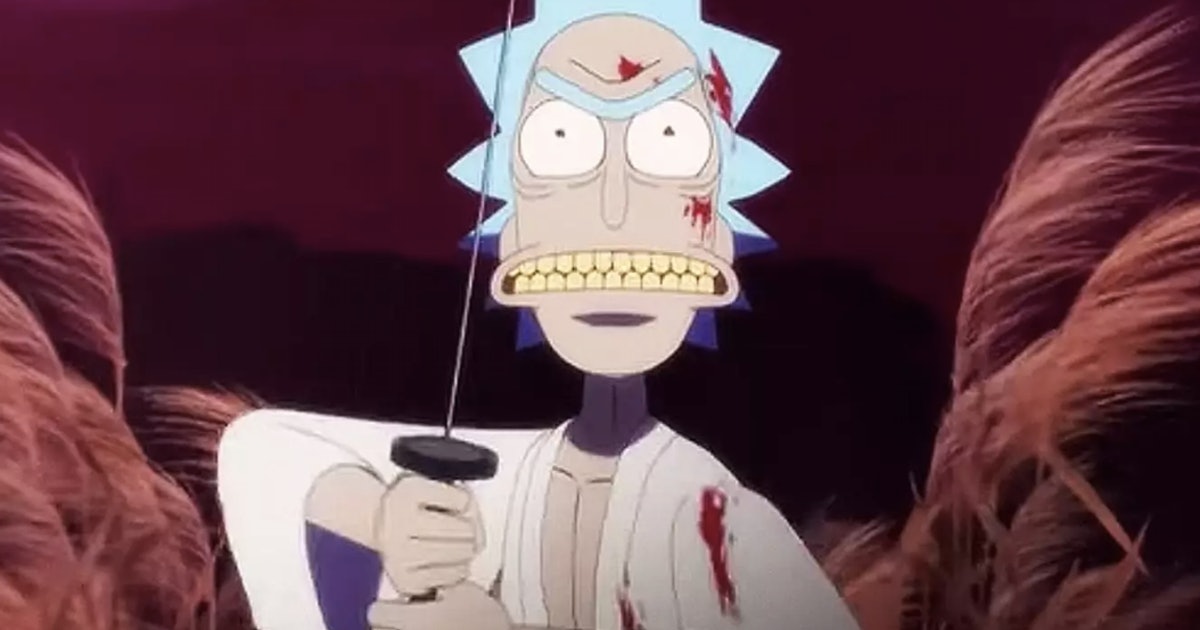 The Anime’ could fix the show’s most annoying problem

Have you ever wept, either privately or publicly, due to the horrendously long wait in between Rick and Morty seasons? Well, Adult Swim hears you and appreciates you. It is perhaps for that very reason that the network announced Wednesday that it greenlit an anime series from Takashi Sano based on the hit show.

You could argue that the multi-year gap between seasons is really Rick and Morty’s only major problem. A 10-episode anime spinoff from an entirely different team is exactly the antidote that can help make that wait more bearable.

What happened? Adult Swim announced on May 18 that the network had greenlit two new anime series. In addition to Rick and Morty: The Anime from director Takashi Sano (Tower of God), there’s also Ninja Kamui from Sunghoo Park (God of High School, Jujutsu Kaisen). Though the anime “will adapt themes and events of the main series,” Adult Swim promises that it “will stand on its own as an original work.”

“The multiverse-straddling exploits of Rick and the gang pose challenges to the family bond, but they always rise to the occasion,” Sano said in the official announcement. “It’s such a life-affirming sight, and Jerry is no exception. I am honored to have been given an opportunity to tell a new story about this amazing family.”

The show will be produced by Telecom Animation Film (Lupin the IIIrd Series, Shenmue the Animation, Tower of God), which is the same studio that Sano worked with on two previous anime-styled Rick and Morty shorts.

The official teaser poster (featured above) shows Morty and Rick in silhouette with film reels wriggling in the background. Individual frames seem to feature still images from Sano’s previous two Rick and Morty shorts: “Rick and Morty vs. Genocider” and “Summer Meets God (Rick Meets Evil),” in which the duo saves planet Earth from kaiju-sized threats.

What Sano’s Rick and Morty shorts reveal about the anime

Telecom Animation Film utilizes several different art styles for its various anime projects, but it seems safe to assume Sano’s upcoming anime series will look and feel almost identical to his two shorts. The art style is more impressionistic, whereas Telecom’s other animated shows lean more towards photorealism, with Lupin being the closest point of comparison here.

Rather than Rick and Morty co-creator Justin Roiland voicing the title characters, Youhei Tadano and Keisuke Chiba voice Rick and Morty, respectively. All of the voice acting is done in Japanese with English subtitles. It’s one thing to do this for seemingly random digital shorts published online, but it would be a bold and interesting choice to commit to the same for a full-on season.

What’s the plot of Rick and Morty: The Anime?

The anime will be a completely standalone series of adventures, but Adult Swim did note that it will “adapt themes and events of the main series.” So we can expect a similar bleak tone of absurd comedy that straddles the line between humanism and full-on nihilism, all within the broader context of wacky science fiction with plenty of interdimensional adventures.

The anime might rehash different plotlines to some extent. In “Rick and Morty vs. Genocider,” Rick reveals that he used the secretions of the alien parasites featured in the Season 2 episode “Total Rickall.” Therefore, this version of Morty and Rick seems to exist in a totally different dimension. Considering the infinite possibilities that exist within the multiverse, you can rest assured that this duo won’t be the same featured in the main show or even in the comics.

In all likelihood, Sano will cherry-pick his favorite Rick and Morty plotlines and adapt them as he sees fit. Hopefully, he ignores episodes like “Raising Gazorpazorp” and leans more into stories involving Meeseeks and the Vindicators instead.

Do we know the Rick and Morty: The Anime’s release date?

Adult Swim’s announcement made no mention of a release date. Regardless, it seems likely that this series might air on Adult Swim and HBO Max sometime after Season 6 of the main show, which is expected in mid-to-late 2022. So maybe we’ll get to see a fleshed-out version of Sano’s take on Rick and Morty this winter.

When will we learn more about Rick and Morty: The Anime?

Sano’s previous two shorts were released during the summer of 2020 and 2021. The first was released as part of Adult Swim Con 2020. This year, Adult Swim Festival 2022 is happening in Philadelphia from Friday, August 5 through Sunday, August 7. Adult Swim has already promised a sneak peak at Season 6 during the festival, so it’s possible we might hear more about the anime series.

In any case, we’ve got a lot of Rick and Morty to look forward to in the near and distant future.

Rick and Morty: The Anime does not have a release date.

Have you ever wept, either privately or publicly, due to the horrendously long wait in between Rick and Morty seasons? Well, Adult Swim hears you and appreciates you. It is perhaps for that very reason that the network announced Wednesday that it greenlit an anime series from Takashi Sano based on the hit show. You…

Have you ever wept, either privately or publicly, due to the horrendously long wait in between Rick and Morty seasons? Well, Adult Swim hears you and appreciates you. It is perhaps for that very reason that the network announced Wednesday that it greenlit an anime series from Takashi Sano based on the hit show. You…