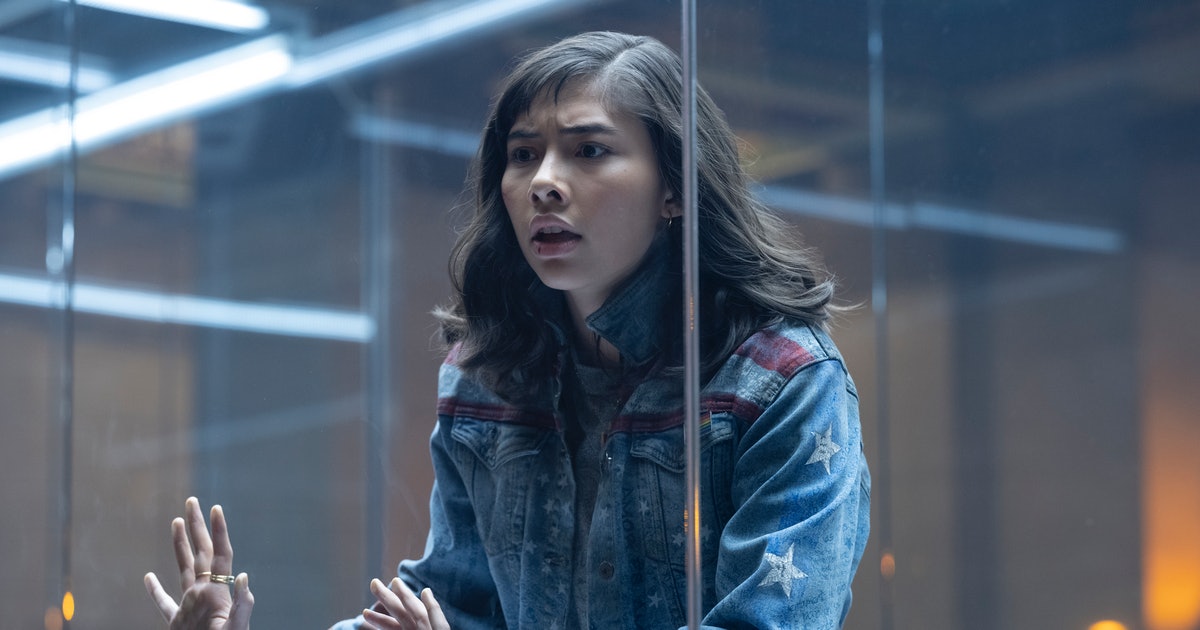 With every new movie in the Marvel Cinematic Universe comes new wrinkles to its expansive mythology. In Doctor Strange in the Multiverse of Madness, director Sam Raimi and writer Michael Waldron introduce a new twist when multiverse traveler America Chavez (Xochitl Gomez) informs Doctor Strange (Benedict Cumberbatch) that dreams are windows into your multiversal existence.

On its own, it’s a novel idea. But since we’re over 20 movies deep into this franchise, the twist suddenly brings new and important ways of thinking about previous MCU moments.

Warning: Spoilers for Doctor Strange in the Multiverse of Madness ahead.

When Wong (Benedict Wong) ask if his recurring dream of being naked and chased by a clown is real, America confirms that is in fact happening somewhere in another reality. The point is further driven home by the fact America that is the only one of herself throughout the multiverse, and she doesn’t dream.

The point isn’t labored on, but it is an interesting idea with potentially wide-reaching consequences across the MCU. With sleeping dreams actually being a window into the Marvel multiverse, what does it mean for previous scenes involving dreams?

Sleep, perchance to (not) dream

Let’s start by ruling out several key scenes from the MCU that aren’t actual dream sequences, no matter how surreal they may be. The visions the Avengers had in Avengers: Age of Ultron were actually implanted by Wanda (Elizabeth Olsen), and Thor later hallucinates in a cave to tease the Infinity Stones and future movies. None of the characters are sleeping, and they aren’t exactly dreaming either.

In Black Panther, T’Challa (Chadwick Boseman) visits the Ancestral Plane while regaining his powers, and it’s hard to call this one a dream either. T’Challa is visiting another plane where the past rulers of Wakanda roam for eternity. Moon Knight recently confirmed the Ancestral Plane is an actual place in Marvel’s cosmos, and not just a drug-induced spiritual trip.

So, many “dreams” in the MCU aren’t dreams. But who’s actually dreamed in the MCU?

In last year’s The Falcon and the Winter Soldier, Bucky Barnes (Sebastian Stan) dreamt of an old mission in which he carried out an assassination under HYDRA’s orders. The mission actually happened and, taken artistically, Bucky is haunted by his past.

But if we take with what we now know about dreams in Multiverse of Madness literally, it appears that another Bucky Barnes is early in his career and still operating as a HYDRA agent somewhere else in the multiverse. As the MCU officially confirmed with Doctor Strange’s car accident in What If…?, similar events can repeat across realities. So if Bucky is dreaming of one of his worst assignments, it’s presumably happening over and over again in Marvel’s vast multiverse.

Another instance appears in Shang-Chi and the Legend of the Ten Rings. At the start of the movie, Shang-Chi (Simu Liu) dreams of his parents meeting in the forests near Ta-Lo, and his mother raising him. On its own, Ten Rings is simply introducing Shang-Chi’s backstory. But now, after Multiverse of Madness, it seems another Shang-Chi exists in the multiverse with a similar history.

But there’s one Marvel hero who had the strangest dream of all, and after Multiverse of Madness it’s even stranger.

Perhaps the most unlikely instance of a dream comes from The Punisher. In the sixth episode of its first season, Frank Castle (Jon Bernthal) has a surreal dream involving his family, alive, enjoying dinner with Micro (Ebon Moss-Bachrach). Frank never met Micro until after his family was murdered, but in his dream he imagines both their families enjoying a pleasant night.

What gets surreal about Frank’s dream is not only that leaves begin to fall indoors and everyone is chill about it, but that Frank winds up bound to his chair as soldiers come in to murder his oblivious family. For Frank Castle, is this just a dream? Or is this happening for real in the multiverse? And if it is, what the hell is going on over in that universe?

The most likely and most boring explanation is, of course, that writers on individual projects haven’t communicated this potentially game-changing concept to each other. Even in a franchise as careful about canon as the MCU, you can’t account for the introduction of new concepts.

This is especially telling for The Punisher, which was produced by an entirely separate division of Marvel long before Doctor Strange in the Multiverse of Madness was even announced. So naturally the nature of dreams weren’t taken into consideration.

Still, the MCU is full of dangling problems that get solved later on. Fans were annoyed that Thanos’ Infinity Gauntlet was in Odin’s throne room in 2011’s Thor, only for that supposed problem to get fixed in a fun way.

Maybe one day Marvel will actually have Jon Bernthal’s Punisher in the MCU proper, and maybe he’ll reveal to us if his bizarre dream actually happened in the vast and infinite multiverse. As for Bucky and Shang-Chi, well, maybe we’ll meet their multiverse doubles some time too.

Doctor Strange in the Multiverse of Madness is now playing in theaters.

With every new movie in the Marvel Cinematic Universe comes new wrinkles to its expansive mythology. In Doctor Strange in the Multiverse of Madness, director Sam Raimi and writer Michael Waldron introduce a new twist when multiverse traveler America Chavez (Xochitl Gomez) informs Doctor Strange (Benedict Cumberbatch) that dreams are windows into your multiversal existence.…

With every new movie in the Marvel Cinematic Universe comes new wrinkles to its expansive mythology. In Doctor Strange in the Multiverse of Madness, director Sam Raimi and writer Michael Waldron introduce a new twist when multiverse traveler America Chavez (Xochitl Gomez) informs Doctor Strange (Benedict Cumberbatch) that dreams are windows into your multiversal existence.…

5 years ago, ‘Happy Death Day’ did one revolutionary thing no time-travel movie had done before