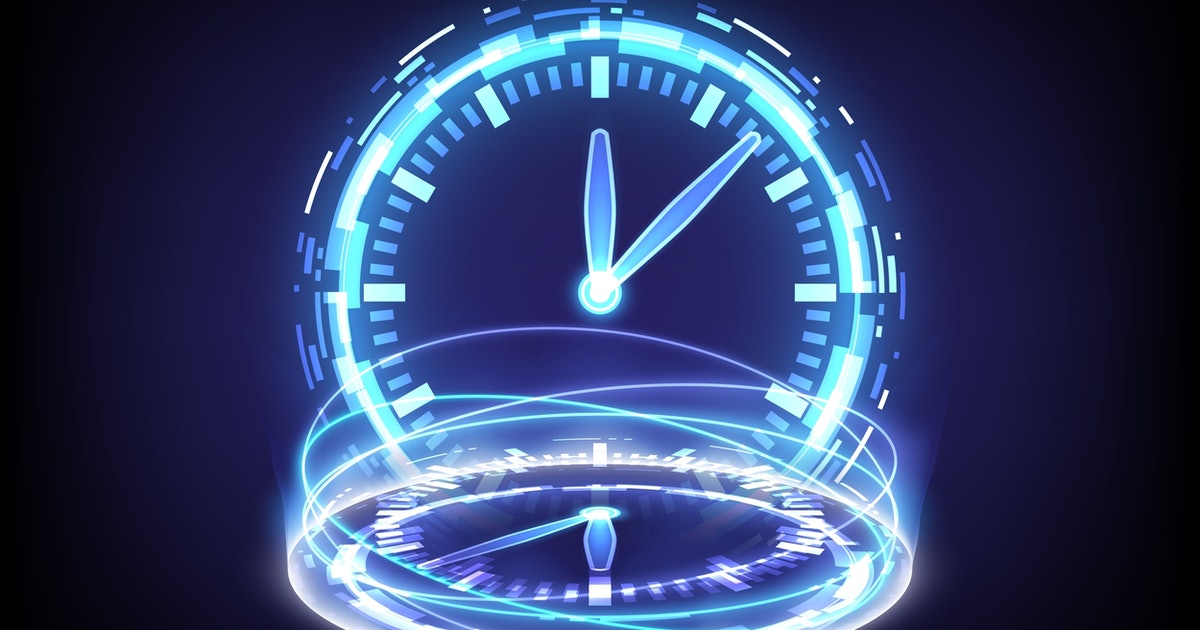 What if you were tasked with killing your future self? Could you do it?

It’s a mind-blowing question that forms the backbone of the sci-fi thriller Looper, which follows a time-traveling hitman (Joseph Gordon-Levitt) who is assigned to murder his future self (Bruce Willis). Nearly ten years after its release, Looper raises fundamental questions about the paradoxes of time travel.

“Time travel is still an ongoing field of research where the physics community does not know the full story yet,” says David Arvidsson-Shukur, a Sarah Woodhead Fellow of Quantum Mechanics at the University of Cambridge’s Girton College.

In this special edition of Reel Science, Inverse looks back at Rian Johnson’s action-packed movie by asking how well Looper’s hijinks stack up against real-life physics and other time-travel films, including how it addresses important ideas about the nature of free will.

In short: Looper may not always be scientifically accurate, but it certainly keeps you on the edge of your seat. Let’s dive right in.

THE RULES OF TIME TRAVEL is an Inverse special issue exploring the evolution of science fiction’s most imaginative sub-genre. From Marty McFly to Avengers: Endgame.

Is time travel to the past possible?

According to Einstein’s theory of general relativity, which lays out the rules of space-time and gravity, time travel to the future is certainly possible. Most physicists are in agreement. But it gets trickier when you’re talking about time travel to the past — a key construct in Looper.

Many physicists think time travel to the past is theoretically possible, but it has yet to be scientifically proven. “We don’t know if backward time travel actually happens in our universe, but the equations of general relativity certainly do allow for it,” Arvidsson-Shukur says.

But others are more skeptical of time travel to the past, and not because of general relativity.

Many notions of traveling to the past rely on a wormhole — a passage connecting two points in space-time — but such a wormhole would require so much energy that humans cannot likely generate one with current technology.

Can you only time travel one way?

Looper’s time travel rules aren’t always clear, but an article about the movie goes through basics. One of them is that time travel only goes one way: You could travel to the past, but then you couldn’t return back to the future.

That movie logic may actually be more conservative than the real quantum science of time travel. Some physicists have proposed that closed timelike curves would allow for time travel to the past and back to the future again. Closed timelike curves are worldlines — a trajectory through space-time — that leaves a point in time and then returns to that event through a closed curve or loop.

“Closed timelike curves (CTCs) are consistent with the theory of relativity, as well as with quantum theory,” Nicole Yunger Halpern, author of Quantum Steampunk: The Physics of Yesterday’s Tomorrow, tells Inverse.

But for the moment, let’s assume that wormholes exist in 2044 (when the movie takes place). If so, it’s possible Bruce Willis in Looper could have traveled from the 2070s back in time to 2044 and forward again using a wormhole, contrary to the film’s logic.

“It’s perfectly reasonable to create a continuous loop for a wormhole between the past and the future,” Seth Lloyd tells Inverse. Lloyd is a professor of mechanical engineering at MIT and co-founder of startup Turing, which devises time-travel-inspired quantum computing applications to solve societal problems. His research group also simulated one kind of model of closed timelike curves.

Using this same logic, Willis’s character, Joe, could be sent back in time through a closed timelike curve and come face-to-face with his past self, played by Gordon-Levitt.

“If you follow one of these closed timelike curves, then you can end up in the past and interact with your former self,” Lloyd says.

Is it a paradox to meet — or kill — your future self?

In the movie, time travel is possible — and also illegal — in the future, so crime syndicates covertly send victims back in time to be assassinated by hired hitmen, known as “loopers.” Sometimes, these hitmen are tasked with killing their future selves, which is a process known as “closing the loop.”

It’s fine for your past self to meet your future self as it initially plays out in Looper. But to avoid paradoxes, time travel through closed timelike curves must follow a rule known as the Novikov self-consistency principle. The rule states that everything that happens in the past must be consistent with what happens in the future.

You may have heard of the grandfather paradox, which asks whether it creates a paradox to go back in time and kill your grandfather, causing you to no longer exist. The answer is yes. Though Lloyd’s research group conducted an experiment, and according to their theory, they discovered that the time traveler would always fail to kill their grandfather, thereby resolving the paradox.

“Physicists do not like paradoxes in their theories, so some people — for example Stephen Hawking — take the grandfather paradox as a proof of the impossibility of backward time travel,” Arvidsson-Shukur says.

There’s also another potential paradox in Looper to consider. While Joe can meet his younger self in the past, a logical problem will inevitably arise when “you remember your past and you have no memory of meeting your future self,” says Miller.

For those who accept the possibility of time travel, it’s not a time paradox to kill your future self in the past, just like the loopers do in the movie.

“Yes, there’s no reason your past self couldn’t kill your future self,” Miller says. “That’s not really any different from someone killing you tomorrow.”

But the way it happens in Looper isn’t consistent with time travel. When people change the past — i.e., by killing people — those people disappear slowly in the present.

“This is not how philosophers think time travel would work,” Miller adds.

Is Looper a good time-travel movie?

The movie ending suggests that the future contains infinite possibilities. But if that’s the case, then free will must exist. There is no single predetermined future — neither for Looper’s Joe or the young boy in the film who will grow up to be his nemesis.

But that’s not consistent with how philosophers view time. Bruce Willis traveling to the past may have created the future, but he didn’t change the future by time traveling.

“No one ever changes the future. The future is already there,” Miller explains. Yet, while Miller says we can’t change the future in the way Looper portrays, free will is possible under time travel. “The future is as it is because of what has already been, and in that sense, we have free will since what future we get depends on our current choices.”

But from a scientific standpoint, there are probably better time-travel movies.

Lloyd says there are two general categories of time-travel movies. The first type is one where the time travel doesn’t violate the self-consistency principle — people go back to the past and their actions are consistent with what happens in the future. Good examples of these self-consistent time-travel narratives include 12 Monkeys — another Bruce Willis time travel saga — and oddly enough, Harry Potter and the Prisoner of the Azkaban.

Unfortunately, Looper falls into the second category of films that violate the self-consistency principle. Willis goes back into the past and his actions set off a chain of events that eventually change the future.

“You can’t actually go back into the past and then change it because you have to be consistent with what happened,” Lloyd says.

So, while Looper may stretch the logical boundaries of time travel, this time-bending ride is still worth a watch.

Looper is streaming now on Netflix.

What if you were tasked with killing your future self? Could you do it? It’s a mind-blowing question that forms the backbone of the sci-fi thriller Looper, which follows a time-traveling hitman (Joseph Gordon-Levitt) who is assigned to murder his future self (Bruce Willis). Nearly ten years after its release, Looper raises fundamental questions about…

What if you were tasked with killing your future self? Could you do it? It’s a mind-blowing question that forms the backbone of the sci-fi thriller Looper, which follows a time-traveling hitman (Joseph Gordon-Levitt) who is assigned to murder his future self (Bruce Willis). Nearly ten years after its release, Looper raises fundamental questions about…