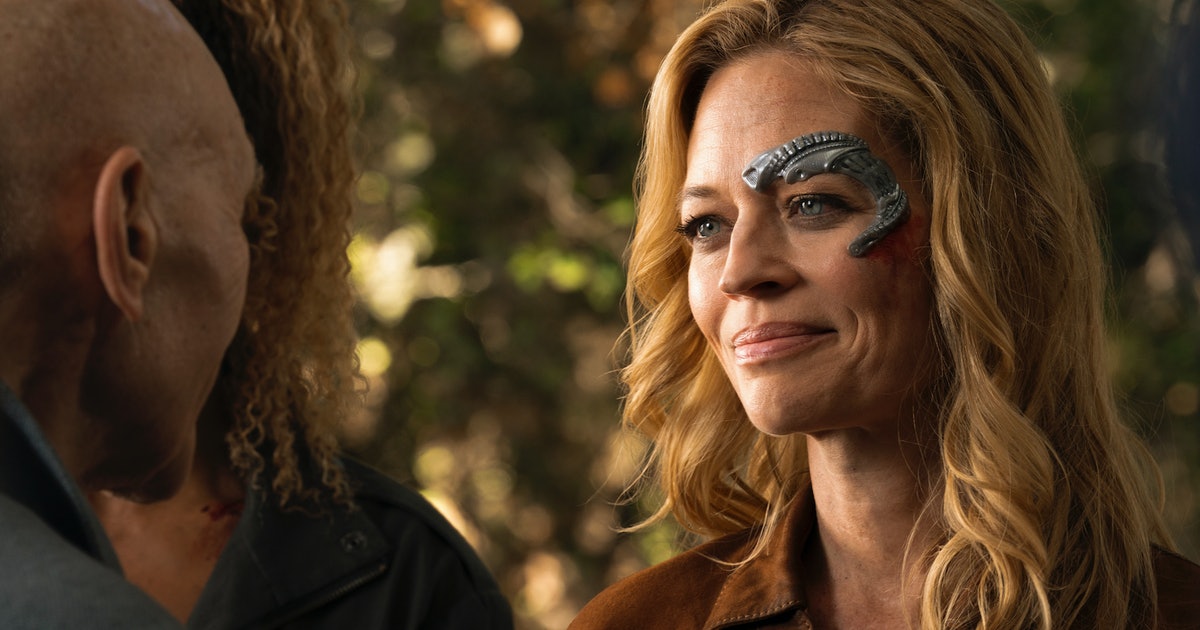 As Picard Season 2 closes the door on the past, some of Jean-Luc’s friends won’t be returning for the next adventure. Star Trek: Picard Season 2’s ending doesn’t lead directly into Season 3, but we do know that Season 3 is coming towards us at warp speed.

Here’s everything to know about Star Trek: Picard Season 3, including the possible release date, who’s in the cast, and what it could be about. Spoilers ahead for Picard Season 2.

How did Picard Season 2 end?

Although the Picard Season 2 finale, “Farwell,” might seem low-key, it’s huge insofar as two major characters were written out of the show, and a longtime Next Generation favorite was killed off.

After ensuring the successful launch of the Europa Mission, Picard and the La Sirena gang have to figure out how to get back to the year 2401. Luckily, it turns out Q (John de Lancie) wants to be nice, and as his last act before dying he zaps them all back to a slightly altered version of the present. To be clear Q — a space god — is now dead.

Here we learned that the mysterious hooded Borg Queen from Episode 1, “The Star Gazer,” is actually Agnes Jurati (Alison Pill), aged 400 years and in control of a more benevolent Borg who are trying to prevent some kind of explosive galactic phenomenon from destroying several planets.

Rios (Santiago Cabrera) remains behind in the 21st century, and Guinan (Whoopi Goldberg) later tells Picard that Rios died sometime in the past while fighting for medical supplies. The finale then ends with Picard reconnecting with Laris (Orla Brady) and convincing her not to leave him, rekindling their relationship. Most storylines from Season 2 are resolved by the end of its finale, which creates several questions about what Season 3 will be about.

What is the plot of Picard Season 3?

The new Borg Queen mentions that some kind of strange new transwarp conduit is part of a bigger “puzzle,” so it’s a decent bet that something will emerge from it in Picard Season 3.

Beyond that guess, there are just two things we know for sure about Picard Season 3: The entire main cast from The Next Generation will return and, according to co-showrunner Terry Matalas, it will be a “high-stakes, starship-bound adventure.”

It’s also possible that Seven of Nine (Jeri Ryan) could finally become a member of Starfleet. In the Season 2 finale Picard gives her a “field commission,” and she effectively takes command of the USS Stargazer. Will Seven be in charge of the Stargazer in Season 3? In Episode 9, “Hide and Seek,” Raffi suggests Seven should have been a captain, had Starfleet let her join. Now that Picard has effectively put Seven into Starfleet, it’s possible she’ll still be there in Season 3.

Who stars in Picard Season 3?

The real question is who isn’t returning for Picard Season 3. Because Rios stayed in the 21st century and then died offscreen, Santiago Cabrera is probably out. And although Jurati has become a friendly Borg Queen, Alison Pill recently said she wasn’t “part of season three.”

Brent Spiner seems to be returning, but because Data is dead it’s unclear who he’ll play. Another member of the Soong family? Data’s evil brother Lore?

Based on either outright confirmation or the fact that their character is alive at the end of Season 2 and their actor hasn’t said they’re done with the show, here’s who we think could be in Picard Season 3:

Although Wil Wheaton appeared in a surprising cameo in the Season 2 finale as Wesley Crusher/the Traveler, there’s no word on whether he’ll be in Season 3. Wheaton was not in the TNG cast reveal for Picard Season 3, and the actor himself hasn’t confirmed or denied anything.

But because the entire Next Generation cast’s return was revealed while Season 2 was still airing, it seems likely there are more casting announcements, cameos, and surprises coming for Picard Season 3.

Is there a trailer for Star Trek: Picard Season 3?

Oddly, there’s already a trailer for Picard Season 3. On April 5, 2022 (First Contact Day) Paramount+ released a short teaser that showed Jean-Luc reflecting on his Next Generation days, complete with a moment in which he busted out his red Enterprise-D uniform from storage. This trailer also confirmed the participation of all six of Patrick Stewart’s TNG co-stars. In the trailer, Riker (Jonathan Frakes) describes it as a “good old-fashioned road trip.”

Is there a release date for Star Trek: Picard Season 3?

Not yet. However, because Season 3 has already wrapped production and is therefore presumably in post-production, this puts Picard Season 3 ahead of other future live-action Trek seasons. Discovery Season 5 has yet to start filming, and Strange New Worlds Season 2 is currently filming.

Could we therefore see Picard Season 3 in late 2022? Lower Decks Season 3 is slated for August, so it’s possible that Picard Season 3 could follow it in Fall 2022. While it might sound odd for two seasons of the same Trek show to air in one year, it actually happened recently. Star Trek: Discovery Season 3 ended in January 2021, and Season 4 began in November 2021.

Could 2022 close out with the final season of Picard? We’ll have to see if Paramount+ decides to make it so.

Specs, dimensions, size, and price for the 2022 microtrucks