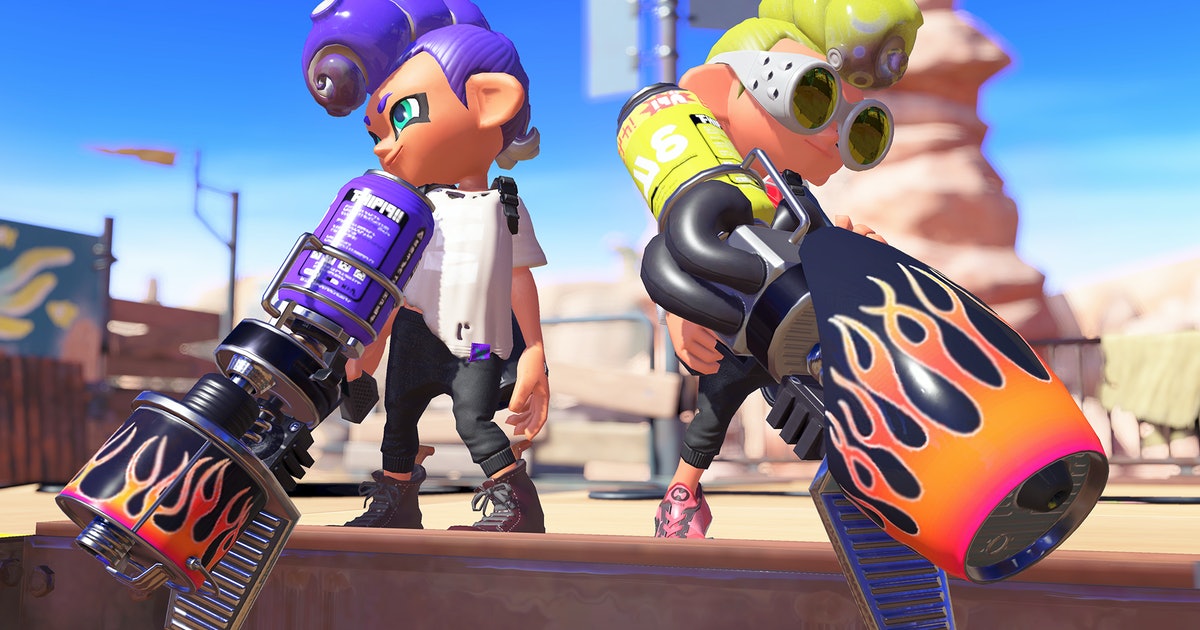 Splatoon is Nintendo’s most popular new franchise of the past decade. While Splatoon 2 for Nintendo Switch still has an active community despite coming out close to the system’s launch, another sequel for the Nintendo Switch is in the works.

Splatoon 3 will expand the world of the first two games, highlighting the post-apocalyptic angle that has always been teased but never fully shown. The sequel also contains a new companion called a Little Buddy, new weapons, and a brand new city.

Here’s everything we know so far about Splatoon 3.

When is the Splatoon 3 release date?

Splatoon 3 is coming to Nintendo Switch on September 9, 2022. Its had a solid release year since its first few trailers but didn’t drop the exact date until the latest one. In fact, the third trailer about its co-op mode specified a release date in “Summer 2022.” Nintendo is cutting it close, but it doesn’t qualify as a true “delay” considering fall officially starts in late September.

Is there a Splatoon 3 trailer?

Yes, there is! A new one just dropped last week. It features a fully played out Turf War between two teams before dropping the finalized release date below:

At this point, Splatoon 3 has four trailers total. The Splatoon 3 announcement trailer aired on the February 2021 Nintendo Direct. Then, another one followed up in the September 2021 Nintendo Direct with more information on new weapons, maps, and the campaign mode. The third trailer focused on the returning Salmon Run co-op mode and a tough Salmonoid boss fight in it. As mentioned earlier, the latest trailer is an advertisement for the game’s multiplayer mode and a release date.

If you want to see more, you can also watch the Splatoon 3 reveal trailer capped off the Nintendo Direct. Check it out below:

The trailer follows a customizable Splatling and Little Buddy as they wake up in the Splatlands, a desolate desert that appears to be near what used to be Paris. We see the character pass an upside-down Effiel Tower and get on a train, which takes them to a new city called Splatsville. And that’s pretty much all we see in the trailer.

What is Splatoon 3‘s premise?

The story mode of Splatoon 3 is called Return of the Mammalians. Here’s an official rundown from Nintendo:

“In this new game in the Splatoon series, you’ll leave Inkopolis behind and head to a new region: the Splatlands,” an official press release from Nintendo reveals. “Its heart is a new city where battle-savvy Inklings and Octolings gather: Splatsville, also known as the ‘City of Chaos.’”

The Splatlands and Splatsville are set up like the Badlands and Night City in Cyberpunk 2077. That is a comparison I never expected to make, but one that has turned out to be surprisingly fitting! The Splatoon games have always teased a post-apocalyptic backdrop to its world, but we’ve never seen that much of it. Nintendo now seems to be fully embracing it with Splatoon 3.

This mention of Chaos in Splatsville’s nickname has a deeper meaning too. It to have been determined by the July 2019 Splatfest in Splatoon 2, which was Order vs. Chaos. This is similar to how the Callie vs. Marie Splatfest determined parts of Splatoon’s plot.

Story details are still scarce, but we should more about Splatoon 3′s characters and narrative as we approach its launch.

What is Splatoon 3‘s Little Buddy?

One standout feature from the first reveal trailer is a “Little Buddy” that will follow players around. We see this cute creature with bulging eyes get customized in the Splatoon 3 trailer, and we don’t see them do much more than following the player around in the reveal trailer. Still, a Twitter post revealed that the Little Budy is actually a creature called a Smallfry.

“In the new video transmission, an Inkling is seen accompanied by a juvenile Salmonid called a Smallfry,” the tweet says. “Our studies have long shown the Salmonids to be a dangerous species. How this seemingly symbiotic relationship evolved is a thrilling mystery.” While we don’t know their use in-game just yet, this description teases that they can be used in combat.

What are the new Splatoon 3 weapons?

The same Twitter thread reveals more about the new weapons and abilities players can use in Splatoon 3. The most notable one in the reveal trailer is the addition of the Bow and Arrow weapon. “It looks a bit primitive at first glance, but on closer inspection, it’s packed with technology, including a mechanism capable of launching three strings of ink simultaneously,” a tweet reveals about this weapon.

Another tweet confirms that many weapons from the first game are returning, but that the .96 Gal and Range Blaster will get major reworks in Splatoon 3. We also see some new special weapons, including one that shoots five projectiles at enemies and another that lets the Inklings deploy a crab.

What are the biggest changes between Splatoon 2 and Splatoon 3?

A few more changes outside of the setting will differentiate Splatoon 2 and Splatoon 3 more despite the fact that they are on the same system. In Splatoon 3, players enter in each 4v4 match on a drone and can now choose where they want to spawn at the start of a Turf War match.

The Turf Wars battles will play out mostly the same as one team tries to cover as much of the ground as possible with ink. There are also some new movement options while in Squid form. The Squid Roll will let players “leap and twirl out of their ink” to make a quick escape.

Meanwhile, the Squid Surge makes getting up ink-covered walls faster and ends with the player jumping out of the ink at the top. These new moves, as well as other yet-to-be-revealed features and weapons, should have intriguing impacts on the metagame of Splatoon 3 in comparison to Splatoon 2.

Splatoon 3 will be released for the Nintendo Switch on September 9, 2022.

Splatoon is Nintendo’s most popular new franchise of the past decade. While Splatoon 2 for Nintendo Switch still has an active community despite coming out close to the system’s launch, another sequel for the Nintendo Switch is in the works. Splatoon 3 will expand the world of the first two games, highlighting the post-apocalyptic angle…

Splatoon is Nintendo’s most popular new franchise of the past decade. While Splatoon 2 for Nintendo Switch still has an active community despite coming out close to the system’s launch, another sequel for the Nintendo Switch is in the works. Splatoon 3 will expand the world of the first two games, highlighting the post-apocalyptic angle…