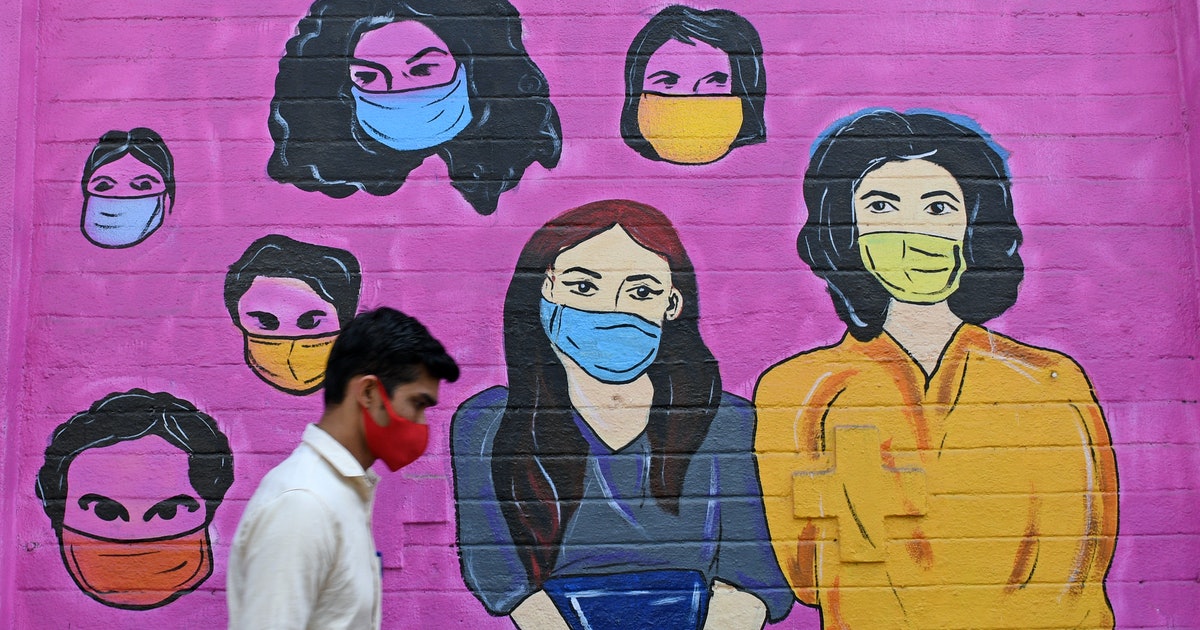 Do I need a second Covid-19 booster? An epidemiologist answers 3 immunity questions

In late March 2022, the U.S. Food and Drug Administration authorized a second booster shot of Covid-19 vaccines for vulnerable populations in the U.S., a move endorsed by the Centers for Disease Control and Prevention. People ages 50 years and older and certain immunocompromised individuals who are at higher risk for severe disease, hospitalization, and death are eligible for a second booster dose four months after receiving their initial booster shot.

A second booster shot is equivalent to the fourth dose for people who received a Pfizer-BioNTech or Moderna mRNA series or a third dose for those who received the single-shot Johnson & Johnson vaccine.

In Israel, people in these same vulnerable categories as the U.S. began receiving fourth doses in January 2022. The U.K. recently started administering the fourth dose for people 75 years and older and coined it a “spring booster.” In Germany, those over 60 years old are now eligible for a fourth shot of the mRNA series.

I am an epidemiologist at the University of Texas Health Science Center School of Public Health and the founder and author of Your Local Epidemiologist, a newsletter translating the latest public-health science for everyday use.

The latest recommendations have left many wondering about the importance of boosters for protection against Covid-19. Does the third shot wane over time? Is a fourth dose necessary? What if you’ve had a previous infection?

After reviewing the mounting body of research on how the immune system shifts over time following each dose, it is clear that another booster for vulnerable populations has a meaningful benefit with very little risk.

The FDA’s authorization provides the option of a second booster shot for vulnerable populations, but the agency stopped short of making it a broad recommendation.

How long does a Covid-19 booster last?

There is clear evidence that a third dose of the mRNA series — or the first booster dose — was and still is critical for ensuring a robust immune response against the Omicron variant for all age groups. This is in part because the immune response wanes over time and also in part because Omicron has proved to be partially effective at evading immunity from the existing Covid-19 vaccines and from prior infections.

But then the question becomes: How well is immunity from the first booster holding up over time?

While this data is insightful, 15 weeks of follow-up data isn’t very helpful in the U.S. because many Americans got their third dose up to 24 weeks ago.

The studies mentioned above pooled all age groups. But researchers know that older adults don’t mount as durable an immune response as younger people. This explains why breakthrough infections have occurred at a much higher rate among people ages 65 and up. A recent study in the Lancet assessed the durability of a third dose among people ages 76 to 96 years old. Researchers found that the third dose improved neutralizing antibodies, but in the face of Omicron, antibodies still dropped substantially following a booster.

President Biden gets his second booster shot on camera, and Dr. Anthony Fauci discusses the benefits of a booster.

Do we need a second booster?

Now that Israel has been delivering the fourth dose for several months, researchers have some data to rely on to assess its effectiveness. There are three studies that have been released so far, one of which has not yet been peer-reviewed.

In one study published in the New England Journal of Medicine, scientists assessed the rates of infection and severe illness after a fourth dose — or second booster — among more than a million people ages 60 and older in Israel. The researchers found that after a fourth dose, the rate of Covid-19 infection was two times lower than after a third dose. However, this protection quickly waned after six weeks. They also found the rate of severe disease was four times lower compared to those who received only three doses. It’s important to note, though, that hospitalizations among both groups were very low.

Researchers carried out a third study, one that has not yet been peer-reviewed, at a large health care system in Israel among people aged 60 to 100 years. Among 563,465 patients in the health care system, 58 percent received a second booster. During the study period, 92 people who received the second booster died compared to 232 people who had only the first booster. In other words, the second booster equated to a 78 percent reduction in death compared to the first booster alone.

What if you got Omicron?

The combination of being both vaccinated and having experienced a Covid-19 infection is called “hybrid immunity.” More than 35 studies have shown that hybrid immunity offers complementary and broad protection. This is because immunity from the vaccines targets the spike protein — after which the Covid-19 vaccines were designed — and infection-induced immunity aims more broadly at the whole virus.

So, it is not unreasonable to skip a second booster if you were infected with the Omicron variant. This doesn’t mean that people should purposefully get SARS-CoV-2, the virus that causes Covid-19. But it is clear that hybrid immunity is a viable path to protection.

In short, there is strong evidence that a fourth dose — or second booster — provides meaningful protection among vulnerable populations, including people over 60. So another booster is reasonable for some groups.

But while a fourth dose may benefit a select group, it is far more important that people receive their first, second, and third doses.

This article was originally published on The Conversation by Katelyn Jetelina at the University of Texas Health Science Center at Houston. Read the original article here.

In late March 2022, the U.S. Food and Drug Administration authorized a second booster shot of Covid-19 vaccines for vulnerable populations in the U.S., a move endorsed by the Centers for Disease Control and Prevention. People ages 50 years and older and certain immunocompromised individuals who are at higher risk for severe disease, hospitalization, and…

In late March 2022, the U.S. Food and Drug Administration authorized a second booster shot of Covid-19 vaccines for vulnerable populations in the U.S., a move endorsed by the Centers for Disease Control and Prevention. People ages 50 years and older and certain immunocompromised individuals who are at higher risk for severe disease, hospitalization, and…

Got a headache? 3 simple tips from a neuroscientist to ease your pain