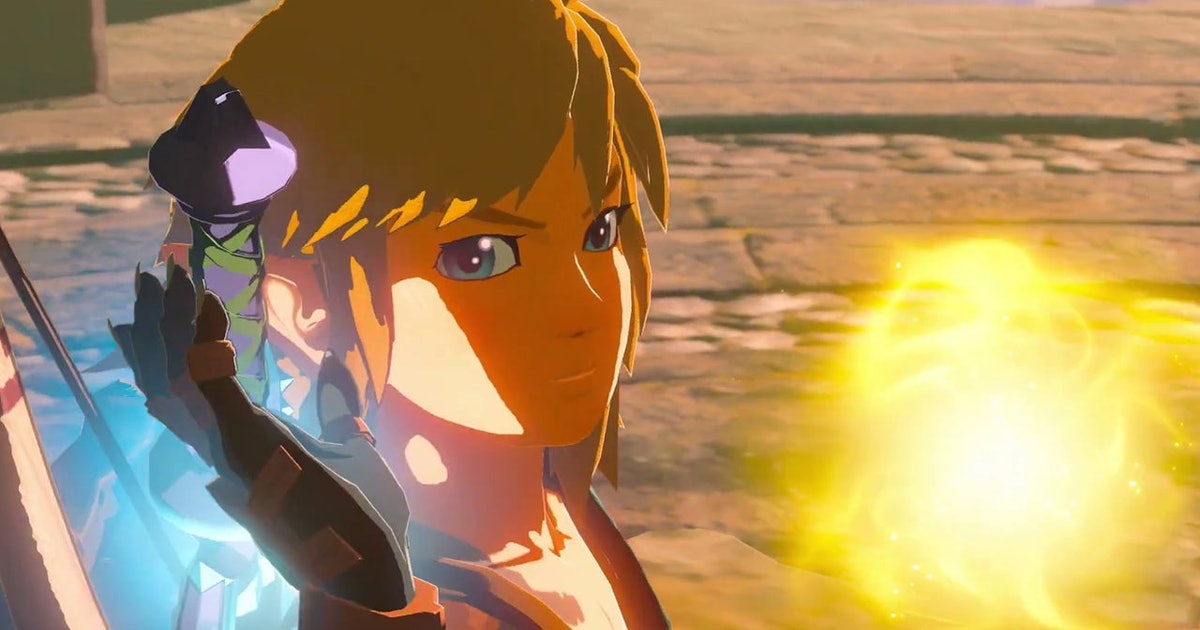 Is ‘BotW 2’ too advanced for the current Switch? Analysts weigh in

Alongside the news of The Legend of Zelda: Breath of the Wild 2’s delay to 2023, Nintendo released new footage of the highly anticipated game—footage that has been heavily scrutinized, despite clocking in at a mere seven seconds. During a Digital Foundry podcast (as relayed by GamesRadar), it was speculated that the BOTW 2 footage was not, in fact, running on a Nintendo Switch, but its successor, whether it’s an incremental Switch Pro upgrade, or a proper Switch 2. Could this mean BOTW 2 will skip the Nintendo Switch?

Experts don’t think it’s likely. To get to the bottom of this, Inverse spoke with two analysts: Dr. Serkan Toto, CEO of Kantan Games, and George Jijiashvili, Principal Analyst at Omdia, about what Nintendo’s potential plans are for a Switch successor, and how it relates to BOTW 2.

Is BotW 2 too graphically intensive to run on a standard Switch?

It’s impossible to know if the recent BOTW 2 trailer was running on a different platform, but analysts are confident the game will be available for the standard Nintendo Switch system.

Dr. Serkan Toto thinks it’s possible the BOTW 2 footage could have been running on more advanced hardware, but that doesn’t mean the game will skip the original Nintendo Switch.

“I personally believe [Digital Foundry is] making a good case here, and I would bet not my life, but a handsome amount of money that the BOTW 2 launch will be accompanied by a new/upgraded Switch next year,” Toto says.

George Jijiashvili notes that “We can speculate on this all day,” but the biggest takeaway is that—regardless of what platform the recent BOTW 2 footage was on—Nintendo will release the game for the current Switch model, as well.

“Nintendo without a doubt will want to get BOTW 2 on as many Switch consoles as possible,” Jijiashvili tells Inverse. “Limiting BOTW 2 to only Switch 2 owners wouldn’t make any business sense.”

Will a Nintendo Switch successor launch alongside BotW 2?

Nintendo has a history of releasing Zelda games across multiple generations, like Twilight Princess for GameCube and Wii, and Breath of the Wild for Wii U and Nintendo Switch. It’s certainly possible Nintendo will release BOTW 2 for Switch and its successor but don’t count on the company’s next major system (such as a Switch 2) to launch in Spring 2023.

It’s possible Nintendo could delay BOTW 2 to launch alongside the Switch 2, perhaps until late 2023 or early 2024.

“We know that Nintendo doesn’t shy away from delaying games if it feels it’s not ready yet,” Jijiashvili adds. “We therefore can’t fully rule out BOTW 2 launching at the same time as Switch 2, if the game keeps getting delayed a la Metroid Prime 4.”

But what about a Switch Pro? For a while now, analysts and reports have pointed to the potential of an incremental Switch upgrade in the works—similar to the difference between a PS4 and a PS4 Pro. Toto thinks it’s plausible a Switch Pro, not a Switch 2, will launch alongside BOTW 2.

“Instead of a Switch 2, I think an appearance of the mystical Pro [model] would make much more sense to support the launch of BOTW 2,” Toto tells Inverse.

This could explain why the recent BotW 2 footage looked so good, without buying into the theory that the game will launch with a proper Switch 2 system.

When will the Switch 2 launch?

A proper successor to the Nintendo Switch is inevitable, but it will likely be two years before it comes out, at least according to analysts. The delay could be because of supply shortages, which have plagued hardware manufacturers since 2020.

“Key component supply issues still haven’t gone away, and this is something that all hardware manufacturers will have to contend within the coming years,” Jijiashvili explains.

The other factor has to do with just how well the Nintendo Switch is still selling. As of December 2021, the system reached 103 million units sold, surpassing the lifetime sales of the Wii, which capped at around 101 million units.

Why make a new system when the current one shows no signs of stopping?

Toto reminds us that Nintendo president Furukawa “said the Switch is in the middle of its life cycle in 2020, 2021, and 2022,” and that the system is still selling “like hotcakes,” so there isn’t much need for a proper generational leap just yet.

“A Switch 2 release in 2023, following the launch in 2017, would make very little sense given how well the original Switch is still selling,” Toto adds.

So when will a Switch 2 launch? “According to our latest console forecast, we’re expecting Switch 2 in the first quarter of 2024. We believe that the earliest it could potentially arrive is holiday 2023,” Jijiashvili explains.

So, even if the footage shown in the BOTW 2 delay announcement is running on a newer, more powerful system, you can be sure the game will launch for the original Switch, as well—along with the Switch 2, likely at the end of 2023 or in 2024.

Alongside the news of The Legend of Zelda: Breath of the Wild 2’s delay to 2023, Nintendo released new footage of the highly anticipated game—footage that has been heavily scrutinized, despite clocking in at a mere seven seconds. During a Digital Foundry podcast (as relayed by GamesRadar), it was speculated that the BOTW 2 footage…

Alongside the news of The Legend of Zelda: Breath of the Wild 2’s delay to 2023, Nintendo released new footage of the highly anticipated game—footage that has been heavily scrutinized, despite clocking in at a mere seven seconds. During a Digital Foundry podcast (as relayed by GamesRadar), it was speculated that the BOTW 2 footage…