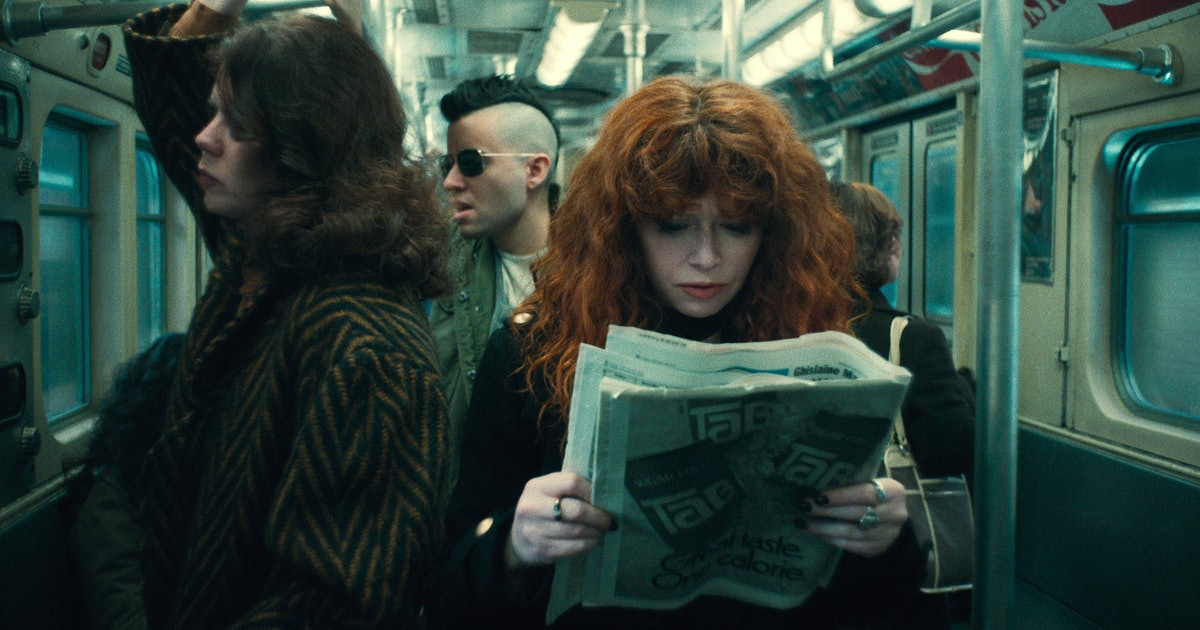 Once every couple of years, there’s a show that changes everything.

A show that entirely runs the gamut of genres to the point where it feels like nothing it attempts will ever be able to match that same energy again. Let’s call them One-Season Wonders.

Damon Lindelof’s Watchmen is an excellent example. Its single season was critically acclaimed, and there’s no follow-up in sight. The occasional One-Season Wonder can get renewed, but the follow-up seasons are missing that je ne sais quoi that kept us tuning in week after week. Killing Eve, which quietly ended this week after four seasons, is the perfect example of this.

It seemed like Russian Doll was doomed to follow the same path when Netflix renewed it for a second season. With a stellar first season that operates perfectly as a standalone, it was hard to imagine how the Netflix series could improve upon its already lofty story. But like a cock-a-roach, the Natasha Lyonne-led time thriller has evolved and survived its weighty expectations, delivering a second season that transforms this One-Season Wonder into a Two-Season Stunner.

Lightning in a Bottle

The “Groundhog Day” story of Russian Doll Season 1 captured the imaginations of Netflix’s 2019 audience. The show seemed to have everything audiences loved — tributes to New York, criticisms of gentrification, complicated metaphysics, a cat named Oatmeal, and most important of all, Natasha Lyonne’s quasi-Borscht Belt accent and mannerisms that launched a thousand Twitter accounts.

Season 1 ended with Nadia (Lyonne) and her fellow time-loop mate, Alan (Charlie Barnett), saving each other from dying the first time around, which is how they got caught in a loop, to begin with. Season 2 picks up four years later, in the days before Nadia’s 40th birthday. Not much has changed. She’s still stomping around New York with a mass of fiery red hair and an oversized black outfit. She’s still friends with Alan and Season 1 mainstays Maxine (Greta Lee) and Lizzy (Rebecca Henderson).

“…a thrilling season of television.”

But keeping the status quo isn’t enough for Russian Doll. To up the ante, Nadia and Alan “level up” and find themselves not within a time loop but in a bizarre, public transportation-fueled time travel adventure that has them bouncing through decades instead of living the same day over and over again.

This completely changes the scope of the story. Instead of being self-contained within specific pockets of time, Nadia and Alan are let loose throughout their families’ histories. And the consequences are far more significant than just rotting produce this time around.

Because of the time travel, Russian Doll Season 2 has an opportunity to bite off more existential themes. Season 1 had Nadia re-examine her relationship with her mother by reliving her birthday repeatedly, while Alan’s loop forced him to reflect on his failed relationship.

With this new power, Nadia and Alan take different approaches. Nadia sees an immediate opportunity to fix the problems in her life, while Alan just wants to have a good time in the past. But across both stories, the thread of generational trauma ripples throughout, pointing to larger questions on our relationships with our ancestors, chosen families, and what we owe each other.

But don’t worry, just because the show is maturing doesn’t mean it has lost its charm. Nadia still drops pop culture references left and right, never obvious enough to feel forced but still noticeable enough to be clever. New York — the transportation system especially — becomes the beating heart of Nadia and Alan’s realities, leading to a surreal finale that feels more like a David Lynch or Andrei Tarkovsky movie than a Netflix dramedy.

With its expanded new cast (including Annie Murphy, Rosie O’Donnell as “Train Announcer,” and a Hungarian man who sounds just like Tommy Wiseau) and twisting multiverse plot, Russian Doll pulls out all the stops to create a thrilling season of television.

Where Do We Go From Here?

Russian Doll should be studied as a masterclass in avoiding One-Season Wonder syndrome. But one question remains — is this a sustainable business model to get another installment of Nadia’s time-breaking antics? Netflix’s original series often get canceled after two seasons, so we may be saying goodbye to this topsy-turvy world (especially considering co-creator Leslye Headland’s shift to the Star Wars universe).

Even if the series is popular enough to garner another renewal, it’s hard to imagine where Russian Doll could go from here. After you’ve conquered the space-time continuum, what’s left to throw at your main characters? If sci-fi trends are anything to go by, it’s only a matter of time before we get a Russian Doll multiverse.

But regardless of where the story ends up, it’s clear fans don’t need to worry about the show losing steam. If there’s a corner of this mystical world Russian Doll hasn’t explored yet, then Natasha Lyonne will find it. And if there isn’t, we can rest easy knowing Nadia will handle whatever the universe has to throw at her.

Once every couple of years, there’s a show that changes everything. A show that entirely runs the gamut of genres to the point where it feels like nothing it attempts will ever be able to match that same energy again. Let’s call them One-Season Wonders. Damon Lindelof’s Watchmen is an excellent example. Its single season…

Once every couple of years, there’s a show that changes everything. A show that entirely runs the gamut of genres to the point where it feels like nothing it attempts will ever be able to match that same energy again. Let’s call them One-Season Wonders. Damon Lindelof’s Watchmen is an excellent example. Its single season…

All our burning questions about The Kardashians