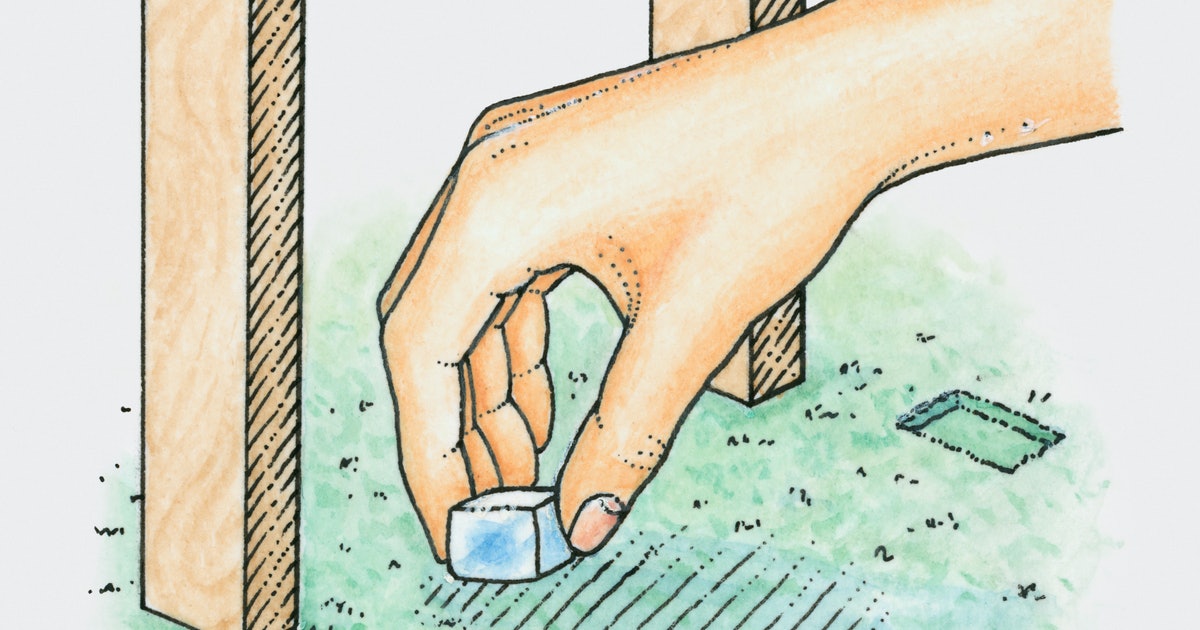 Scientists squeeze water into a new form of matter

As kids, you probably learned that matter — the stuff that makes up us and everything else — can come in three different states: solid, liquid, and gas.

In high school or college, more exotic forms of matter may have been added to the list like Bose-Einstein condensates and plasma, which form at very low and very high energies respectively. Like your eighth-grade science class that was mesmerized watching an ice cube sublimate into a swirling steam, many scientists have turned their professional curiosity to the study of matter states as well.

In these labs, atoms are poked, prodded, and squeezed until they transform into brand new forms of matter — many not found anywhere else on Earth.

One of the latest examples of this scientific alchemy is work published by University of Nevada, Las Vegas (UNLV) scientists earlier this month in the journal Physical Review B. Using a mix of high pressure applied by diamond anvils and laser heating, the team was able to coax the melting and crystallization of a water sample into a never-before-seen form of ice called Ice-VIIt. This ice now joins some 20-other identified forms.

Zach Grande is a UNLV Ph.D. student studying condensed matter physics and first author on the new work. He tells Inverse that part of what sets this new form of ice apart from the ice cubes in your freezer — aside from the lasers and diamonds — is its internal crystalline structure.

“Regular ice in your freezer is called ice Ih [which] stands for hexagonal because this ice grows in a hexagon,” Grande explains. This kind of ice is less dense than water and forms at atmospheric pressure when water is cooled below zero degrees Celsius.

Ice-VIIt, on the other hand, has a tetragonal structure (which Grande says is like “an elongated cube”) and only forms under extremely high pressure.

“These high pressure forms of ice are much denser than liquid water meaning they would sink and are more like a rock than the typical ice we see everyday,” Grande says. “However, the appearance is similar as it is still a clear solid much like the ice cubes in your freezer.”

Due to the special environment needed to form Ice-VIIt, Grande says it’s unlikely that we’ll find it on Earth. However, icy planets like Neptune and Uranus may be good candidates for discovering this ice in the future.

New forms of ice aren’t the only new kind of matter being cooked up in physics labs. At the beginning of 2021 a team of scientists from the University of Konstanz reported an even stranger finding of something they call “liquid glass.” The work was published in Proceedings of the National Academy of Sciences.

As we typically interact with it, glass is a solid — either brittle like in windows or molten and pliable when blown. Atomically speaking though, glass doesn’t behave like other solid objects and has a much more disordered internal state instead of a neat crystalline one. Confusingly, this kind of behavior can also be applied to non-glass matter that behaves in a “glassy” way.

It’s in that vein that the Konstanz researchers discovered something new about this strange form of matter. To model the interior of glass-like matter, the team created a model of suspended rice-shaped particles. Varying the concentration of these particles, they observed two competing phase transitions within the glass which kept it from becoming fully solid.

While this discovery won’t be used to create liquid glass mirrors, understanding the complexity of this structure could help scientists better understand how to study other types of complex systems, ranging from the movement of cells in a body to matter in the universe.

When it comes to observing strange behavior in matter, quantum mechanics is a likely culprit. At the end of 2021, scientists from Harvard University observed for the first time a long-theorized state of quantum matter called a “quantum spin liquid.” The results were published in the journal Science.

The existence of this matter state was originally theorized in the 1970s and pertains to the “spin” or magnetic orientation of electrons. Typically, spin is either oriented up or down in a clear pattern. However, in quantum spin liquids, it was theorized that this spin pattern would be less predictable and consist of two aligned electrons and one unaligned.

A so-called “frustrated magnet,” this state can create a quantum superposition where the electrons are in multiple configurations of spin simultaneously which creates entanglement across the entire material.

To bring this theoretical state to reality, the researchers chilled a lattice of rubidium atoms down to near absolute zero, or -273.15 degrees Celsius, and fired lasers at different atoms in the system to mimic the quantum spin liquid frustration.

Beyond creating a physical way to explore this strange quantum state, the researchers also believe that quantum spin liquids could also be used to advance quantum computers. In particular, they theorize that these spin liquids could be used to build a more robust, “topological” qubit that stores information throughout the entangled material instead of in a single part of it.

Such a qubit may be a crucial step to bringing quantum computers out of research labs and into everyday use.

As kids, you probably learned that matter — the stuff that makes up us and everything else — can come in three different states: solid, liquid, and gas. In high school or college, more exotic forms of matter may have been added to the list like Bose-Einstein condensates and plasma, which form at very low…

As kids, you probably learned that matter — the stuff that makes up us and everything else — can come in three different states: solid, liquid, and gas. In high school or college, more exotic forms of matter may have been added to the list like Bose-Einstein condensates and plasma, which form at very low…

Watch: Rare footage captures a day in the life of a wild wolf