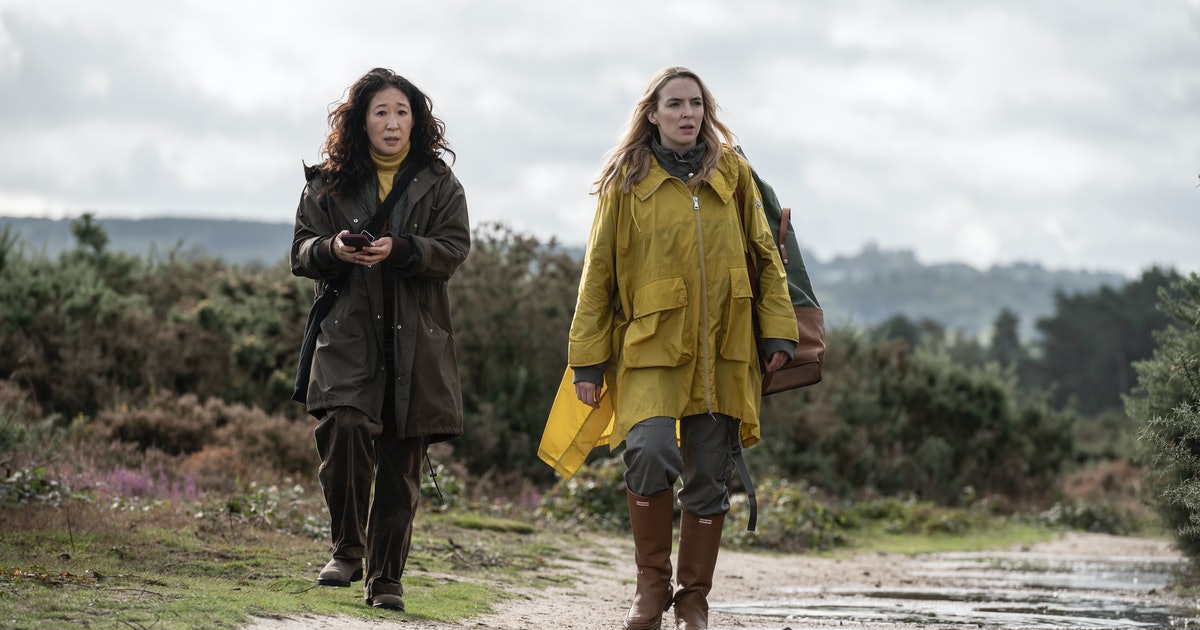 Killing Eve didn’t go out with a bang but a whimper Sunday night. That’s not to say that the series’ final installment doesn’t offer plenty of violent moments and surprising deaths. Killing Eve’s entire fourth season had more than enough bloody moments to go around, whether we’re talking about a certain someone’s death via pizza cutter or a brutal hotel room slaying in its sixth episode.

However, for all the gunshots that litter the final moments of Killing Eve’s series finale, the mood surrounding its conclusion could not be more lackluster. Within the episode (aptly titled “Hello, Losers”), Killing Eve’s last scene does not evoke feelings of triumph or catharsis but instead leaves you with bitterness and exhaustion.

And for good reason, there is an undeniable feeling of betrayal among Killing Eve’s fans, who are reckoning with an ending that has earned every ounce of the backlash it’s getting. We break down the Killing Eve series finale, viewers’ reactions, and how the show failed its main characters.

Killing Eve’s series finale concludes with Villanelle (Jodie Comer) and Eve (Sandra Oh) sneaking onto a ferry boat to interrupt a meeting between the leaders of The Twelve. Once there, Eve gets roped into officiating a wedding while Villanelle sneaks below deck and murders the remaining members of the Twelve. That sequence happens largely offscreen, with the episode cutting back and forth from Villanelle’s violent rampage to Eve’s illogical wedding reception dance.

After destroying The Twelve, Villanelle finds Eve and leads her onto the outer deck of the ferry. There, the two women hug in celebration of their(?) accomplishment, only for Villanelle to suddenly be shot in the shoulder by an unseen gunman. In response, she and Eve dive off the ferry into the surrounding river. However, as they attempt to swim toward each other, Villanelle’s body is riddled with more bullets.

Eve attempts to reach her, but the river’s current pulls Villanelle’s body out of reach. As Eve swims to the surface, Carolyn is shown standing on the riverbank, and it’s revealed that she was the one who ordered the hit on Villanelle. Moments later, Eve emerges from the water, screaming.

And that’s how Killing Eve ends, with its central duo forever torn apart in the same river that they stood over together at the end of its third season. Understandably, the reaction to the episode has been overwhelmingly negative so far.

WHAT’S YOUR FAVORITE TIME-TRAVEL MOVIE? Click here to help us rank all the ones on Netflix.

There is a lot that Killing Eve’s series finale does wrong, and fans have been quick to point out its many flaws online. The episode has already received comparisons to Game of Thrones’ infamously bad series finale, and LGBTQIA+ fans, in particular, have called out the show for playing into the tired “Bury Your Gays” trope.

The trope in question was coined in reference to the overwhelming number of 19th, 20th, and 21st-century stories that end with two queer characters being torn apart by death. The trope has long been referred to by some as “Dead Lesbian Syndrome” due to the disproportionate number of times it has affected fictional lesbian relationships. For a long time, the trope was followed by writers who had to kill their queer characters to be allowed to include them in their stories in the first place. Nowadays, there’s no reason for it to exist.

But Villanelle’s death isn’t just another instance of a beloved queer character biting the bullet in their story’s last act. Her murder is made worse by the fact that Killing Eve Season 4 kept her and Eve apart for most of its story. As a result, the only happy moments the two are allowed to share throughout the season all happen in the series finale.

Eve and Villanelle’s scenes together throughout the episode just make its ending that much more frustrating and, frankly, insulting. Much like Villanelle’s death, a queer couple finally coming together only for one of them to be killed moments later is a trope that viewers are very familiar with. It’s an annoying cliche in and of itself, but it’s particularly disappointing to see Killing Eve use it.

When it premiered in 2018, Killing Eve impressed viewers by bucking the kind of tired, restrictive tropes that have plagued television for years. Its first season, which Fleabag writer Phoebe Waller-Bridge helmed, gave Killing Eve’s actresses the chance to play the type of multi-dimensional, flawed, merciless, and messy characters often reserved for men. Thanks to Waller-Bridge’s writing and the performances given by both Oh and Comer, Eve and Villanelle became unforgettable characters because of their unwillingness to conform to society’s rules.

The two were fascinated by things that others told them they shouldn’t be and were attracted to each other despite everyone in their life insisting that their relationship was dangerous. In that way, Eve’s pursuit of Villanelle wasn’t just thrilling and entertaining to watch — it also represented her desire to live a life different from the one that society had assigned to her.

Throughout the show’s four seasons, Eve struggled to commit to that life, suffering losses along the way that momentarily scared her off her pursuit. Therefore, her decision to chase after Villanelle and be with her in the series finale represents Eve’s long-awaited acceptance of the life she’d been chasing ever since Killing Eve’s pilot episode.

What is her reward? The death of the only person in her life she still cares about.

The Inverse Analysis — Eve suffered a lot throughout Killing Eve, and fans stuck with her and Villanelle throughout that time, hoping that their bond would ultimately prove to be worthwhile. Instead, Killing Eve ends with Eve suffering her greatest loss to date just moments after making the leap she’d long been afraid to make. That’s a twist that calls her entire journey into question, and it forces one to wonder about the nature of the show’s message.

If all that Eve’s journey brought her was loss and despair, then is Killing Eve trying to say that she should never have left her desk job? Or that she and Villanelle’s pursuit of a life together — one free of social norms — was never going to be allowed actually to exist? The implications of that latter possibility are disconcerting and upsetting, to say the least.

More than anything, it’s disappointing to see a show, which first made its mark by being so distinctly different from everything before it, end in such a familiar, tired way.

Killing Eve didn’t go out with a bang but a whimper Sunday night. That’s not to say that the series’ final installment doesn’t offer plenty of violent moments and surprising deaths. Killing Eve’s entire fourth season had more than enough bloody moments to go around, whether we’re talking about a certain someone’s death via pizza…

Killing Eve didn’t go out with a bang but a whimper Sunday night. That’s not to say that the series’ final installment doesn’t offer plenty of violent moments and surprising deaths. Killing Eve’s entire fourth season had more than enough bloody moments to go around, whether we’re talking about a certain someone’s death via pizza…