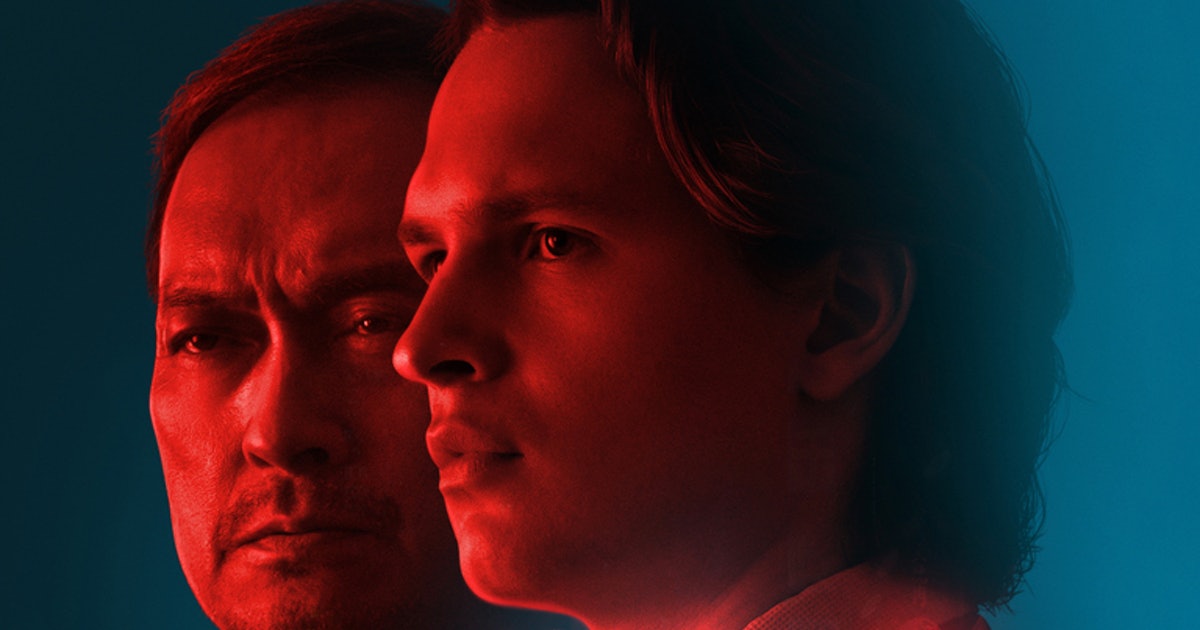 The first episode of HBO Max’s Tokyo Vice is spectacular.

Michael Mann — the filmmaker responsible for seminal American crime classics like Heat, Collateral, and Thief — directed the show’s pilot, and you can tell. The episode has all the hallmarks of a Mann film: his kinetic handheld camera style, unexpected but surprisingly effective needle drops, and flirtatious nighttime encounters.

As a result, the episode feels reminiscent of several Mann classics, namely, The Insider and Miami Vice, but not just in visual, stylistic terms. The pilot also achieves the same propulsive, frenetic energy present in so many of Mann’s later films and sets Tokyo Vice up for greatness. Unfortunately, the HBO Max series doesn’t quite follow through on the promise of its pilot.

WHAT’S YOUR FAVORITE TIME-TRAVEL MOVIE? Click here to help us rank all the ones on Netflix.

Critics were provided with early access to the show’s first five episodes, and the four chapters that follow its Mann-directed premiere mostly fail to recapture its style, pace, and energy. The show’s pilot is the only episode directed by Mann. After the loss of his vision, what remains is an uneven crime drama that, thanks to the contributions of several talented performers, still manages to make a mark.

Tokyo Vice is based loosely on a 2009 memoir by Jake Adelstein, which details his work as a non-Japanese reporter working for a newspaper in Tokyo.

The series is set in 1999 and follows Adelstein (played in the show by Angel Elgort) as he seeks to uncover the truth behind a series of shocking public suicides happening throughout Tokyo. Throughout his investigation, Jake finds himself diving deeper into Tokyo’s underground crime world of cops, yakuza gangsters, and nightclubs.

The show’s Mann-directed first episode doesn’t waste much time getting into its central mystery. Following an ominous flash-forward sequence, the episode introduces Jake and completes his journey to becoming a professional Japanese crime journalist within its first act. In its second half, the episode not only sees Jake come across two horrifying crime scenes but also has him cross paths with a number of the series’ most prominent players.

Tokyo Vice slows down quite a bit after its pilot episode, shedding its propulsive narrative momentum to detail every step and detour Jake takes throughout his investigation.

Not every episode that adopts this pace manages to be consistently entertaining, and there are moments when it becomes unclear which storyline viewers are meant to care about the most. Unlike recent crime dramas like Mare of Easttown and True Detective, Tokyo Vice doesn’t keep its focus on one single crime but multiple, and it introduces several perspectives outside of Jake’s.

When Tokyo Vice works, its wide narrative net allows it to feel like a comprehensive, sweeping portrait of the criminal underworld of late 1990s Tokyo. Conversely, there are moments in Tokyo Vice’s third and fourth episodes when the show comes dangerously close to feeling unfocused and scattershot. Fortunately, while its multi-perspective structure often hampers the momentum of its storytelling, many of Tokyo Vice’s characters still emerge as layered and fascinating figures.

Ken Watanabe shines as Hiroto Katagiri, the police detective who takes a liking to Jake and helps him ingratiate himself in the yakuza underworld. The role might be the best that Watanabe has been given in quite some time, and the actor doesn’t let it go to waste. Katagiri is a wise and formidable figure, and Watanabe’s imposing screen presence makes you believe him as someone capable of moving through the yakuza underworld unscathed.

Legion and Fargo star Rachel Keller similarly impresses as Samantha, an American-born hostess at a Tokyo bar who strikes up a quick friendship with Jake. The character is similar to many that we’ve seen before in past crime movies and TV shows, but Keller brings real depth to a role that might have come across as one-note in lesser hands. She gets an introduction for the ages courtesy of Michael Mann too, who introduces Samantha by having Keller sing a Japanese cover of “Sweet Child O’ Mine” while wearing a sultry red dress in a dimly lit bar.

Elsewhere, Show Kasamatsu turns in an emotionally nuanced performance as Sato, a yakuza gangster who isn’t nearly as tough as he’d like everyone to believe. A scene near the start of Tokyo Vice’s fourth episode shows him passionately defending and singing along to “I Want It That Way” by the Backstreet Boys, and it stands out as one of the show’s most lighthearted and human moments.

The most disappointing thing about Tokyo Vice is the divide that exists between its first episode and those that follow it.

The series essentially loses Michael Mann’s directorial stamp after its pilot, trading in the filmmaker’s impressionistic, handheld camera movements for the kind of steady master and medium shot shooting style that often dominates “prestige TV.” Not only does that make Tokyo Vice look and feel less unique, but it also means the series has to rely primarily on the strength of its plotting to keep viewers intrigued. The show doesn’t always succeed at doing that.

As a stylistic exercise, Tokyo Vice is a largely successful effort from everyone involved, and many of its actors turn in impressive and layered performances as their characters. If you have a particular fondness for the crime genre, its flaws won’t stop you from remaining invested in Tokyo Vice. However, if you’re a viewer who isn’t as enamored with organized crime stories, it might feel too scattered to keep up with Tokyo Vice’s sprawling storytelling scope.

The first episode of HBO Max’s Tokyo Vice is spectacular. Michael Mann — the filmmaker responsible for seminal American crime classics like Heat, Collateral, and Thief — directed the show’s pilot, and you can tell. The episode has all the hallmarks of a Mann film: his kinetic handheld camera style, unexpected but surprisingly effective needle drops,…

The first episode of HBO Max’s Tokyo Vice is spectacular. Michael Mann — the filmmaker responsible for seminal American crime classics like Heat, Collateral, and Thief — directed the show’s pilot, and you can tell. The episode has all the hallmarks of a Mann film: his kinetic handheld camera style, unexpected but surprisingly effective needle drops,…