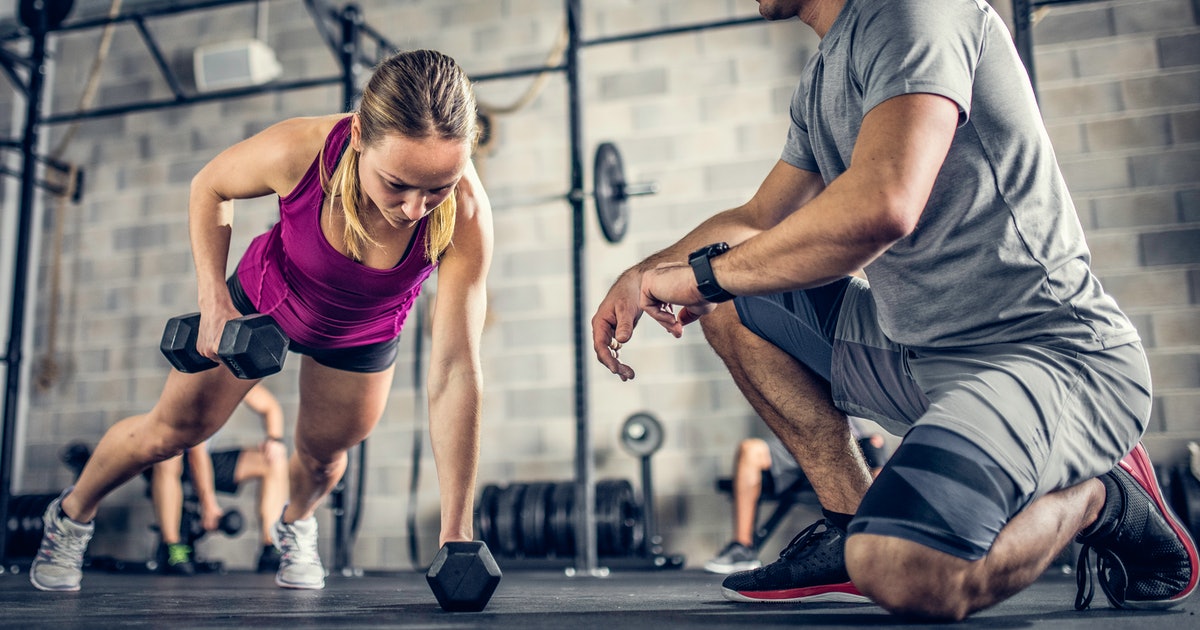 Do three-second lifts work? An exercise scientist breaks down how much lifting you actually need

Early in There’s Something About Mary, the 1998 rom-com classic, Ben Stiller’s character picks up a hitchhiker who has a genius idea for a best-selling product. “Seven-minute abs,” he says, selling Stiller’s stalker character on an exercise tape a full minute shorter than one then on shelves. “You see ‘Eight Minute Abs’ sitting there, ‘Seven Minute Abs’ right beside it, which are you going to pick?” Stiller concedes it’s a good idea, but suggests ‘Six-Minute Abs’ might be even better. The wayfarer doesn’t understand. “You’d barely break a sweat” with such a short workout.

More recently, a study published in the Scandinavian Journal of Medicine & Science in Sports cut the workout down even further. Researchers at Niigata University in Japan and Edith Cowan University in Australia found that just three seconds of heavy lifting, done regularly and consistently can increase strength significantly. In the study, healthy but sedentary college students held maximum force muscle contractions for three seconds once a day, five days a week for a month. The “lifts” were performed on an isometric dynamometer, a sort of half-gym machine half-computer that tracks force and were either isometric, in which the weight is held straight out, concentric, or raised, or eccentric, where it’s lowered. By the study’s end, subjects who performed isometric and concentric lifts were 6 and 7 percent stronger than the control group, respectively. And subjects who performed eccentric exercises were 12 percent stronger.

The study’s three-second interval halved the time prescribed in a landmark 1950s study on isometric exercise, in which six seconds was found to be beneficial. The current study also fits in with other scholarship covering quick spurts of aerobic exercise separated by long rest periods. Four seconds of biking all out a few times a day have been shown to improve fitness, strength, and muscle size significantly over time.

So, how exactly do a few seconds of lifting a day lead to strength? I spoke to Ken Nosaka, one of the study’s authors and a sports scientist at Edith Cowan University in Australia, about its findings and applicability.

What the new study found

The study’s main hook is its short stimulus: only 60 seconds over a whole month is enough for improvement. It’s a minimal stimulus and aimed toward beginners and untrained individuals. Despite the long-documented history of beginner gains, researchers didn’t find an increase in muscle size among participants. This might be because there wasn’t, Nosaka says, any muscle damage from the workouts — referring to DOMS-like (delayed onset muscle soreness) intense post-workout soreness. Ultimately the stimulus, says Nosaka, was “close to nothing.”

Nosaka notes that because these workouts were so short, nutrition wasn’t part of the experiment. On some level, this makes sense: such a short time spent under load won’t expose a diet lacking in protein and calories as a real program would. If this all sounds much simpler than a real workout program, it is. The study was designed less to highlight recovery or muscle growth than to find an observable but absolutely minimal dose of lifting.

Nosaka says his colleagues tried to show people who have trouble fitting exercise into their busy lives how effective this very minimum exercise dosage could be. “Many people don’t train regularly because they say they don’t have any time,” Nosaka says, “but they cannot excuse [not having] three seconds, right?” Nosaka frames this minimum dose as the first step in a long association with movement, and strength training. From there, people would move on to different programs. “There are much better exercises out there,” says Nosaka.

More on those three-second lifts

About those exercises: Subjects performed contractions on an isokinetic dynamometer, a data-heavy, computer-based machine that doesn’t exactly sit next to the squat rack. A max-effort rep on an isokinetic dynamometer doesn’t involve actual weights but gets measured by its resistance. Which is hard to replicate perfectly with a barbell or kettlebell: in a max-effort gym lift, weight is picked either very judiciously, or worked up to, with volume: first an empty bar, then more weight, then that 400 lb. one max rep squat. Still, it seems to work well for dumbbell curls.

Nosaka hints at upcoming studies potentially weaning off the isokinetic dynamometer, and focusing on the rest of the body. While other body parts might be tougher to test — a similar test for legs would likely not show as big an improvement, since quads and hamstrings get used throughout the day, and aren’t really “untrained” — the goal is to show a full-body minimum dose of resistance training.

Nosaka’s group is conducting other studies in which the time of the lifts is varied. One study has subjects performing a maximal contraction six times five days a week for four weeks, with a second group lifting six times one day a week for four weeks, a third doing five sets of six maximal contractions for just one day, and getting tested at the end of four weeks. Nosaka says the first group’s results are significant and similar to the groups in the published study. (The second and third groups haven’t seen as much progress.) While it’s hard to offer concrete reasons for this discrepancy — it could be nutrition, sleep, training history, to name a few factors — anecdotal evidence says the latter two groups didn’t improve because their work wasn’t spread out regularly and frequently enough to see gains. “You have to perform an eccentric contraction every day,” says Nosaka, for strength to occur.

So it makes sense we get strong if we lift regularly — even just one rep — and that the heavier that lift is, it matters. But the type of lift is also important: it’s the eccentric lifters who got the most out of the study.

Which is not a new concept. Because eccentric lifts place muscles under more stress, they have more of a stimulus and build more strength. Lifters who can’t do a chin-up get thereby getting to the top of the bar and lowering themselves down slowly. Squatters can improve their totals by sitting down on boxes very slowly.

The study asks: should even lift weights up at all? We get a much better pump just lowering them down. It seems sacrilegious, but for people who don’t have time to work out, it’s not all that bad, and it still fits in with traditional chin-up programs, and box squats. There are exercise machines that isolate eccentric movement: both the Vitruvian, which Nosaka consulted on, and the Isochain, a model sold by Pavel Tsatsouline, the kettlebell guy, focus on lowering the weight down very slowly. Nosaka, for his part, suggests grabbing a too-heavy dumbbell up with two hands and lowering it down slowly with one.

Skipping half of a traditional lift feels like Seven-Minute Abs if slightly better-conceived: we chin ourselves down and not up so we can save time. It doesn’t seem like the path. But it’s better than nothing.

Studies that cover beginner lifters are always tricky: just about everything they do leads to gains, since they’re not yet adapted. This adaptation occurs because repeating a lift bolsters the mind-muscle connection: after more reps, the brain recruits muscle fibers more quickly.

When I asked Nosaka how much of the study’s results were neural, and the extent to which a maximal load greases the muscular groove, he agreed, and said “we think this adaptation is mostly due to neural adaptations [than muscular ones.]”

Stuart Phillips, a prominent kinesiologist at McMaster University, tells me that while the study is interesting, “it’s been known for some time now.” He also sees the effect as a “neural adaptation” — the mind-muscle connection improving, which happens quickly with most novice lifters in the very beginning stage of lifting — and which echoes the findings in a 2017 study published in the journal, Medicine & Science in Sports & Exercise.

How you can apply it to your workouts

The study’s attention-grabbing headline is a bit more measured under the microscope: some of the gains come from people getting used to just lifting, and their neurons and muscles firing faster — lifting better.

But it’s also a study that shows, roughly, that any spate of hard training is better than none. Subjects underwent efficient, intense regular workouts — just incredibly easy ones since they hadn’t trained before. Until Nosaka’s group conducts the rest of their studies, beginners should just take the recommendation to work out hard, and regularly, and give themselves time to grow.

Intermediate or advanced lifters know that eccentric work gets results, and the heavier the weight at the gym, the fewer reps you generally need. That study formalizes this hard-won, anecdotal lifting-world knowledge and takes it to a hilarious conclusion: a workout so short that if you blink, you might miss it. And the implied conclusion — that if you have more than three seconds, the sky is the limit — is even better.

LEG DAY OBSERVER is an exploratory look at fitness, the companion to GQ.com’s Snake America vintage column, and a home for all things Leg Day. Due to the complicated nature of the human body, these columns are meant to be taken as introductory prompts for further research and not as directives. Read past editions of Leg Day Observer for more thoughtful approaches to lifting and eating.

Early in There’s Something About Mary, the 1998 rom-com classic, Ben Stiller’s character picks up a hitchhiker who has a genius idea for a best-selling product. “Seven-minute abs,” he says, selling Stiller’s stalker character on an exercise tape a full minute shorter than one then on shelves. “You see ‘Eight Minute Abs’ sitting there, ‘Seven…

Early in There’s Something About Mary, the 1998 rom-com classic, Ben Stiller’s character picks up a hitchhiker who has a genius idea for a best-selling product. “Seven-minute abs,” he says, selling Stiller’s stalker character on an exercise tape a full minute shorter than one then on shelves. “You see ‘Eight Minute Abs’ sitting there, ‘Seven…

How to watch the spring’s first meteor shower