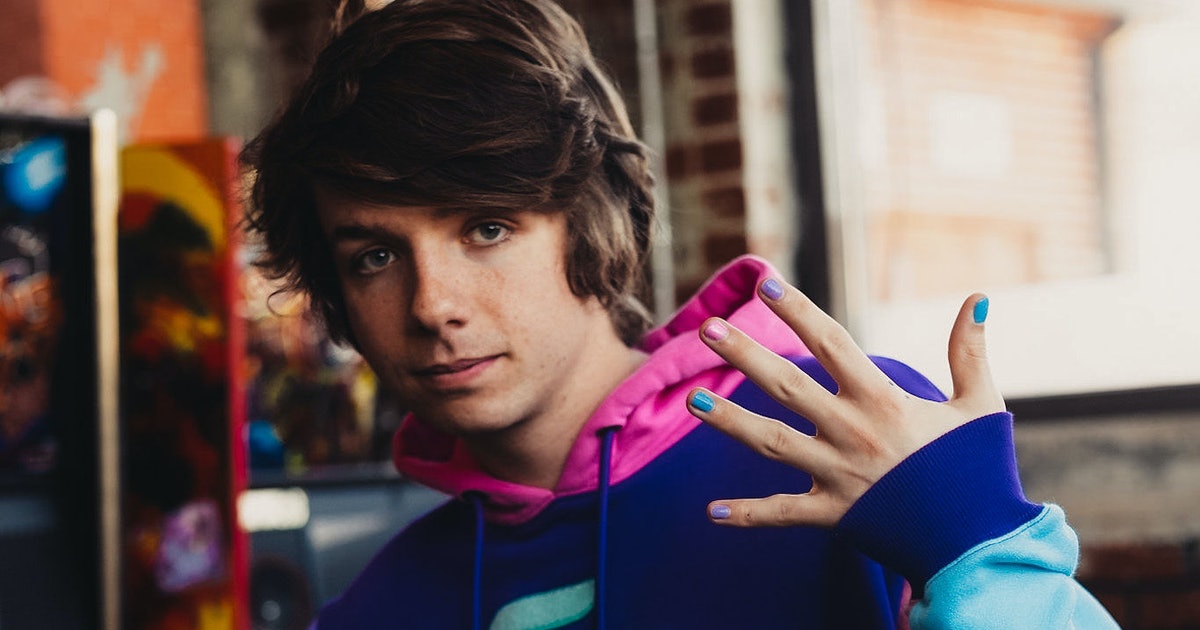 Karl Jacobs reveals how a Mr. Beast fluke made him a Minecraft icon

Karl Jacobs is a creator between worlds.

The 23-year-old is one of the star members of MrBeast’s inner circle, crafting outlandish stunts — like recreating a real-life Squid Game and getting hunted by the FBI — for a YouTube channel boasting more than 100 million viewers. That’s not to mention his own enviable fanbase of 3.6 million YouTube subscribers.

Over on Twitch, Jacobs is a streaming superstar and one of the leading figures in the Minecraft roleplay community with more than 3.4 million followers. As one of the pillars of the Dream SMP — a private server for only the chosen few in the building game’s highest echelon — Jacobs’ monthly charming streams have him trying to escape mazes, fight virtual wars, or just hang out with his fictional bros.

He’s created a whole dedicated universe of lore that’s been watched by hundreds of thousands of fans. Jacobs’ followers post fan fiction and even create online personalities based on his streaming content. For the most part, he says his community has been respectful — though rare few occasionally cross the line.

Jacobs spoke to Inverse about his growth as a creator, getting involved in the world of Minecraft, and how he avoids the ever-looming threat of burnout.

Would you mind giving me a little introduction to yourself?

I’m a content creator on Twitch, YouTube TikTok — I’m kind of all over the place. My content is anything that I think would be fun to make.

How did you get to be a content creator?

I started out as a Twitch streamer, streaming to not too many people for three years of my college life. I was going to college for video editing and then I landed a job while I was still in college to edit for MrBeast’s brother’s new YouTube channel, MrBro.

So, I dropped college and moved across the country to become an editor for that channel. And then I kind of just made my way up the ranks in Beast and ended up being an onscreen talent in which I went back to making the content of my own at the same time. Now I have a following of my own.

“It’s always important to try to stay true to yourself.”

In those early years on Twitch, what kept you going? What was the transition like to becoming the MrBeast superstar?

When I was just starting out on Twitch, I was blown away whenever 20 people were watching me. I just thought it was a crazy feeling to have 20 people sitting down watching me, even though 20 in the grand scheme of things is kind of a smaller number on Twitch.

When I got big, it felt like a pretty jarring change. But I was really thankful to have three years of streaming under my belt because it better prepped me for how I want my persona online to be.

How important is staying true to that character you’ve created all those years ago, even with a much larger platform?

It’s always important to try to stay true to yourself. My character happened to just be a caricature, an over-the-top version of myself basically. So it’s not too far from what I was already going for.

The most important part of content creation is staying true to what you think is funny and what you enjoy. Because if you’re not thinking it’s funny, then how are you going to expect other people to?

It’s definitely daunting. But there are foundational morals and things that you hold true to yourself. I don’t ever really have to think about it. It’s just who I am and how I create my content.

How do you create those boundaries between you and your fan base?

I’m very lucky in the fact that I have made a community that doesn’t really cross too many boundaries. Something that’s important is to check your community and make sure that they’re up to par with what you want them to be like. So if they’re doing something that’s wrong, I try to tell them that. if somebody uses me as their profile picture, I don’t really like it when they get into fights on the internet. So if they have a picture of me as their profile picture, I don’t want them to talk bad about other content creators.

“Me and Dream just kind of really hit it off.”

My community is really cool in the way that they actually police each other. So I’ll see somebody do it and then I’ll see everybody respond like, ‘Karl doesn’t like that. Don’t do that.’ That’s how you can cultivate a community that isn’t really interested in the dramatic side of things and is more interested in just liking cool content.

How did you feel about the shipping culture in your community?

It’s just something that comes with potential parasocial relationships. It’s just inherent with it — if there are two people you have an interest in, you might want them to have an interest in each other. I’ve never really thought too deep into it, to be honest.

How did you get involved with the Dream SMP?

It’s a funny story actually. One day early on in MrBeast Gaming, they were going to do a collaboration with Dream who was a rising Minecraft star. They didn’t need me for that shoot because they had Chandler and Chris, but Chris ended up being sick so I took his spot and came in and hung out.

Me and Dream just kind of really hit it off. I didn’t exactly know who he was before too much, except I had heard his name early on. It was likewise with him, but we really, really hit it off. From there we just kept hanging out and kept talking and then one day he just invited me into his little group of friends and that’s where it all started.

How involved are you with creating Dream SMP lore and streams?

The streams end up being super grandiose and super lore-driven a lot of the time. I guess I have a say in the matter for the grand scheme of things, but typically I’m more so working on my lore that’s within the Dream SMP, which ends up being a large chunk of it.

I can’t imagine you were writing fiction pieces about Minecraft worlds beforehand.

No, I definitely wasn’t. But I did always kind of really enjoy writing and I’ve grown up watching anime and cartoons, and just animation in general. So it just came naturally.

How are you writing the lore, do you have a notebook or is it more improvisational?

You’d think I’m a crazy man. I have like three journals filled, I’m working on a fourth one, just filled with what I want for my lore and stories that I’m progressing forward for myself, and maybe spin-off stories and stuff like that. I’ve literally worked on so much.

The Dream SMP is in a really cool spot, where we kind of got this fan base that is just massive and they’re just in love with storytelling. If we are getting hundreds of thousands of views concurrently, I think it’s our role to try to make them really cool stories. I just feel like they earned it.

You’ve cemented yourself in these two powerful brands, MrBeast and Minecraft. Which one do you resonate with more?

I love both of the communities so much. They’re so distinctly different though. When people walk up to me as a fan, I can almost guarantee that I can tell you which section of the fandom they know me from, whether it be MrBeast or Dream SMP, just based on demographics.

But I don’t think I resonate with one over the other necessarily. I think they’re both super passionate. Going off of just numbers, MrBeast fandom is just specifically larger. We’re about to hit 100 million pretty soon for subscribers on YouTube.

How do you avoid burnout?

I think I stay away from being burnt out because I have a community that is always down for whatever types of content I’m interested in making, to be honest.

I am working on a comic series right now because comics are something I grew up with, it’s something I’m super passionate about, and it’s just something I’ve always wanted to be a part of. So they’re down for it. The community is excited about it. Some of them want it to be the first comics that they ever read and it’s something that’s super cool to me. I think a lot of creators don’t really get to do that.

Streamer Secrets is an Inverse interview series with the most fascinating streamers online.

Karl Jacobs is a creator between worlds. The 23-year-old is one of the star members of MrBeast’s inner circle, crafting outlandish stunts — like recreating a real-life Squid Game and getting hunted by the FBI — for a YouTube channel boasting more than 100 million viewers. That’s not to mention his own enviable fanbase of…

Karl Jacobs is a creator between worlds. The 23-year-old is one of the star members of MrBeast’s inner circle, crafting outlandish stunts — like recreating a real-life Squid Game and getting hunted by the FBI — for a YouTube channel boasting more than 100 million viewers. That’s not to mention his own enviable fanbase of…

Price, games, and Day One launches