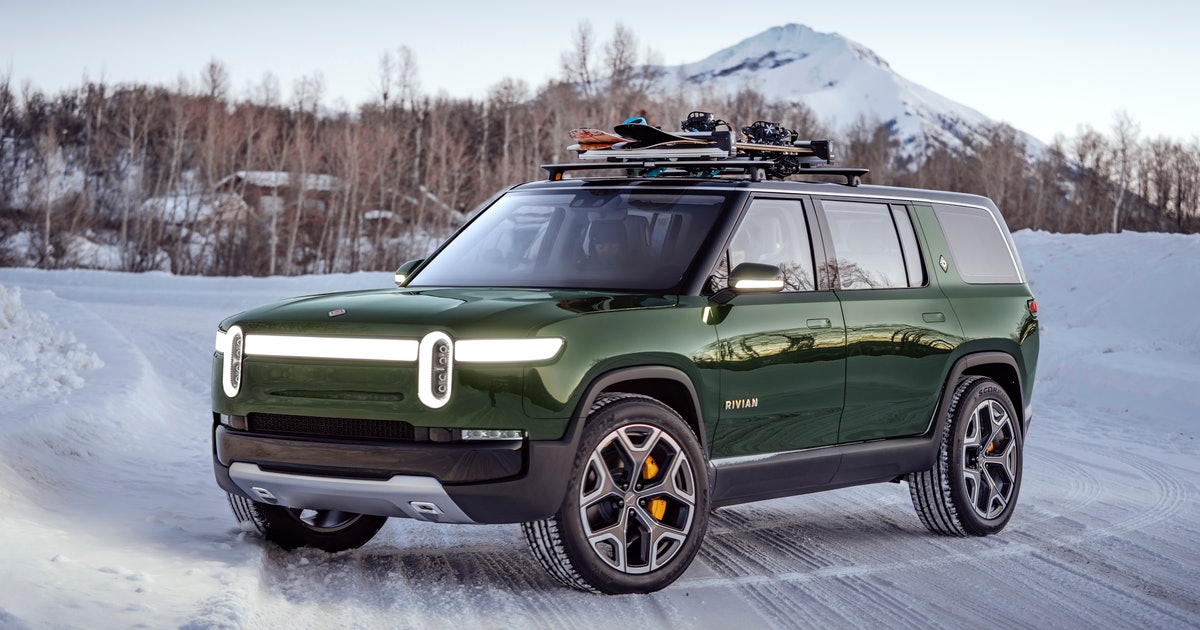 Americans love their SUVs. That’s part of why electric cars have not taken off with regular consumers in the US yet: there aren’t any EVs that we really want to buy.

We have the Ford F-150 Lightning and the Rivian R1T (which I compared and contrasted a few weeks back) to satisfy the pickup truck crowd, but for SUV lovers who want to go electric, the Rivian R1S and the BMW iX are the clear front-runners.

They’re similar in a lot of ways, including both price and range, but style, off-road chops, and that all-important brand logo on the front (if you care about such things) create clear divisions between the two depending on what you’re after.

But, if you’re trying to choose between the BMW iX and Rivian R1S and you haven’t quite made up your mind yet, here’s everything you need to know about how the vehicles compare stats- and feature-wise, and the things you’ll want to consider as you make your electric SUV purchase decision.

As to be expected with BMWs, there are plenty of options to make even the most discerning iX xDrive50 buyer happy, including gorgeous 21- and 22-inch wheel options (that lower your estimated range, it should be noted), $2,450 for perforated leather seating, various option packages, a $3,400 Bowers & Wilkins surround-sound system, a $1,600 dynamic handling package, and more.

All in, I was able to build a fully-loaded iX xDrive50 for $107,670 — not coincidentally, that’s almost exactly what the iX M60 starts at, though the vehicle customizer for the more powerful iX is not yet live.

The Rivian R1S starts at $72,500 for the Explore package, or $78,000 for the Adventure package that upgrades the interior, the sound system, as well as ventilated seats and dual front bumper tow hooks.

That’s all with the dual-motor all-wheel-drive system, while a quad-motor system (with an electric motor at each wheel) is an extra $6,000. Going from the “standard” battery pack to the “large” size is another $6,000, and that’s available only with the quad-motor option.

Choosing any color paint other than silver will cost you $1,750 or $2,500, while upgrading to the 20-inch all-terrain tires or the 22-inch high-performance street tires will cost you $2,500 or $3,500 depending on which wheel option you get.

A nicer interior can cost an extra $2,000, and numerous other features add cost including cargo crossbars ($500), a Yakima three-person roof-mounted tent ($2,600), a reinforced underbody shield for protection while off-roading ($2,000), and various other mounts and kits depending on your needs.

Checking almost every box, I was able to get the Rivian R1S up to $104,625, awfully close to the fully-loaded BMW iX xDrive50. Both the Rivian and BMW products are eligible for a $7,500 federal tax credit and various state credits.

The Rivian R1S with quad-motor and large battery has an estimated range of 316 miles according to the EPA, the only configuration currently available to be rated by the agency. Rivian estimates that the dual-motor variant will rate at least 260 and 320 miles for the standard and large pack respectively.

There are three versions of the BMW iX xDrive50 depending on which wheel package you get. The 20-inch wheels give you an EPA-estimated range of 324 miles, while the 21-inch and 22-inch versions give you 305 and 315 miles respectively, according to the EPA website.

Because these range estimates are just that — estimates — it means the BMW iX xDrive50 and Rivian R1S have roughly the same range. BMW estimates the iX M60 will have a 280-mile range with the 21-inch wheels fitted.

The Launch Edition Rivian R1S comes with a 135 kWh battery pack, with a 128.9 kWh usable battery capacity, the same as in the Rivian R1T.

Rivian claims its batteries can take 220 kW on a DC fast charger, with future updates pushing that to 300 kW or more. According to Rivian, that’s good for filling 140 miles of range in about 20 minutes.

Onboard chargers for both the Rivian and BMW are around 11 kW, meaning it would take more than 11 hours for them to fill when charging overnight at a properly equipped residential charger.

Rivian isn’t being exact, but it says the quad-motor R1S makes more than 800 horsepower and more than 900 ft-lbs of torque. Those are astonishing, supercar numbers — and the dual-motor version should be no slouch either, producing “more than” 600 hp and 600 ft-lbs of torque.

The BMW iX xDrive50 will make a peak combined output of 516 hp. The performance-focused iX M60 has a claimed maximum system output of 610 hp and a maximum of 811 lb-ft of torque with Launch Control activated.

The BMW iX is a two-row, five-seat SUV, while the Rivian R1S is a three-row SUV seating up to seven. With the seats folded flat, both vehicles have spacious cargo areas, though the R1S has a frunk and a total of 104 cubic feet of storage, while the BMW is limited to “just” 77.9 cubic feet with all the seats folded.

The Rivian is almost six inches longer than the BMW, at 200.8-inches versus 195. The Rivian has the longer wheelbase too, at 121.1-inches versus 118.1-inches on the BMW. That extra length helps with the third row in the Rivian, but also with its impressive off-road chops.

The iX is a “sports activity vehicle” according to BMW, and is designed to stay on the road, or perhaps onto a nice gravel driveway at your country home. The R1S is likely to be incredibly capable offroad, able to ford more than three feet of water and with 14.9 inches of maximum ground clearance.

The vehicles also have a very different look and aesthetic, with the iX modern and European and futuristic, while the Rivian is warmer and ready to adventure outside with gusto. It’s likely that, more than anything else on this list, the design and corporate ethos will push buyers in one way or the other.

The BMW iX comes with a four-year/50,000-mile bumper-to-bumper warranty, plus an eight-year/100,000-mile EV components warranty.

Rivian includes a five-year/60,000-mile bumper-to-bumper warranty, plus an eight-year/175,000-mile warranty on the drivetrain and the battery pack (guaranteeing at least 70 percent of total battery pack capacity).

The Rivian R1S is technically in production with deliveries beginning to some very early reservation holders, but new and existing reservations may take at least a year to fulfill. Some options, like the dual-motor and smaller battery, could see even longer delays. Orders can be placed on Rivian’s website with a refundable $1,000 deposit.

The BMW iX xDrive50 has, quietly and with very little fanfare, begun shipments to dealers in the United States. They can be configured on BMW’s website and there is a live search function that allows you to check local dealer inventory.

Call your local BMW dealer to inquire about available iX vehicles on the lot or to place an order. The BMW iX M60 should begin production in June.

Stay on top of the automotive revolution and sign up for Jordan Golson’s free car reviews newsletter.

Americans love their SUVs. That’s part of why electric cars have not taken off with regular consumers in the US yet: there aren’t any EVs that we really want to buy. We have the Ford F-150 Lightning and the Rivian R1T (which I compared and contrasted a few weeks back) to satisfy the pickup truck…

Americans love their SUVs. That’s part of why electric cars have not taken off with regular consumers in the US yet: there aren’t any EVs that we really want to buy. We have the Ford F-150 Lightning and the Rivian R1T (which I compared and contrasted a few weeks back) to satisfy the pickup truck…