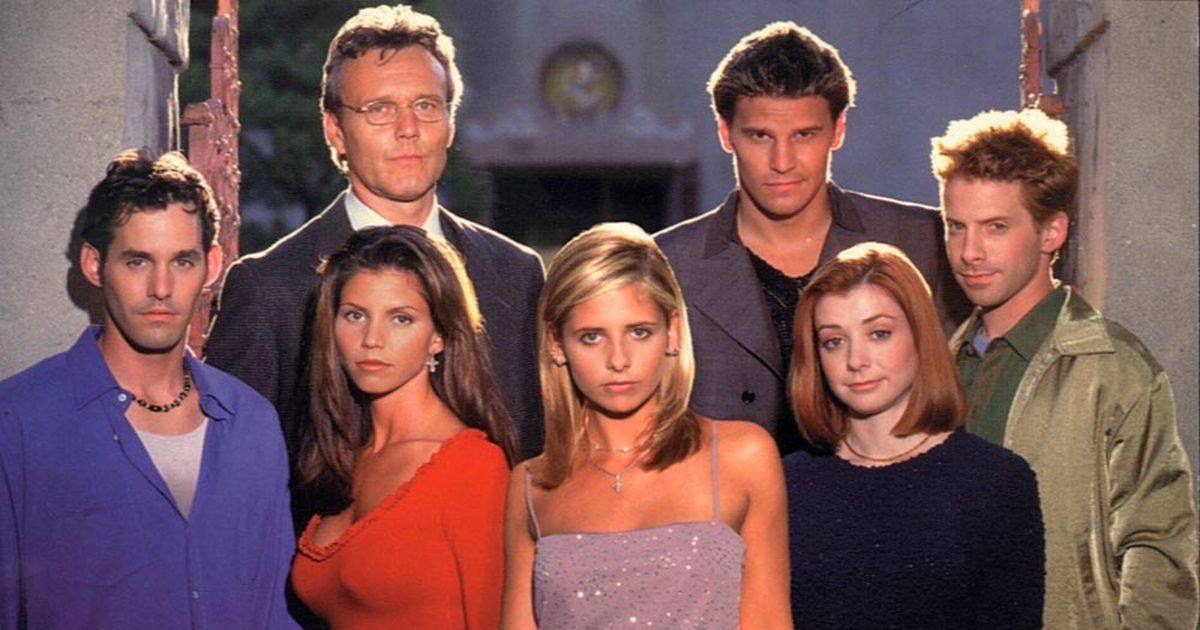 When Buffy debuted in 1997 it dared to ask what would happen if the only person who could save the world was a teenage girl. The answer to that question struck close to home, as the slayer wasn’t any more immune to heartache, loneliness, and imposter syndrome than the rest of us.

Buffy also explored the infinite possibilities of the Sunnydale Hellmouth in its alternate universe episodes. Many fans considered these to be filler, but they always revealed more about the characters than expected. Arguably, these episodes are where the show, and its characters, shined the most.

Never ones to stay in on Halloween, the gang gets roped into chaperoning trick-or-treaters around town. Buffy takes this as an opportunity to tap into her inner princess after she becomes insecure about Angel’s former love interests, but a spell cast on the town’s new costume shop turns everyone into what they wear that night. This episode says a lot about Buffy’s need to be a normal teenage girl.

In his quest to “come out ahead” after their breakup, Xander gets the bright idea to have Amy cast a love spell on Cordelia. He even goes as far as asking for the spell to be strong enough that they “can’t eat, can’t sleep, can’t breathe anything but little old moi.” But, as things often do in Sunnydale, it backfires. Xander’s need for acceptance and popularity continues to be his downfall.

Willow is coping poorly with Oz’s sudden departure, so she performs a powerful spell to will herself to feel better. But her lovelorn mood swings cause her to lash out at the rest of the gang, and her words have more impact than she expects. Instead of making herself feel better, her errant comments lead to Giles losing his eyesight and Buffy and Spike getting engaged. This great episode hints at Willow’s potential as a witch and her underlying penchant for vengeance, and it gives viewers an early taste of Buffy and Spike’s chemistry.

I usually despise musical episodes, but this one proves to be so revelatory for the series that I’m willing to make an exception. A demon called Sweet has forced the entire town to sing and dance until they spontaneously combust, and the episode’s mix of rock opera and moody ballads gives each character their own chance to shine. It also leans heavily into the absurdity of Sunnydale when it pans from Buffy ruminating on being revived from the dead to her neighbors singing about dry cleaning.

Cordelia wishes that Buffy had never come to Sunnydale, and she quickly comes to regret it. Sunnydale without Buffy is a dystopian viper’s nest run by vampires to the point where residents have a city-wide curfew and have to dress in dark clothes to not attract attention. Buffy without Sunnydale turns out to be just as dark, albeit with a sardonic edge. Hardened by her life as a full-time slayer, she lacks the personality and compassion that her friends loved her for and doesn’t hold out any hope for a normal life.

This episode marks a breaking point in Buffy and Faith’s relationship when they switch bodies. Though it’s entertaining to watch Sarah Michelle Gellar act as Faith acting as Buffy, it’s an overall heavy episode that shows the stark differences in their lives. Faith struggles to deal with the love and compassion she receives from Buffy’s loved ones, and her tough façade begins to crack.

“Band Candy” is arguably one of the standout episodes of the series. Tampered chocolate bars turn the adults in Sunnydale into teenage versions of themselves, and Giles and Buffy’s mom, Joyce, start going steady. It gives viewers a taste of a relationship — and the awkwardness that naturally ensues — that unfortunately doesn’t go much farther than this episode.

Tara calls Willow out for her increasingly selfish use of magic and threatens to break up with her if she can’t reign it in. Instead of listening to her sound advice, Willow casts a powerful spell to make Tara and Buffy forget the things she thinks are causing problems for their relationships. It almost feels like the start of a Saw movie when the entire gang wakes up in the magic shop with no recollection of who they are or how they got there. The identities they create for themselves when they don’t know who they are turn out to be telling, like Spike concluding that he must be a noble vampire with a soul. This episode also foreshadows Willow’s descent down a dark path.

When Buffy debuted in 1997 it dared to ask what would happen if the only person who could save the world was a teenage girl. The answer to that question struck close to home, as the slayer wasn’t any more immune to heartache, loneliness, and imposter syndrome than the rest of us. Buffy also explored…

When Buffy debuted in 1997 it dared to ask what would happen if the only person who could save the world was a teenage girl. The answer to that question struck close to home, as the slayer wasn’t any more immune to heartache, loneliness, and imposter syndrome than the rest of us. Buffy also explored…