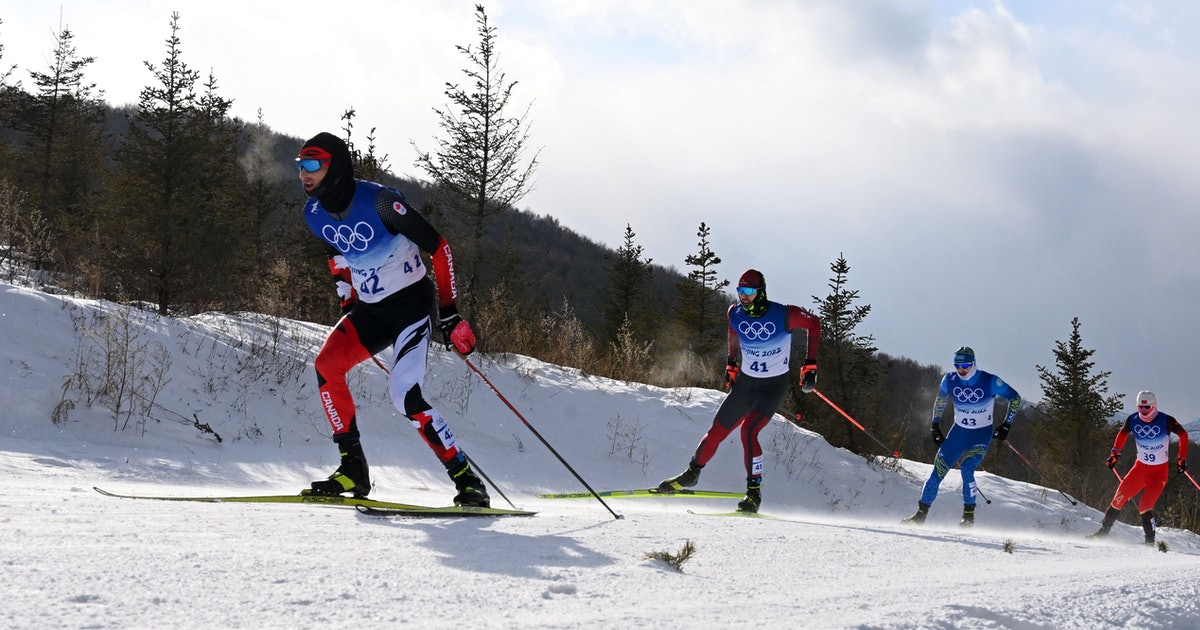 Can your penis freeze? Why winter sports are so hazardous

The Olympics has concluded with almost 3,000 athletes showcasing their skills to the world. While slips, trips, and falls are common on the ice and snow, causing embarrassment and injury, spare a thought for Finnish cross-country skier Remi Lindholm who revealed after competing in the 50 kilometers (31 miles) skiing event that his penis had frozen during the competition.

Because of the extreme weather in Beijing, officials reduced the race to 30 kilometers (19 miles), and the start was delayed by an hour because of high winds, with the air temp minus 16 degrees Celsius (3.2 degrees Fahrenheit), and the windchill causing it to drop into the minus twenties.

Cross-country skiers only wear very light clothing for the event, so frostbite is a real risk. Indeed, Lindholm suffered from frostbite to this part of his anatomy in Ruka, Finland last year.

Frostbite occurs when exposed skin is subject to temperatures below zero degrees Celsius (32 degrees Fahrenheit). The body has an automatic response to cold and one change is to undergo “vasoconstriction”, where the blood vessels in the cold area of skin narrow, to prevent blood from flowing into the cold area and returning to the body, where it may cause cooler temperatures in and around the vital organs and lead to hypothermia.

The body is programmed to keep the core of our body at 37 degrees Celcius (98.6 degrees Fahrenheit) for optimal function. The vasoconstriction also prevents ice crystals from forming in the blood and tissues, when they drop to minus four degrees Celsius (24.8 degrees Fahrenheit) or below and begin to destroy the tissue structure.

Structure of the penis

The penis, like all other tissues in the body, relies on a blood supply and, contrary to popular belief, it is not a muscle. It is, in fact, three tubes that are more like a sponge with spaces inside them. When aroused, these spaces fill with blood to cause an erection, containing up to 140 milliliters of blood.

The portion of the penis that is located external to the body continues deep under the skin towards the rectum, where it originates. The external part is most susceptible to damage from the cold.

The penis responds to temperature using nerves that function automatically, and when subject to cold the natural response is for the blood to flow out of the tissues back to the body, this reduces the size and protects the blood from freezing or chilling the body when it returns to it but also keeps the penis closer to the body to prevent it freezing. A similar change happens with the testicles, which, when cold, are drawn closer to the body to keep them warm.

Even though the penis shrinks and drastically reduces its blood flow, it is still susceptible to cold temperatures. The penis has nerve endings that detect hot and cold temperatures and are responsible for expressing pain when the temperatures become uncomfortable.

The recommended treatment for frostbite of extremities is to warm them for about 30 minutes at a temperature very close to body temperature. Lindholm described the pain from this process as unbearable. The reason the treatment is so painful is that the nerve fibers in the tissues become hypersensitive in order to protect the tissues from further damage, the same way sunburn is painful after the injury.

As the tissues warm, the blood rushes back into the tiny blood vessels causing inflammation and blood clots, which is painful. Alongside this, the normal temperature feels hotter and more painful than it should because the temperature receptors are in a heightened state.

Do animals suffer a similar fate?

You may wonder why this doesn’t happen to animals that live in frigid parts of the world. Scientists have discovered that mammals that live at higher latitudes where snow accumulates have longer penises than those that live at lower latitudes. This potentially allows for some temperature-related “shrinkage”.

Some of these animals also have an additional bone that humans don’t — the baculum, or penis bone. While the exact function of this bone is still unclear, it potentially reduces some of the reliance on blood flow to maintain an erection, which is helpful in colder climates.

Polar bears have tufts of long hair on their penile sheaths (similar to foreskin) that probably offer protection against cold exposure. But humans are not alone in being affected by the cold. Horses and bulls are reported to suffer similar frostbite-related issues with their genitalia.

This article was originally published on The Conversation by Adam Taylor at Lancaster University. Read the original article here.

The Olympics has concluded with almost 3,000 athletes showcasing their skills to the world. While slips, trips, and falls are common on the ice and snow, causing embarrassment and injury, spare a thought for Finnish cross-country skier Remi Lindholm who revealed after competing in the 50 kilometers (31 miles) skiing event that his penis had…

The Olympics has concluded with almost 3,000 athletes showcasing their skills to the world. While slips, trips, and falls are common on the ice and snow, causing embarrassment and injury, spare a thought for Finnish cross-country skier Remi Lindholm who revealed after competing in the 50 kilometers (31 miles) skiing event that his penis had…

How long does Covid-19 immunity last? The effect of vaccines vs. infection, explained