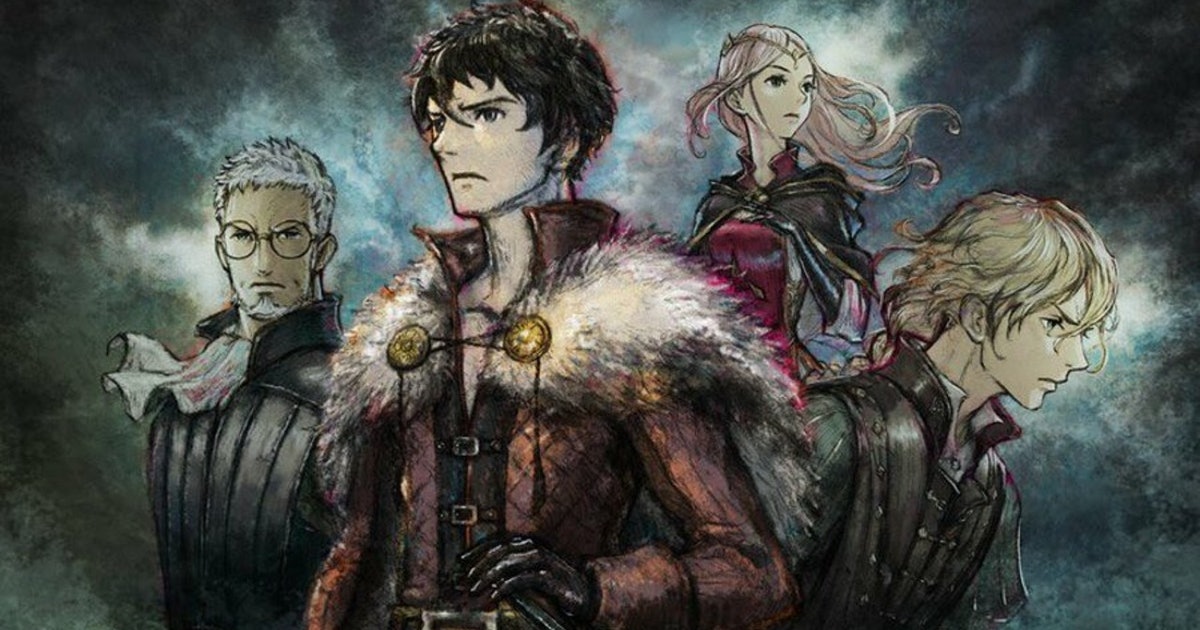 Should I sacrifice my humanity to ensure the safety of my people?

It was vital to ensure the future of House Wolffort, but in a time of war, sacrifices must be made. Leaders have to make tough decisions — and not everybody will like those decisions.

Square Enix’s Triangle Strategy is full of agonizing moral choices that shape the narrative in meaningful ways, accentuated by meticulous world-building and storytelling. The tactical RPG is a mostly retro subgenre where characters battle across a chessboard-like grid, and Triangle Strategy is the herald of its rebirth. A varied roster of fascinating characters participates in an epic tale of a medieval land at war. Highly strategic, nuanced combat helps provide even more gravitas to the experience, like an HD-2D Game of Thrones.

Square Enix’s return to tactical RPG is a massive success that rivals the heights reached by genre favorites like Final Fantasy Tactics and Fire Emblem.

A Time of war

Triangle Strategy takes place on the continent of Norzelia, 30 years after a devastating conflict over natural resources called the Saltiron War. Norzelia is separated into the nations of Glenbrook, Aesfrost, and Hyzante. You play as Serenoa Wolffort, the young heir to one of the three high houses of Glenbrook.

Triangle Strategy’s lengthy tale delivers politics, intrigue, and heroics in spades. It’s definitely a slow burn, but once that fire is properly kindled, it becomes impossible to put down until the very end. It has the maturity and gravitas of similar classics like Final Fantasy Tactics. It doesn’t shy away from religious dogma, murder, racism, or a myriad of other social topics that would realistic be present in such a world. The occasionally slow pacing is one of the few drawbacks — along with the inconsistent voice acting.

While the actual writing in the story generally has a high quality, many of the voice performances feel wooden and lackluster. Admittedly, a lot of the performances grew on me after a dozen or so hours, but it certainly feels jarring at the start. But the game’s strengths make up for these minor flaws.

The game’s underlying choice system stands out, governed by three aspects: Utility, Morality, and Liberty. Oftentimes dialogue will present three choices that correspond to these ideas, and the choices you make compile and lead to different outcomes. At the same time, the overall narrative is highlighted by major choices in sections where you use the “Scales of Conviction.”

In these major moments, each of your advisors has a token that they use to cast their vote, and before voting, you can try to convince characters to vote for the option you want, although it doesn’t always work. These are essential choices that literally change the way the story plays out and can lead to paths with exclusive battles and sequences.

The choices are also consistently gut-wrenching, oftentimes forcing you to choose the lesser of two evils. Triangle Strategy even features multiple endings that depend on the choices you make as you shatter or forge alliances and friendships.

World-building is another major strength. Optional story events feel similar to Final Fantasy IX’s Active-Time Event system, showing optional scenes that flesh out what other characters are doing apart from your main party. One of my favorite features, however, is the Character Stories.

A character’s relationship with Serenoa grows as they battle alongside him more frequently, culminating in special cutscenes. These Character Stories are also used to recruit new units, and the scenes are consistently charming, showing fun aspects of characters’ personalities. They’re likely most comparable to the support conversations of Fire Emblem, although they’re just bonus story cutscenes with no tangible gameplay benefit.

Triangle Strategy is broken up into three major sections: story, exploration, and combat. Exploration segments have you wandering through a town or small area, talking to NPCs, collecting items, and gathering information. The information you gather can oftentimes be used in story segments to unlock new options or to convince party members in Scales of Conviction sections.

Each chapter features at least one battle, sometimes more, and these are surprisingly challenging affairs that really put your tactics to the test. There’s no job system, but each character fills a unique role. No two characters feel the same in Triangle Strategy, and each is an important piece of the overall puzzle. For example, Benedict focuses on buffing characters while Jens is an engineer-type that can construct ladders and traps around the map.

Outside of battles, there’s a detailed weapon upgrade system that enhances the stats of your characters in addition to the more traditional leveling system. You’ll need to gather materials and money to upgrade units, and luckily your encampment has “Mental Mock Battles” that let you train up units and gather extra supplies.

The grid-based battles of Triangle Strategy are just what you’d expect from the genre, but there are a handful of unique mechanics that set it apart. If two characters are placed on opposite sides of an enemy, they can use a follow-up attack, and attacking from a character’s back increases damage. However, it also works exactly the same way for enemies. Environments on the map can also be interacted with quite a bit, especially by spells. Using a fire spell will set the tile on fire causing damage to anyone that passes through it while using a lightning spell on a puddle will cause it to leap to extra units.

There’s a separate system at play in battles known as Quietus Points, which lets you use powerful strategies to gain the edge in battle. You start with two Quietus Points but can gain more through upgrades, and using them in battle lets you do various effects like increasing the movement of all units or stopping an enemy from taking its turns.

Triangle Strategy also manages to nail perhaps the most important thing for a tactical RPG: map design. Every battle feels like one of a kind, either in the objective you have to meet or in basic design. Despite my best intentions to train and strategize, Triangle Strategy constantly put me in my place, wiping out my troops to make sure I pay closer attention on the second attempt. While the story is the focus, each battle in Triangle Strategy is a grand affair. Even the early-game pacing woes get better with time.

The art of war

Triangle Strategy uses HD-2D graphics to great effect to add visual flair to battles and highlight the culture of each nation. Environments are gorgeous, and finer details really make the style pop. Banners flap in the breeze, sunlight washes in through windows, and even bloodshed takes on a certain poetic realism.

Whether it’s the salt fields of Hyzante or the desolate tundra of Aesfrost, each nation has its distinct style. Yet another highlight of the game’s overall art style is the grand orchestral soundtrack that accentuates the drama at every turn.

Despite some sluggish pacing near the beginning, Triangle Strategy is nearly everything I could have asked for from a new tactical RPG: a massive story filled with politics and intrigue, dynamic choices, a complex battle system that puts your skills to the test, and a gorgeous art style filled with unique touches. It’s a triumphant return to the genre for Square Enix and one that shows a bright future for the developer’s HD-2D style.

Should I sacrifice my humanity to ensure the safety of my people? It was vital to ensure the future of House Wolffort, but in a time of war, sacrifices must be made. Leaders have to make tough decisions — and not everybody will like those decisions. Square Enix’s Triangle Strategy is full of agonizing moral…

Should I sacrifice my humanity to ensure the safety of my people? It was vital to ensure the future of House Wolffort, but in a time of war, sacrifices must be made. Leaders have to make tough decisions — and not everybody will like those decisions. Square Enix’s Triangle Strategy is full of agonizing moral…

NASA GOES-T launch and More: Understand the world through 7 images