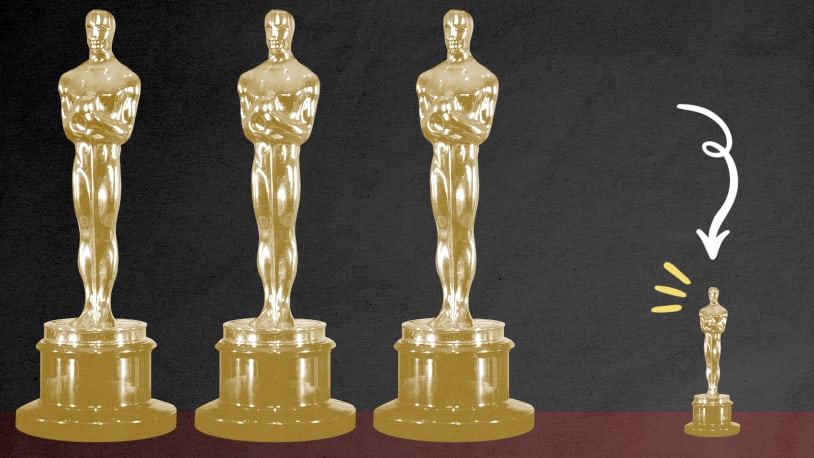 Here’s a trivia game. I’m going to describe some contenders for the Academy Award for Best Picture, and you try to guess what year they were nominated.

They all sound like the kind of human-scale films that predominate at the Oscars now — movies of the same ilk as last year’s Nomadland, The Father, Sound of Metal, and Minari, or this year’s Drive My Car, Belfast, CODA, and The Power of the Dog. So it wouldn’t be absurd to guess that they were nominated sometime in the last few years.

But they were all nominated for Best Picture in the 1980s — the decade that gave us the blockbuster.

Are you surprised? You shouldn’t be. While the style, capabilities, and economics of filmmaking have changed a lot over the past 40 years, the Academy Awards have long favored stories that are fundamentally about people, particularly ones that tug at the heartstrings. We’ve been making movies like those since the beginning of the medium, and we still are today.

That’s a good thing because, as the economics of the film industry have changed, it’s gotten harder to make films that require a big canvas. Movies like Amadeus or The Last Emperor — great human stories that nonetheless required substantial budgets — may not have caught the “vibe” of the 1980s as well as ones like The Big Chill or Platoon, and they also cost a lot more to make. But there was still a large enough audience to sustain them, so they could be produced and ultimately recognized by the Academy — a recognition that has endured the test of time. Such features would cost much more to make today, and the audience is much less-certain to be there, so it’s almost impossible to imagine them getting funding in today’s Hollywood.

A lot of other Oscar-blessed films from the era still could be, though. The first film on my trivia list above — Ordinary People, which won Best Picture in 1980 — was made for $6 million, the equivalent of $20 million in today’s dollars. Of the other films — The Elephant Man, Atlantic City, On Golden Pond, The Dresser, Terms of Endearment, and Tender Mercies, respectively — only the Henry Fonda and Katherine Hepburn drama was made for substantially more, and a similar film today could certainly be made for less. These weren’t just human-scale films — they were human-budgeted films as well. And while in some ways making small-scale movies has gotten more expensive (because of the rising cost of personnel), in other ways it has gotten cheaper (because of advances in technology).

Indeed, it’s the bigger films that have changed the most. The blockbuster nominees from the 1980s weren’t nearly as big-budget as we now expect such films to be: E.T. the Extra-Terrestrial was made for $11 million, the equivalent of $32 million today — that’s less than this year’s Licorice Pizza was made for. Raging Bull and Tootsie were made for about the same amount as Gandhi, The Right Stuff, and Raiders of the Lost Ark (about $60 million in today’s dollars).

The fact that movies aiming for a large audience cost so much more today changes the kind of storytelling they can do. It is frankly extraordinary that an artist like Denis Villeneuve was able to so fully put his stamp on Dune, a film that cost a whopping $165 million to make, but that’s precisely why it deserves Oscar recognition (and why the categories in which it is likely to win deserve to be televised). It makes far more sense, with that much money on the line, for studios to prefer to make “content” with a homogenized sensibility and without story structure, rather than run the risk of making movies.

But it doesn’t make it impossible. There’s still an audience for small-scale, human stories, and always will be. Sometimes those stories will even capture the zeitgeist and resonate widely; more often they won’t, and the challenge then is letting the audience know that the film exists in the first place. That’s not a terrible role for the Academy to play, if they can make their peace with the diminished role of traditional movies, as opposed to franchises, in our national dream life.

Here’s a trivia game. I’m going to describe some contenders for the Academy Award for Best Picture, and you try to guess what year they were nominated. A young man grapples with his guilt over his brother’s death, and his own subsequent attempted suicide. An abused, severely disabled man is taken in by a surgeon,…

Here’s a trivia game. I’m going to describe some contenders for the Academy Award for Best Picture, and you try to guess what year they were nominated. A young man grapples with his guilt over his brother’s death, and his own subsequent attempted suicide. An abused, severely disabled man is taken in by a surgeon,…