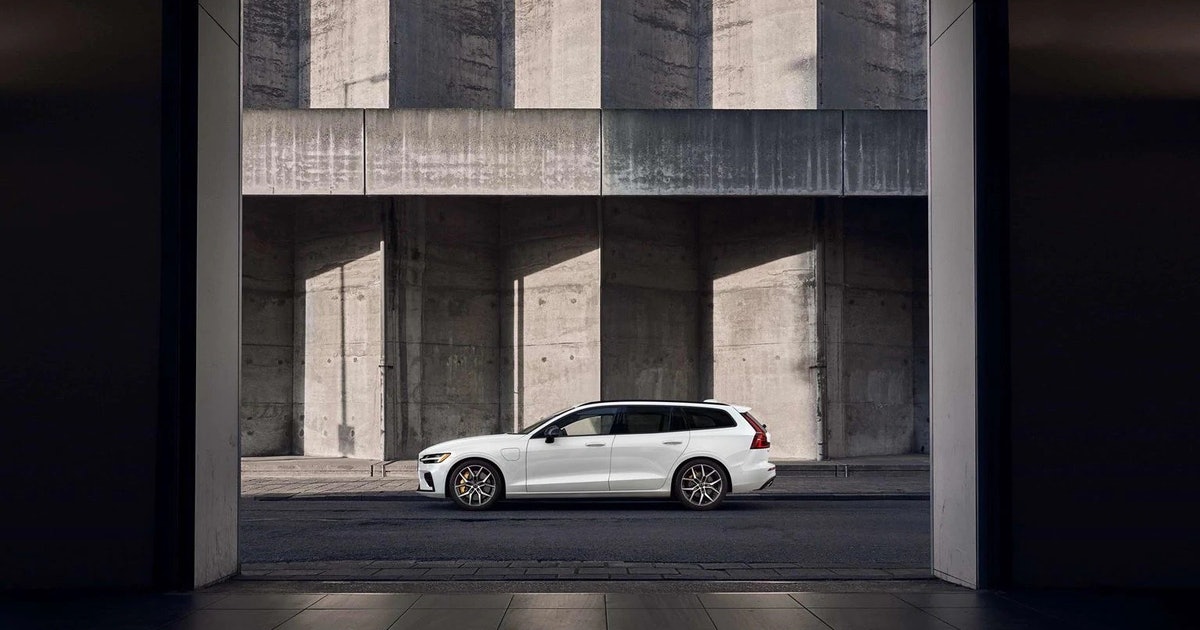 One tiny detail shows why this hybrid is special

Americans may be obsessed with crossovers, SUVs, and enormous pickup trucks, but our European friends are not so easily convinced.

It may have something to do with the size of roads in European cities dating back to Medieval times or the eye-watering price of fuel, but smaller cars are preferred over there. Perhaps that’s why the Euros love wagons so much. You get all the practicality of a crossover with a more efficient ride.

It’s also easier (not to mention less absurd) to crank out a performance variant of a wagon than a top-heavy SUV, though that hasn’t stopped BMW, Mercedes, Porsche, and, well, everyone, it seems, from releasing performance SUVs.

But Volvo has gone a step further, handing its terrific V60 wagon over to the talented engineers at Polestar for a reworking. The result is the Volvo V60 Polestar Engineered, and it’s a 400-horsepower speed demon that looks more suited to the drop-off line at a track meet than the back-stretch of a racetrack.

Before it became a standalone EV company, Polestar was a racing team with a side business as a Volvo tuning shop. A few years back, Volvo bought the tuning division (the race team continues as Cyan Racing), which promptly started cranking out Polestar-transformed versions of its road cars.

Eventually, Polestar was spun off to build electric cars, but it still reworks those Volvo road cars into Polestar Engineered models. It’s not just a badge with some nice cosmetic upgrades, either.

All those are great (especially the Öhlins shocks), and they really up the sportiness and handling of the V60. But, it’s the subtle gold accents fitted to all those components that make the Polestar Engineered V60 special.

They’re the golden cherry on top that signals to those in the know that there’s something special here. The V60 Polestar doesn’t shout about its performance chops. It’s the automotive equivalent of an understated luxury wristwatch. If you know, you know.

Subtle but tasteful golden design touches have been added to the brake calipers, the shocks (including a golden knob under the hood used to adjust the damping force!), the seatbelts, and even the screw-on cap for the valve stem on the tires.

I particularly love the golden seatbelts. I’m a fan of any interesting-colored belts since it seems like they only ever come in black or tan, but the golden ones remind you every time you get in that you purchased a unique automobile.

The front seats also get upgraded, with blissfully comfortable (and bolstering) sport seats to the Polestar to keep you in place and relaxed on long highway journeys.

The rest of the V60 Polestar is standard Volvo fare, and the Polestar Engineered has every option box checked for its $68,940 sticker price (as well it should). A similarly priced Volvo XC60 plug-in hybrid that I reviewed last year was $71,340, so we’re in rarefied luxury air here.

There is a little help on the price front, thanks to a federal electric vehicle tax credit of $5,419 on the 2021 V60 plug-in. That doesn’t help the V60’s affordability much, but this is a luxury vehicle with a luxury price tag.

There aren’t very many sporty wagons available in the U.S., so it’s not like there are many other options here. Audi has the RS 6 Avant, which is significantly faster (591 horsepower versus 415 in the Volvo) and substantially more expensive (starts at nearly $120,000). The gloriously absurd Mercedes E63 wagon is gone, and the Porsche Taycan 4 Cross Turismo might be wickedly fast (and electric), but it occupies the same stratospheric price range as the RS 6 Avant.

So what’s the true automotive enthusiast to do? Get thee to a Volvo dealer and snap up a Polestar Engineered V60, of course. Not only is it the most affordable sporty wagon, but it’s also the best looking and the only one with golden seatbelts.

And if a wagon isn’t your scene, Volvo still has you covered. Polestar Engineered versions of its XC60 crossover and the S60 sedan exist and are built on the same platform as the V60 and sport similar specs, performance upgrades, and prices.

But it’s the wagon that has my heart, and I hope that people keep buying them so Volvo will keep making them. A world without performance wagons is a world that’s slightly less fun.

Gold is the signature color of Polestar, and these golden seatbelts shine like nothing else on the market. Anyone getting in the car will instantly know they’re in something special (including you!).

The suspension adjustment knob and brake calipers are lovely, but these seatbelts just pop. I wish every car had them — but then they wouldn’t be so special here.

Americans may be obsessed with crossovers, SUVs, and enormous pickup trucks, but our European friends are not so easily convinced. It may have something to do with the size of roads in European cities dating back to Medieval times or the eye-watering price of fuel, but smaller cars are preferred over there. Perhaps that’s why…

Americans may be obsessed with crossovers, SUVs, and enormous pickup trucks, but our European friends are not so easily convinced. It may have something to do with the size of roads in European cities dating back to Medieval times or the eye-watering price of fuel, but smaller cars are preferred over there. Perhaps that’s why…

Humans are making a mark on Antarctica — should we be worried?