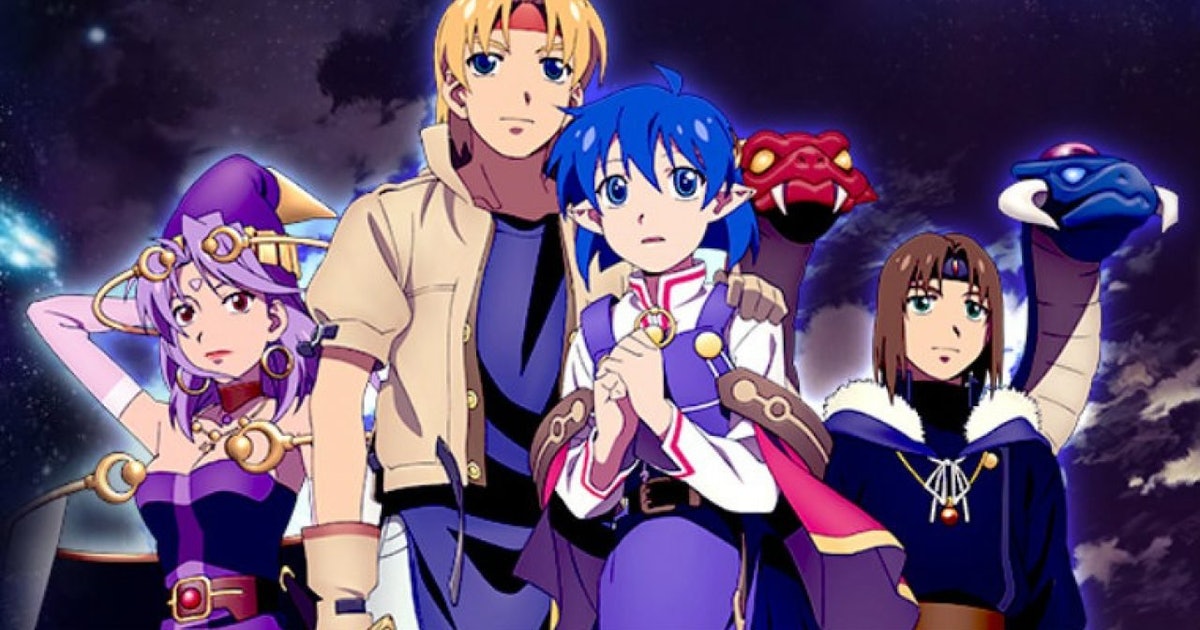 Square Enix has found a ton of success with its HD-2D style, which first debuted with Octopath Traveler in 2018. Essentially what the style does is place 2D sprites in high-quality 3D environments, evoking the classic RPGs of the 1990s while adapting modern elements.

Since the creation of HD-2D, we’ve seen the announcement of multiple games done in the style, including original games like Triangle Strategy as well as remakes like Dragon Quest 3 and Live A Live. In a recent “radio show” on Square Enix’s YouTube channel, president Yosuke Matsuda said he wants to use the style to remake even more SNES games. With that in mind, there’s a host of classic titles we’d love to see get an HD-2D remake.

Final Fantasy VI is one of the most beloved JRPGs of all time, and fans have been clamoring for a remake for years. While we are getting the Final Fantasy VI Pixel Remaster in February 2022, the game is a prime candidate for an HD-2D remake. Surprisingly, the Pixel Remaster even has a few major moments that use HD-2D technology, like the infamous opera scene.

While Final Fantasy VII may get more attention, Final Fantasy VI had just as prolific an effect on the genre, from its dramatic story and wild plot twists to the ingenious way the combat system makes each character feel unique. It’s easy to say that even modern games like Octopath Traveler still draw inspiration from it. While the Pixel Remaster is great, it’s time Final Fantasy VI finally gets the due it deserves with a full remake.

There’s no other game out there that’s as sure a fit for the HD-2D style as Chrono Trigger. The beloved classic features one of the most engaging stories out of all video games, and a combat system that would go on to influence countless other titles. Interestingly Chrono Trigger’s director, Takashi Tokita, first served as the director on Live A Live, which is getting an HD-2D remake.

Chrono Trigger is already a gorgeous game, but the HD-2D style is a chance to make that world even more; not to mention how much good a remastered soundtrack would do. With Chrono Cross getting a remastered version in 2022, now seems like the perfect time to bring its predecessor back as well.

While Final Fantasy Tactics’ story is a masterpiece, the same can be said for its combat system, which effectively adapts the franchise’s job system into a tactical setting. There’s actually already been a “remake” of Final Fantasy Tactics, with War of the Lions on PSP. However, the game could hugely benefit from a graphical overhaul, especially since it already sports a gorgeous art style. With tactical RPGs making a comeback lately, there’s never been a better time to bring back this cult classic.

Super Mario RPG was a major surprise when it was announced in the era of gaming magazines, and it served as the basis for other spinoffs like Mario & Luigi. All these years later it remains a fascinating game that feels quite different from anything else Nintendo has ever done. Super Mario RPG managed to effectively combine the platforming of Mario, humor, and turn-based RPGs, with just a splash of fantasy aesthetic.

Super Mario RPG was a graphical marvel when it was first released, and it still holds up well by today’s standard, but the HD-2D treatment could make this gem really shine. The director of the game, Chihiro Fujioka, even told MinnMax in February that he wants his last game to be a Super Mario RPG sequel before he retires.

Xenogears is one of the most overlooked JRPGs in Square Enix’s catalog, coming from the mind of Tetsuya Takahashi, the creator of Xenosaga and Xenoblade Chronicles. A remake of Xenogears also presents an interesting opportunity- a chance to flesh out and finish the game properly.

Xenogears is infamous for having a fantastic first disc, but when players moved onto the second disc it felt completely unfinished. In 2017, a Kotaku interview with Takahashi confirmed that the development team simply didn’t have time to complete everything, and disc two turned into a montage so Takahashi could still tell the story he wanted. Remaking Xenogears would finally provide the opportunity to see the game play out properly, and breathe new life into the franchise. Takahashi’s studio, Monolith Soft, is owned by Nintendo, who’s been a vital partner for Square Enix on the HD-2D games. The pieces are all there for Xenogears, they just need to be put together.

Secret of Evermore is a charming action RPG that, unfortunately, was largely overlooked due to releasing shortly after Chrono Trigger. While it’s not related to the Mana games, it does share a similar gameplay style and two playable characters. In Secret of Evermore, a boy and his dog are inadvertently transported to the fantastical world of Evermore and have to fight to survive. You can control either the boy or his shape-shifting dog, and the AI will control the other.

There were a lot of good ideas in Secret of Evermore, but its gameplay simply didn’t feel as tight and refined as something like Secret of Mana. That could all change with a proper remake, of course.

Bahamut Lagoon is a tactical RPG that never made its way out of Japan until a fan translator named Near released a translation in 2021. The game combined grid-based tactics with turn-based battles and had some other complex ideas, such as spells that would affect the terrain and a robust dragon raising system. Bahamut Lagoon was a unique game that managed to strike a nice balance between humor and mature storytelling and has a wide cast of characters that all manage to feel unique. Its biggest strength, however, lies in the gorgeous sprite work and soundtrack, both of which could be bolstered in the HD-2D style. Much like with Live A Live, a remake of Bahamut Lagoon would be the perfect chance to bring a cult classic overseas for the first time.

Star Ocean has had a rough time with the last few releases, but The Second Story represents the franchise at its absolute peak. With a brand new game, Star Ocean: The Divine Force, coming sometime in the future, it could be ripe for a remake. This also presents a unique opportunity to adapt the action combat system into the HD-2D style, which has so far only been created in turn-based and tactical.

Strangely, Star Ocean: The Second Story is the only mainline game in the franchise not immediately available on modern systems. The remake of the first game, Star Ocean: First Departure R, was released on PS4 and Nintendo Switch in 2019, but the sequel never saw the same treatment. It’s baffling that the very best Star Ocean game out there can only be played by getting an original copy on PS1 or PSP.

Square Enix has found a ton of success with its HD-2D style, which first debuted with Octopath Traveler in 2018. Essentially what the style does is place 2D sprites in high-quality 3D environments, evoking the classic RPGs of the 1990s while adapting modern elements. Since the creation of HD-2D, we’ve seen the announcement of multiple…

Square Enix has found a ton of success with its HD-2D style, which first debuted with Octopath Traveler in 2018. Essentially what the style does is place 2D sprites in high-quality 3D environments, evoking the classic RPGs of the 1990s while adapting modern elements. Since the creation of HD-2D, we’ve seen the announcement of multiple…

How to equip face paints in ‘Horizon Forbidden West’: Locations, guide, and more