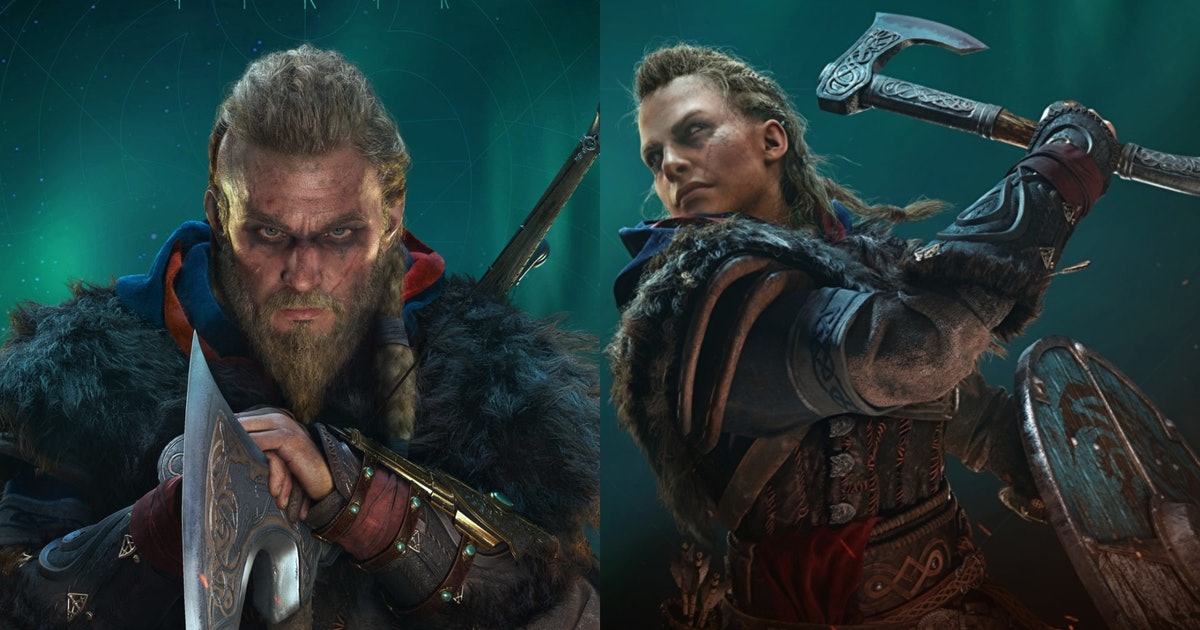 Assassin’s Creed Valhalla is a sprawling RPG with adventure everywhere. Before you can partake in that Viking-themed adventure in 9th-century England, you’ll have to make a single crucial choice: your protagonist’s gender.

Assassin’s Creed Valhalla features Eivor, who begins the game as an androgenous tot. After the game skips forward a few years, you’re given three options for your Eivor: male, female, or let the Animus decide.

Which one should you choose? And which one is considered canon within the overarching Assassin’s Creed story?

Which gender should you choose in Assassin’s Creed Valhalla?

Choosing a male or a female Eivor is equally valid with no major repercussions beyond the character model. Things were very different in Assassin’s Creed Odyssey, where choosing one made the other one the villain. There’s nothing of that level of importance with Eivor.

However, in our time with the game, much of the dialogue feels as if it’s been written from the male perspective. As a culture, Vikings seem predisposed to some crude kinds of humor, so some of the dialogue can feel a bit cringe-worthy at times.

Can you change your gender choice in Assassin’s Creed Valhalla?

Yes! If you choose male or female Eivor, you can easily swap to the other version.

Just enter your inventory menu. On the lower right-hand side of the screen, you’ll see a suggestion to hit a button to access “Animus.” Tap the button to change your selection instantly. Choices mean absolutely nothing.

What does it mean to “Let the Animus decide” in Assassin’s Creed Valhalla?

Outside of the male and female Eivor binary, Valhalla provides a third option: letting the Animus decide. This is the default option, meaning it’s the one the game wants you to choose, but what does it mean?

“The Animus will represent the stronger Female or Male memory-stream, depending on its current strength,” the in-game text reads.

What this means is that you’ll play much of the game as Female Eivor, who is the dominant memory-stream during most sections, acting as the Animus’ avatar for “real world” sections like completing quests for other Vikings. Male Eivor comes into play during some late-game sections in Valhalla, where you grapple with Norse mythology. He’s effectively the avatar for mythological sections, meaning he’s more present in things like the DLC featuring mythology-leaning characters like Beowolf.

Which gender option is considered canon in Assassin’s Creed Valhalla?

If you’re looking to best maintain the narrative sanctity of the Assassin’s Creed world, don’t worry, all options are equally canon. You’re given the option at the game’s outset to choose between two genders due to a mix-up in the Animus’ memory stream, making it impossible to discern which one is historically accurate. This mix-up means there isn’t a proper canon for Eivor’s gender.

However, if you want to be completely safe, pick the option to “Let the Animus decide.” This will take it entirely out of your hands, letting the game tell you what’s best for it from moment to moment.

Everything we know about ‘Persona 6’ so far