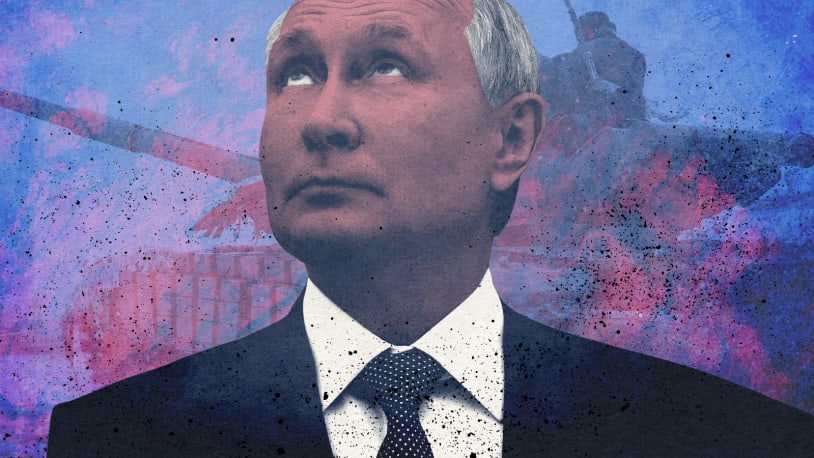 The strategic folly of a Russian invasion of Ukraine

Discussion around the Ukraine crisis has mainly focused on what caused the massive, ominous Russian military buildup at the Ukrainian border, what would transpire in an invasion, and what policy options are available for the U.S. and its allies. Relatively less attention has been paid to whether Russian strongman Vladimir Putin will achieve his goals with force — or if an unprovoked invasion of a democratic neighbor might in fact be a terrible strategic mistake.

That’s a question we (to say nothing of Putin himself) should be asking. The history of this kind of pointless violence isn’t favorable to its perpetrators, who nearly always end up losing more than they anticipated or gained from the war.

War is, first and foremost, very costly, and it represents a failure of negotiation to resolve outstanding issues between states. No one yet knows whether this war will really happen or whether this is the century’s most elaborate and sustained international cage-rattling, but Russia’s stated objectives — forcing the withdrawal of NATO forces from Eastern Europe, a formal agreement that NATO’s expansion is over, and more — are both wildly unrealistic and disconnected from the situation on the ground. Annexing more territory in eastern Ukraine, or creating a territorial corridor to the breakaway Moldovan region of Transnistria may serve Moscow’s interests in a variety of ways, but it won’t roll back prior expansions of NATO or forestall future additions to the alliance.

Perhaps Putin is considering war because wants Ukrainian President Volodmyr Zelenksy and his democratic regime gone, and that’s not something which can be achieved without force or assassination. But this is a terrible, self-defeating goal, one likely to mire Russia in a civil conflict for years to come even if it succeeds on its own terms.

No one understands this better than policymakers in Washington, still smarting from two decades of war after voluntarily toppling dictatorships in Iraq and Afghanistan. By some estimates, the United States will ultimately spend more money on those wars (including future obligations to veterans) than the raw value of all the oil imported into the United States since 1980. All of that money and sacrifice bought the United States little other than a dramatic deterioration of the regional security situation and the empowerment of Iran, its chief regional rival.

For Putin, a regime change operation would be a dramatic escalation from Russia’s prior meddling in the former Soviet periphery, a maneuver he didn’t attempt against a much weaker Georgia in 2008. And even if everything goes according to plan on the battlefield, Russia would then be in the position of maintaining a new puppet regime despised by more than half of the Ukrainian population. If the plan is to annex the whole country, it’s worth noting that this has not been successfully achieved by any country for any meaningful period of time since Indonesia with East Timor in 1975. And that, in the long run, ended quite badly for Jakarta.

But we’re getting ahead of ourselves. Ukraine isn’t some rag doll Russia can bat away. As Seth Jones and Philip Wasielewski write at the Center for Strategic and International Studies, “Mechanized attacks are not always as rapid as attackers hope.” As they point out, it took weeks to clear a very small militia from the Chechen capital of Grozny in 1994. Granted, that was probably the nadir of modern Russian military power, but Ukraine features a number of cities larger than Grozny, and Putin should expect spirited defense from regular Ukrainian forces and as well as militias and individuals should the Ukrainian army break. If Russian forces cross from ethnically mixed areas to those where Ukrainians are the overwhelming majority, the going will not be easy.

Russia’s military dwarfs Ukraine’s in size, but the defender usually enjoys an advantage in warfare, especially when what is at stake is existential. The winter and spring weather in Ukraine could also be a major obstacle to be overcome. And war will involve a number of untested questions about combat between two well-armed militaries sporting the latest in technological innovation (although Russia’s air superiority will be unquestioned). I have yet to read any expert analysts who believe Ukraine can successfully defeat the full force of the Russian war machine on the battlefield, but the costs to Russia in lives and treasure is likely to be very high — and surely higher than Putin is gambling.

While the Biden administration has placed Ukraine outside of its security perimeter, Kyiv’s Western allies would eagerly fund insurgent forces fighting a Russian occupation, further raising the costs of adventurism. Having been the target of two decades of insurgency, U.S. military advisors know perfectly well how to turn the tables. Unless it wants to cut them off and wait them out, Russian forces will find that taking and holding dense cities will be a difficult and brutal affair.

But the material costs of keeping a modern, urban country under the boot could be dwarfed by the long-term blowback of Russia’s aggression.

Far from achieving the farcical goal of evacuating NATO from Eastern Europe, Russia’s conquest of Ukraine would likely spur renewed defense spending and force deployment in Poland, Slovakia, Romania, and the Baltic states in particular. It could even trigger renewed and more serious discussions about Finland and Sweden joining NATO. Instead of helping break Moscow out of what it perceives as its encirclement by NATO, invasion of Ukraine could instead accelerate it. If Putin maintains that NATO expansion is unnecessary because Russia is not a threat, there’s no action he could possibly take to obliterate that argument than to invade Ukraine.

The Biden administration is also preparing to deploy what Edward Alden at Foreign Policy calls the “sanctions doomsday device,” or what Sen. Bob Menendez (D-N.J.) calls “the mother of all sanctions“.  These could deny Russia access to U.S. dollars and to markets in critical areas like semiconductors. While Moscow could respond by cutting off supplies of natural gas to Europe, thus triggering economic mayhem, in the long term countries dependent on Russian supplies would invest in technological innovation, seek more sustainable power sources, and make other adjustments as countries in the West did in response to the Arab oil embargoes of the 1970s. Russia is unlikely to come out ahead. Even a limited invasion of Ukraine would likely result in a contest to see who can suffer more economic pain — an outcome, needless to say, that benefits no one.

What would benefit all parties, even at this late date and despite an accelerating lack of trust, would be to sit down together and identify issues that can be resolved with compromise. NATO cannot promise to freeze itself at its current size, but a promise never to bring Ukraine in, if it averts a major war, would certainly be preferable to bloodshed.

Ukraine and its allies are unlikely to avert war without such painful concessions, and Russia will do far more damage to what it says are limited security goals in the region with an invasion rather than a brokered accord. Whether the relevant policymakers can be made to see this in time to avoid one of the worst security breakdowns in post-war Europe is an open question, but it is certainly worth a try.

February 19, 2022 February 19, 2022 Discussion around the Ukraine crisis has mainly focused on what caused the massive, ominous Russian military buildup at the Ukrainian border, what would transpire in an invasion, and what policy options are available for the U.S. and its allies. Relatively less attention has been paid to whether Russian strongman…

February 19, 2022 February 19, 2022 Discussion around the Ukraine crisis has mainly focused on what caused the massive, ominous Russian military buildup at the Ukrainian border, what would transpire in an invasion, and what policy options are available for the U.S. and its allies. Relatively less attention has been paid to whether Russian strongman…

Friday Newsfeed: Over the Damn Hill…