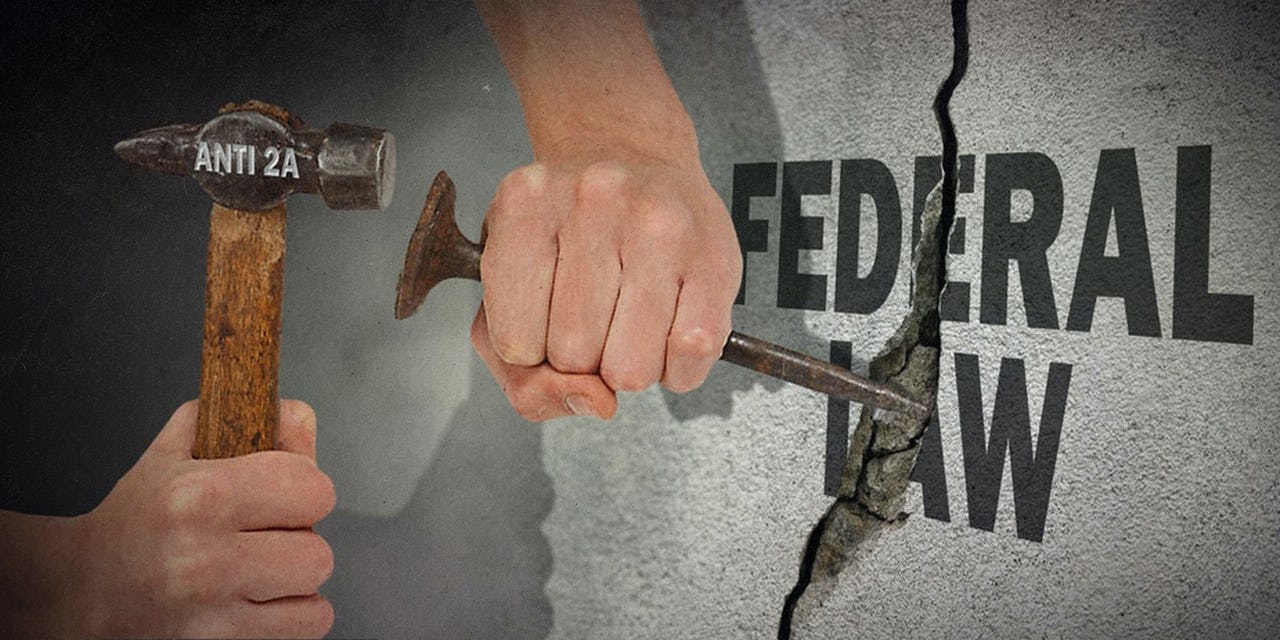 In paying victims’ families for the Sandy Hook massacre, the liability door is opened wide.

There is one person responsible for the murder of 20 first graders and six teachers at Sandy Hook Elementary School in Newtown, Connecticut, in December 2012, and that is the deranged man who murdered his mother and then stole her rifle to perpetrate the atrocity. The maker of that gun, Remington, is absolutely not responsible for the criminal actions of its user, yet Remington just settled for $73 million with the families of the Sandy Hook victims.

Nothing will bring back those beloved kids or their teachers, and we wish only comfort and healing for those who lost loved ones.

But this settlement is not justice.

One clue is that Joe Biden hailed it as “historic.” He opined, “While this settlement does not erase the pain of that tragic day, it does begin the necessary work of holding gun manufacturers accountable for manufacturing weapons of war and irresponsibly marketing these firearms.”

Remember, this is the legal genius who claimed to have once advised his wife that if “you want to keep someone away from your house, just fire the shotgun through the door.”

Shameless Democrats routinely trot out that “weapons of war” canard from atop the caskets of innocent people. Technically, any weapon that can be used to kill people probably has been used to do so in war. But the gun this assailant used was not the same type of rifle used by American military personnel, despite the deliberate misinformation peddled by Democrats, their Leftmedia propagandists, and the lawyer representing the families in this case.

The Bushmaster AR-15 is not a select-fire weapon. It is a relatively small-caliber semiautomatic rifle that functions in the same way — one trigger pull, one bullet — as the handguns used by inner-city thugs to murder each other every day in Democrat-run urban centers. The same way as handguns used hundreds of thousands of times a year by law-abiding citizens in self-defense situations.

As for the settlement itself, the reason it’s “historic” as Biden said is that it exploited an exception in a 2005 law shielding gun manufacturers from liability lawsuits. That exception was for marketing, and the families blamed Remington’s ads for inspiring the killer.

For the record, those ads did not say or imply anything about using the rifle to murder children. It’s absurd to say otherwise. In fact, it is gun-grabbing leftists, not gun manufacturers, who routinely mischaracterize these guns as “assault weapons.”

And as Mark Alexander wrote in the days following that massacre: “Connecticut already has a ban on ‘assault weapons,’ and the Newtown school was already a ‘gun-free zone,’ but that didn’t prevent the murders of these precious children and six adults. In fact, the assailant violated more than 20 laws in the commission of this horrific crime.”

Even if the murderer saw a Remington ad, which the plaintiffs never produced evidence proving, he never bought the rifle in the first place; he stole it. Maybe he simply saw too many Hollywood movies. Either way, the settlement doesn’t account for the truths Alexander listed above. Nevertheless, the Supreme Court declined to hear Remington’s appeal, and the company was left with little legal choice.

This case sets a terrible precedent. The people who will ultimately pay higher prices are law-abiding gun buyers and people who purchase insurance from the same companies used by gun makers. In other words, the cost will be borne by people who had nothing to do with committing any crime, much less the crimes at Sandy Hook or the next mass shooting in which victims are awarded a settlement.

On a final note, this is clearly a threat to the Second Amendment, but it goes beyond that. Imagine a different scenario for manufacturers of other things. What if automakers who run ads with people driving aggressively are suddenly liable for the tens of thousands of people killed on America’s roads each year? Or even just the random racist goon who plows his SUV into a crowd and kills several people?

What if ice cream or potato chip makers are to blame for the 659,000 Americans who die of heart disease each year? What role do McDonald’s commercials play in America’s obesity epidemic?

Where does this kind of liability lunacy end?

Perhaps gun manufactures should have their own version of the Section 230 immunity clause like Big Tech.

By NATE JACKSON February 16, 2022 in Second Amendment In paying victims’ families for the Sandy Hook massacre, the liability door is opened wide. There is one person responsible for the murder of 20 first graders and six teachers at Sandy Hook Elementary School in Newtown, Connecticut, in December 2012, and that is the deranged…

By NATE JACKSON February 16, 2022 in Second Amendment In paying victims’ families for the Sandy Hook massacre, the liability door is opened wide. There is one person responsible for the murder of 20 first graders and six teachers at Sandy Hook Elementary School in Newtown, Connecticut, in December 2012, and that is the deranged…