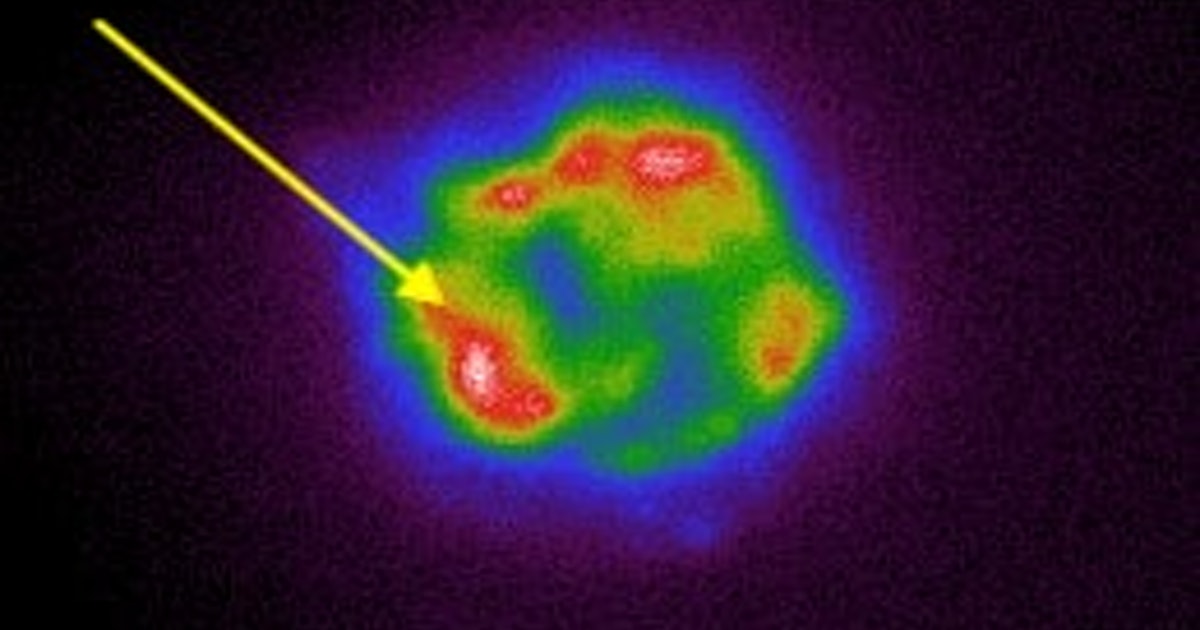 As a star nears the end of its life, it runs out of fuel and collapses under the force of its own gravity. The stellar death leaves behind gas and dust in the form of an explosion that can look to our observatories as if it’s frozen in time, crystallized in amber. Now, a new NASA observatory has offered us an incredible, fresh view of the true dynamic nature of a star’s death throes. The star, which exploded in the 17th century, left in its wage a luminous cosmic rose in the dark depths of space.

What happened — The new image is the first to come from NASA’s Imaging X-Ray Polarimetry Explorer (IXPE), which launched on December 9, 2021, with a mission to study the most mysterious, extreme objects of the universe, including the ruins of stars.

When a star dies, it forms a supernova, an explosive burst of leftover debris from the star itself. The cataclysm essentially shapes the interstellar medium, or the matter found in the space between different star systems in any given galaxy.

On such cataclysm is Cassiopeia A — the supernova is a remnant of the explosion of a massive star located about 11,000 light-years from Earth. The star exploded some 400 years ago, in the late 1600s, but the cloud of material left behind still shines. Incredibly, the explosion measures about 10 light-years across, giving some idea of the magnitude of the blast.

Cassiopeia A has been observed by other telescopes before, but IXPE enables researchers to examine it in a new way. using the observatory’s first image beamed down to Earth, NASA scientists captured the destructive beauty of supernova remnant Cassiopeia A, combining the IXPE image with observations made by the X-Ray observatory, Chandra:

What the image shows — The shock waves from the explosion have caused surrounding gas to heat up to high temperatures, accelerating cosmic ray particles and creating a cloud that glows in X-ray light. At the center of Cassiopeia A, there is a compact object which may be a black hole or neutron star.

“The IXPE image of Cassiopeia A is bellissima, and we look forward to analyzing the polarimetry data to learn even more about this supernova remnant,” Paolo Soffitta, the Italian principal investigator for IXPE at the National Institute of Astrophysics (INAF) in Rome, said in a statement.

The saturation of the magenta color shows the intensity of the X-ray light captured by IXPE, which is laid on top of high-energy X-ray data, shown in blue, from a previous image of Cassiopeia A that was captured by NASA’s Chandra X-Ray Observatory.

Chandra launched in 1999. Cassiopeia A was the first cosmic object it observed, too.

“The IXPE image of Cassiopeia A is as historic as the Chandra image of the same supernova remnant,” Martin C. Weisskopf, the IXPE principal investigator, said in a statement. “It demonstrates IXPE’s potential to gain new, never-before-seen information about Cassiopeia A, which is under analysis right now.”

The image was created using X-ray data collected by IXPE between January 11-18, 2022. If you look at the IXPE image without the Chandra overlay, you get an idea of the force of the X-Rays blasting from the supernova’s epicenter — the coloration shows the intensity, with white being the most intense and purple being the least intense.

What’s next for IXPE — With IXPE, scientists will be able to measure the polarization of the X-ray light — essentially, the direction in which it travels through space. By observing the polarization of light, scientists can then learn more about where the light originated from. IXPE’s instruments can also measure the energy, time of arrival, and position in the sky of X-ray light being emitted by objects in space.

Researchers are currently analyzing the image of Cassiopeia A to create the first-ever X-ray polarization map of the supernova remnant.

“IXPE’s future polarization images should unveil the mechanisms at the heart of this famous cosmic accelerator,” Roger Romani, an IXPE co-investigator at Stanford University, said in a statement.

“To fill in some of those details, we’ve developed a way to make IXPE’s measurements even more precise using machine learning techniques. We’re looking forward to what we’ll find as we analyze all the data.”

As a star nears the end of its life, it runs out of fuel and collapses under the force of its own gravity. The stellar death leaves behind gas and dust in the form of an explosion that can look to our observatories as if it’s frozen in time, crystallized in amber. Now, a new…

As a star nears the end of its life, it runs out of fuel and collapses under the force of its own gravity. The stellar death leaves behind gas and dust in the form of an explosion that can look to our observatories as if it’s frozen in time, crystallized in amber. Now, a new…