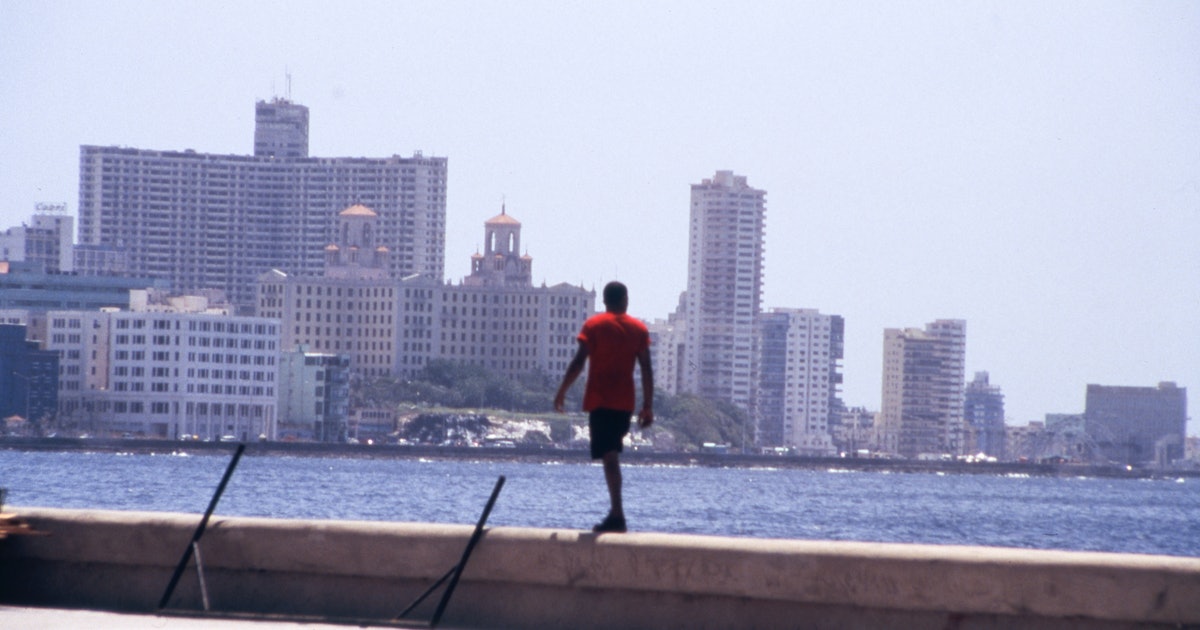 You’ve already experienced the true cause of ‘Havana Syndrome’

I wish that I was the type of stressed person to do something useful or delicious to cope with it, like stress-cleaning or stress-baking. Usually, I just stare at my phone until Instagram mind controls me into getting bored and confronting whatever has been bothering me. Let’s call this process “technology-assisted mindfulness.” Whatever it is, it’s a footnote in the litany of things people do to deal with being alive.

Some of these things, like the misunderstood Havana syndrome, can be frightening. In today’s Inverse Daily, you can learn the probable origin of the syndrome, how to lose weight in your sleep, and more. I hope these stories can provide a gentle (but informative!) start to your day.

This is an adapted version of the Inverse Daily newsletter for Wednesday, February 16, 2022. Subscribe for free and earn rewards for reading every day in your inbox. ✉️

“In late 2016, diplomats and spies from the U.S. in Havana, Cuba began reporting symptoms of a ‘mysterious illness,’” writes Katie MacBride. Pain and ringing in the ears, nausea, vertigo, and brain fog were all high on the list. The term ‘Havana Syndrome’ quickly spread as did reported cases.” Government officials called the symptoms “attacks,” and eager conspiracists imagined sonic or lightwave weapons beaming into diplomats’ brains and shaking things up. Neuroscience begs to differ.

Initial research “suggested people with Havana Syndrome had brain anomalies,” writes MacBride, “but there was no consistent damage pattern.” Further studies tried to identify brain changes or preexisting conditions through scans, but everything they found was too vague to be a real cause.

The only truly convincing Havana syndrome trigger is perhaps the least made-for-TV: chronic stress. But even if the syndrome is “a poorly named, well-documented stress response,” writes MacBride, “that doesn’t make the symptoms any less real — and they should be treated appropriately.”

Now, for something soothing: ASMR videos could have hidden mental health benefits

Sleep is good for you, but it might not help you put away the cupcake you were hoping to incorporate into your daily routine. According to research published last week in JAMA Internal Medicine, “participants who prolonged their sleep durations through personalized sleep consultation reduced their daily caloric intake by about 270 calories,” writes Nick Keppler.

The 80 participants that helped inform the study were all between ages 21 to 40, were considered “overweight” according to their Body Mass Index scale and considered “under-rested” by CDC standards for sleep. They were asked not to introduce diets or exercise changes for the duration of the study, so for Esra Tasali, lead author of the study and the director of the Sleep Research Center at the University of Chicago, the study has “huge implications […] for weight loss programs.”

Over the study’s four-week duration, the experimental group that slept more lost “on average” one pound. That’s not a terribly exciting number, but it doesn’t need to be — the study reveals yet another way sleep helps take care of your body.

Be mindful of how you lose: The terrible science behind popular weight loss products

Billionaire Jared Isaacman’s Inspiration4 SpaceX mission, the first all-civilian private spaceflight to make it to orbit, felt like the opening chapter to our new space race (where rival billionaires clamor over space dust instead of rival governments). On February 14, Isaacman and SpaceX announced that their (fairly expensive) story isn’t over yet.

Isaacman has purchased three new private space missions from SpaceX, which will be called the Polaris Missions, and are all very ambitious. Science editor John Wenz writes that Isaacman hopes “to use Polaris to beat a 56-year-old spaceflight record,” namely the highest Earth-orbit of 856 miles above Earth, recorded in 1966. Though, of course, “the Apollo program clearly went manyfold further to the Moon,” writes Wenz.

The Polaris flights might also catalyze “the first crewed, orbital flight for SpaceX’s long-in-development Starship — a vital step for the rocket to become a viable means of transporting humans to more distant points in space, like the Moon or Mars,” writes Wenz. If there’s a billionaire, there’s a way.

Can you believe what you can’t see? You better — “with a naked eye, we can spot the gold, white, and brassy hues of stars and other objects from our vantage point on Earth,” writes card story editor Jennifer Walter, “but visible light illuminates just a fraction of what exists in space.”

To see everything we can’t, we rely on telescopes, which detect wavelengths we perceive to be invisible. “Capturing high and low-frequency waves outside the visible spectrum can illuminate the forces at play in objects like nebulae, black holes, and colliding galaxies,” writes Walter. Eventually, an astronomer will come along and make an image with telescope data where “invisible light is converted to colors we can see,” writes Walter, giving us the wonderfully colorful space images we’re used to seeing.

You can find some of these vibrant images by clicking through Walter’s card story, which showcases a few celestial bodies covered in invisible light, including a supernova remnant, a spewing supermassive black hole, and a star nebula shaped like a guitar.

Stuck in the dark: Scientists may have just found an invisible black hole

Song of the day: “NASA,” by Ariana Grande.

I wish that I was the type of stressed person to do something useful or delicious to cope with it, like stress-cleaning or stress-baking. Usually, I just stare at my phone until Instagram mind controls me into getting bored and confronting whatever has been bothering me. Let’s call this process “technology-assisted mindfulness.” Whatever it is,…

I wish that I was the type of stressed person to do something useful or delicious to cope with it, like stress-cleaning or stress-baking. Usually, I just stare at my phone until Instagram mind controls me into getting bored and confronting whatever has been bothering me. Let’s call this process “technology-assisted mindfulness.” Whatever it is,…

'Horizon Forbidden West' Lego set has the longest of necks