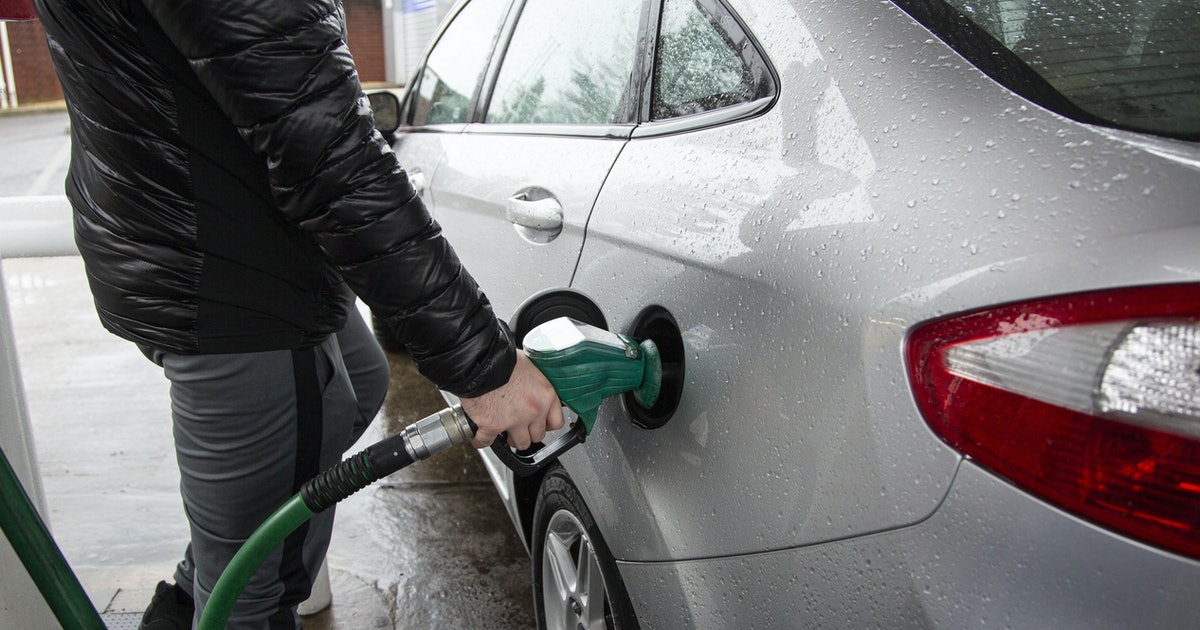 Every time you fill up at the gas pump, 10 percent of that fuel comes from plants, not petroleum.

The Renewable Fuel Standard (RFS), a U.S. policy first enacted in 2005, requires companies to add ethanol, a combustible liquid derived from starch, to all American fuel. Initially, the policy was meant to boost ethanol production from various sources, but now almost 95 percent of the country’s ethanol comes from corn.

The RFS program was meant to both reduce U.S. dependence on foreign oil and minimize the environmental burden of the trillions of miles Americans collectively drive each year. Yet the actual environmental effects of the RFS have been hotly debated since its inception. A new study published this week in the journal Proceedings of the National Academy of Sciences strengthens the argument that the policy has done more harm to the planet than good.

What’s new — Researchers focused on the climate change costs of creating suitable farmland to grow all the corn that ethanol is derived from. These costs include the carbon released when grassland and forest are cut down to make way for intensive agriculture, the greenhouse gasses emitted by fertilizers applied to crops, and the consequences of soil erosion and water pollution.

The researchers compared real-world environmental data from 2008 and 2016 with models of what might’ve happened without the RFS. They found the policy changed the national landscape enough to make gassing up at least 25 percent more carbon-intensive than it would’ve been otherwise.

This isn’t the first analysis to show that the RFS has had environmental downsides, but it is one of the most comprehensive looks at the policy’s effect on land use. The researchers didn’t include things like the carbon emissions that come from manufacturing ethanol from corn or creating fertilizer, “so that’s why our estimates may actually be conservative,” says Tyler Lark, lead study author and a sustainability scientist at the University of Wisconsin-Madison.

Jeremy Martin, the director of fuels policy at the non-profit group the Union of Concerned Scientists who was uninvolved in the new research, is quick to point out that there have also been conflicting studies, including previous EPA self-assessments, an analysis by the California Air Resources Board, and a model created by the Argonne National Lab, that conclude corn ethanol has reduced emissions compared with standard gasoline.

“There’s been a lot of papers on this topic from different perspectives and using different methods,” Martin says.

Nonetheless, he sees the new study as an “important contribution to the literature,” pulling lots of variables into a cohesive picture. In particular, he says, the latest research clearly outlines the environmental variables that need to be considered in energy policies for the future.

What it means — “We’re not saying use more oil,” says Lark, the study’s author.

If anything, he says, he and his colleague’s research demonstrates that we need to better identify truly sustainable fuel alternatives, such as biofuels derived from perennial native grasses that could also provide wildlife habitat and help sequester carbon in the ground.

“We need to think about things like reducing our overall transportation costs and improving efficiency,” Lark says, to use less fuel of any kind.

Jason Hill, a biosystems engineer at the University of Minnesota who was not involved in the new study, agrees with Lark on that point.

“If we want to reduce greenhouse gas emissions from transportation, we shouldn’t be trying to grow ourselves out of the problem,” he says. “The idea is to use less fuel rather than more.”

Hill sees the new study as valuable because “it’s very important to know whether policies are having their intended outcomes,” adding, “the Renewable Fuel Standard has not lived up to its climate promises,” as demonstrated in this study and beyond.

Why it matters — It’s a big year for the RFS. When the policy was renewed and strengthened in 2007, it was only written to last until 2022. The EPA is supposed to reassess and reformulate the document’s goals. Studies like this could play a significant role in national fuel policies going forward.

This work could be helpful for other countries trying to form beneficial biofuel policies that avoid the environmental pitfalls of the RFS, Martin and Lark note. Canada, for example, is finalizing its own RFS-like program, called the Clean Fuel Standard.

Ultimately, what Lark and his co researchers’ work proves, is that land isn’t free, says Tim Searchinger, an agriculture and environment policy expert at Princeton University who was also not involved in the new research. He’s skeptical of other analyses like Argonne National Lab’s GREET model that don’t accurately consider the cost of land conversion.

“What they’re really saying is land is practically free,” but, in reality, land and the way that we use it has immense importance. An acre of conventional corn that is fertilized multiple times a year, sprayed with pesticides, tilled, irrigated, and harvested has a different greenhouse gas footprint than an acre of wild, native prairie or forest that holds onto carbon, builds soil health, and provides habitat.

Land holds both environmental potential and cost. “The question is, how are we going to value it?”

What’s next — Lark is working on follow-up research examining what better uses the acres planted for corn ethanol production could be put towards.

He’s hoping to figure out how land can help fight climate change, including better biofuels like those made from mixed perennial grasses, food waste, or even sewage.

“We’re at a time when climate action is more urgent than ever,” he says. “At this point, we can’t really afford another corn ethanol-sized mistake.”

Every time you fill up at the gas pump, 10 percent of that fuel comes from plants, not petroleum. The Renewable Fuel Standard (RFS), a U.S. policy first enacted in 2005, requires companies to add ethanol, a combustible liquid derived from starch, to all American fuel. Initially, the policy was meant to boost ethanol production…

Every time you fill up at the gas pump, 10 percent of that fuel comes from plants, not petroleum. The Renewable Fuel Standard (RFS), a U.S. policy first enacted in 2005, requires companies to add ethanol, a combustible liquid derived from starch, to all American fuel. Initially, the policy was meant to boost ethanol production…