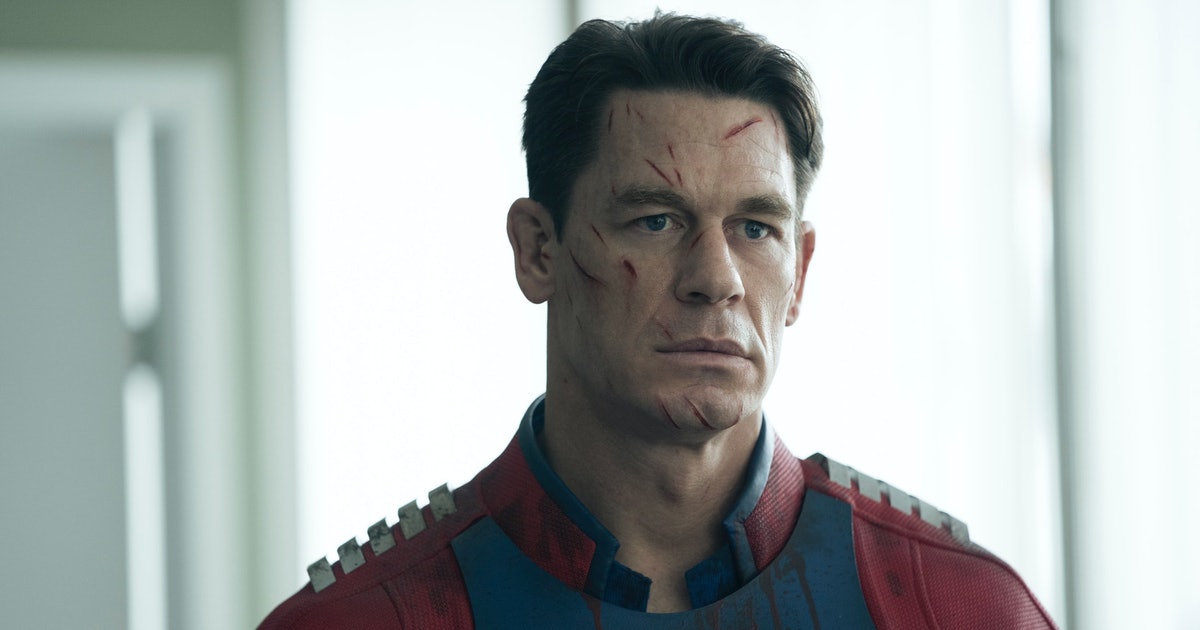 The Peacemaker Season 1 finale is upon us. What the John Cena-led series has taught us — yet again — is that comic book television can make some unique, off-beat, and downright fun entertainment. When done right, we’ll stay along for the entire ride. And let’s be clear: Peacemaker is superhero TV at its nuttiest, and we love to see it.

Heading into the final episode, we’re left with a slew of questions about how Project: Butterfly will save the world; how Peacemaker will deal with his murderous father; and what exactly is the deal with this alien cow the Butterflies are hiding — and milking. Considering how close to the vest HBO Max has kept details surrounding the finale, we wouldn’t be surprised if a big DC Extended Universe character popped in for a cameo. (What’s Black Adam up to, anyway?)

Before we got lost speculating and conjuring up all sorts of interactions between former wrestling buddies John Cena and Dwayne Johnson, let’s focus on the task at hand. Here is everything you need to know about Peacemaker Season 1 Episode 8, from its release date and time to its title and runtime.

What is the Peacemaker Episode 8 release date?

Peacemaker Episode 8 will premiere on Thursday, February 17. This will be the final episode of the show’s first season.

Where can I watch Peacemaker Episode 8?

Peacemaker streams exclusively on HBO Max. A subscription to HBO Max is required to watch the show.

When is the release time for Peacemaker Episode 8?

How many episodes are left in Peacemaker Season 1?

Peacemaker features eight episodes in its first season. So, Episode 8 will be the show’s final episode unless it’s renewed for a second season.

What is the Peacemaker Episode 8 title?

Peacemaker Episode 8 is titled “It’s Cow or Never.” Here is the full list of episode titles for the first season:

What is the Peacemaker Episode 8 runtime?

Peacemaker runtimes range between 38 minutes and 47 minutes in length. We don’t know the exact runtime for Episode 8, but we expect it to fall in the same range as previous episodes.

What is the Peacemaker Episode 8 plot?

Three big turning points happened in last week’s episode, thus setting up the madness that Peacemaker and Project: Butterfly will be facing in the finale. After Adebayo planted that diary in Peacemaker’s trailer, she made moves to leave the group entirely. A confrontation with Harcourt led to the discovery that her mom is Amanda Waller, and she was the one pulling the strings. Why? Because Peacemaker was the perfect fall guy. Pinning all the murders on him would take the heat of Murn’s gang so they can keep on keeping on.

There was one big problem with that plan, though. Murn was tracked by the police—who are all now possessed by Butterflies—leading him to be gunned down in a hotel room, while Adebayo and Harcourt hid just around the corner. Just when Adebayo thought she was out, loyalty and duty pulled her right back in.

On the other side of town, Peacemaker, Economos, and Vigilante were tracked and nearly murdered by Auggie (now in full White Dragon gear) and his white supremacist followers. The face-off led to Peacemaker shooting his dad. And then, he had a mental breakdown in the middle of the road.

The crew persevered through all the chaos with Harcourt taking over as leader. Now, it’s just Project: Butterfly versus the Butterflies themselves. And their key to saving the world is a bulbous alien behemoth known simply as, “the cow” — if they murder it, the alien goo production stops, and the Butterflies will perish. How exactly do the Butterflies keep that humongous beast undetected underground? We have absolutely no idea. By the looks of this creature, and the Butterfly numbers Peacemaker and the gang are about to face off against, one thing’s for certain: Episode 8 is going to be an all-out bloodbath.

Is there a Peacemaker Episode 8 trailer?

HBO Max released a new promo trailer, teasing Episode 8 of Peacemaker. Check it out below.

Will there be a Peacemaker Season 2?

HBO Max and James Gunn have yet to confirm if Peacemaker will be returning for a second season. The writer-director has mentioned that he has ideas for Season 2 characters, but there are currently no firm plans to renew the show.

I suppose we will need to wait and see where Peacemaker takes us next in its Season 1 finale.

The Peacemaker Season 1 finale is upon us. What the John Cena-led series has taught us — yet again — is that comic book television can make some unique, off-beat, and downright fun entertainment. When done right, we’ll stay along for the entire ride. And let’s be clear: Peacemaker is superhero TV at its nuttiest,…

The Peacemaker Season 1 finale is upon us. What the John Cena-led series has taught us — yet again — is that comic book television can make some unique, off-beat, and downright fun entertainment. When done right, we’ll stay along for the entire ride. And let’s be clear: Peacemaker is superhero TV at its nuttiest,…