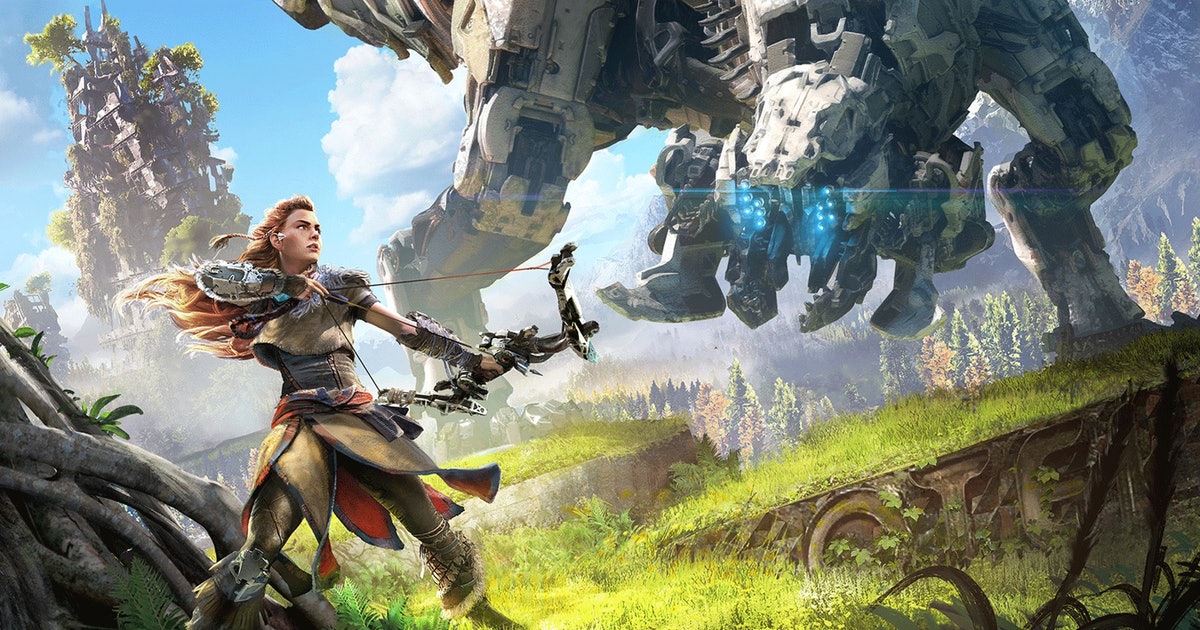 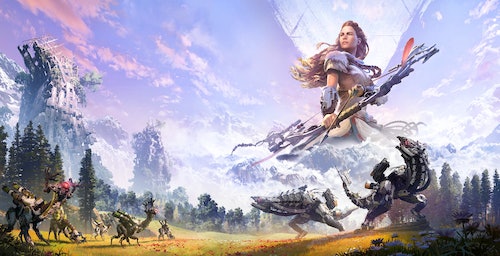 Horizon Zero Dawn is one of the biggest PlayStation exclusives ever released, selling an incredible 20 million copies to date since its 2017 release. The sequel, Horizon Forbidden West, promises an even grander adventure for Aloy. So you’ll want to be familiar with the five-year-old story of the original game before jumping in. Horizon Zero Dawn is chock full of complex lore, characters, and story threads, so it can honestly be a bit hard to wrap your head around everything. After all, there are robot dinosaurs! Luckily, we’ve compiled a primer of all the lore and story beats you absolutely need to know before heading into Horizon Forbidden West.

5. What caused the apocalypse in Horizon Zero Dawn? 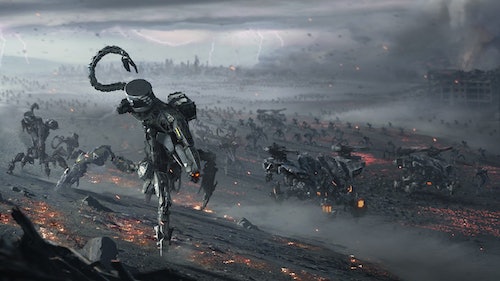 Despite the vibrant nature of Horizon Zero Dawn, the game is a post-apocalyptic story focusing on the remnants of humanity that have banded together into different tribes. Before we can dive into the story of Horizon, we need to set the stage a bit. In the near future of Earth before the apocalypse, humanity has come to heavily rely on the help of robots produced by mega-companies like Faro Automated Solutions.

In 2040, the world is hit with a major climate crisis, and Faro’s green robots become instrumental in cleaning up the environment. This positions Faro as the most powerful corporation in the world, and by the end of the 2040s, the company pivots to producing for the military-industrial complex. Over the next 15 years, Faro’s Chariot line of robots become top-of-the-line in the military industry, but the company wasn’t afraid to use underhanded methods and sell its technology to competitors, encouraging conflict.

Things take a turn for the worst in the year 2064. A swarm of Chariot bots experiences a glitch that stops commands from working. They began to act as their own entity, one that can self-replicate and take over other machines at will. The swarm defaults to its original programming which was to consume organic matter in order to produce fuel. The swarm is unable to be shut down because of security protocols company founder Ted Faro insisted on. Before long, it becomes clear that the Earth’s biosphere will be decimated within 15 months, and the event becomes known as the “Faro Plague.” 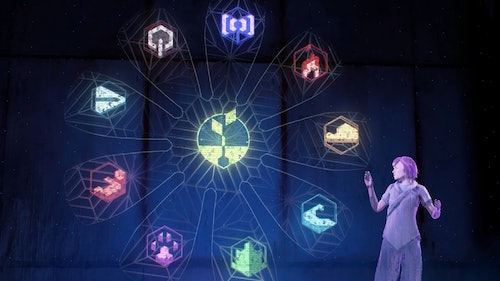 As humanity faces the decimation of the Earth, and by extension the human race, a final last-ditch plan is put in place. Faro contacts a brilliant scientist named Elisabet Sobeck to stop the Chariot bots, but when it becomes clear it’s too late, another plan is hatched: Project Zero Dawn. This is a massive top-secret terraforming project that installs bunkers around the world, filled with technology and genetic information. The purpose of the project is to reseed and recreate life after it’s been wiped from the face of the Earth.

At the same time, Operation Enduring Victory is put into place, a plan to trick the machines with an all-out military offensive by the remaining humans. The true purpose of the operation was to distract the machines long enough for work on Project Zero Dawn to finish, even while humanity itself goes extinct. The plan works, and at the core of Zero Dawn is the most advanced AI ever created, GAIA, whose purpose is to oversee the restoration of humanity. Now we flash forward to the 31st century and the start of Horizon Zero Dawn, where hulking machine lifeforms dominate the wilderness.

3. HADES and the rogue machines 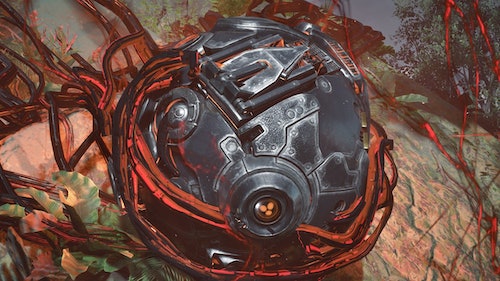 GAIA is made up of nine different subroutines called Subordinate Functions, all of which are supposed to manage a different facet of Earth’s restoration. One of these subroutines, APOLLO, is programmed to collect human knowledge to give to the reborn race. Faro considers this knowledge a curse, however, and deletes APOLLO so that humanity couldn’t make the same mistake again. This is why the humans of Horizon Zero Dawn have a primitive civilization that doesn’t take advantage of technology.

Another subroutine was HADES, a failsafe program that would completely revert GAIA’s terraforming project if it was a failure, so the AI could try again. 1000 years after GAIA goes online, a mysterious signal hits HADES and the other subroutines, turning all of them into complex AI systems separate from GAIA. Serving as the main villain of the game, HADES’ goal is to take over GAIA and gain control of the terraforming project. HADES initially tries to forcefully take over GAIA, but is unsuccessful and gets caught up in the self-destruction of GAIA’s facility. HADES only escapes by putting its program into a battered Titan machine.

Years later, HADES seeks to capture The Spire, an old-world building at the heart of Meridian, the capital of the Carja tribe. The Spire is actually a structure built by another subroutine, Minerva, which used a network of similar buildings across the world to broadcast shut down codes to the Faro Plague. Because of the nature of its core programming, HADES wants to control the building to activate the Faro Plague once again and sterilize the planet. 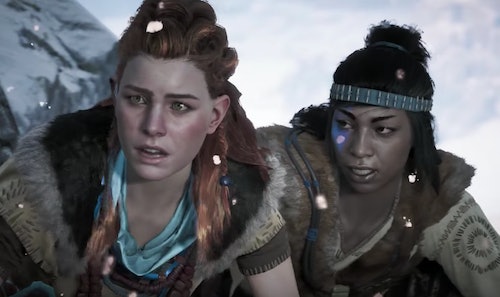 Horizon’s main character, Aloy, has spent her entire life wondering about her origins, as she’s an outcast of the Nora tribe that never knew her parents. After her adoptive father Rost dies suddenly, Aloy sets out on a journey to learn the truths of the world, which is how we learn about things like the Faro Plague. Near the tail-end of the game, however, we learn the truth about Aloy: She’s a clone of the scientist Elisabet Sobek, the woman that led Project Zero Dawn.

Aloy was created by GAIA with the express purpose of stopping HADES. As a clone, Aloy would have the genetic print needed to access something called the Alpha Registry, a ledger with information on high-ranking people that had access to all of the GAIA facilities, as well as their locations. Because of this, Aloy is also able to enter the Zero Dawn facilities and rebuild GAIA’s system core.

Long story short, Aloy manages to disable HADES and deactivate the Faro Plague. Many questions remain, however, including the origin of the mysterious signal.

1. Who is Sylens in Horizon Zero Dawn? 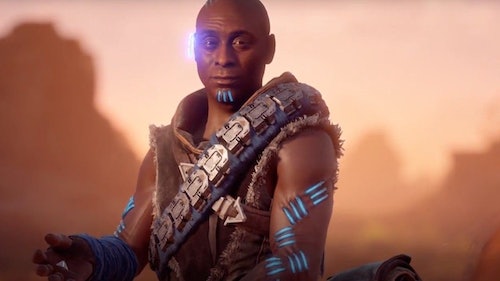 There are a handful of prominent characters that Aloy meets in Horizon Zero Dawn, but none are more important than Sylens, a wanderer that initially acts as an ally, but winds up the game’s secondary antagonist. After HADES activates as an AI, Sylens picks up on its signal and finds HADES in the battered Titan. He repairs the AI and teaches it about the current world, while HADES teaches Sylens about things like physics and computer science.

Sylens is the founder of the militaristic cult known as Eclipse, which Aloy battles throughout the game. After the finale, it’s revealed that Sylens was pulling many of the strings in the story’s conflict all along. Despite Aloy disabling HADES, the program remains active. After the credits roll, a scene shows Sylens capturing HADES in a lantern-like device. He reveals his ultimate goal of learning who activated the AI in the first place. With much of the man’s past still shrouded in mystery, Sylens departs for the Forbidden West, which is where the next story will take place.

Horizon Zero Dawn is one of the biggest PlayStation exclusives ever released, selling an incredible 20 million copies to date since its 2017 release. The sequel, Horizon Forbidden West, promises an even grander adventure for Aloy. So you’ll want to be familiar with the five-year-old story of the original game before jumping in. Horizon Zero…

Horizon Zero Dawn is one of the biggest PlayStation exclusives ever released, selling an incredible 20 million copies to date since its 2017 release. The sequel, Horizon Forbidden West, promises an even grander adventure for Aloy. So you’ll want to be familiar with the five-year-old story of the original game before jumping in. Horizon Zero…

‘Cyberpunk 2077’ update 1.5 patch notes and how to download the free upgrade