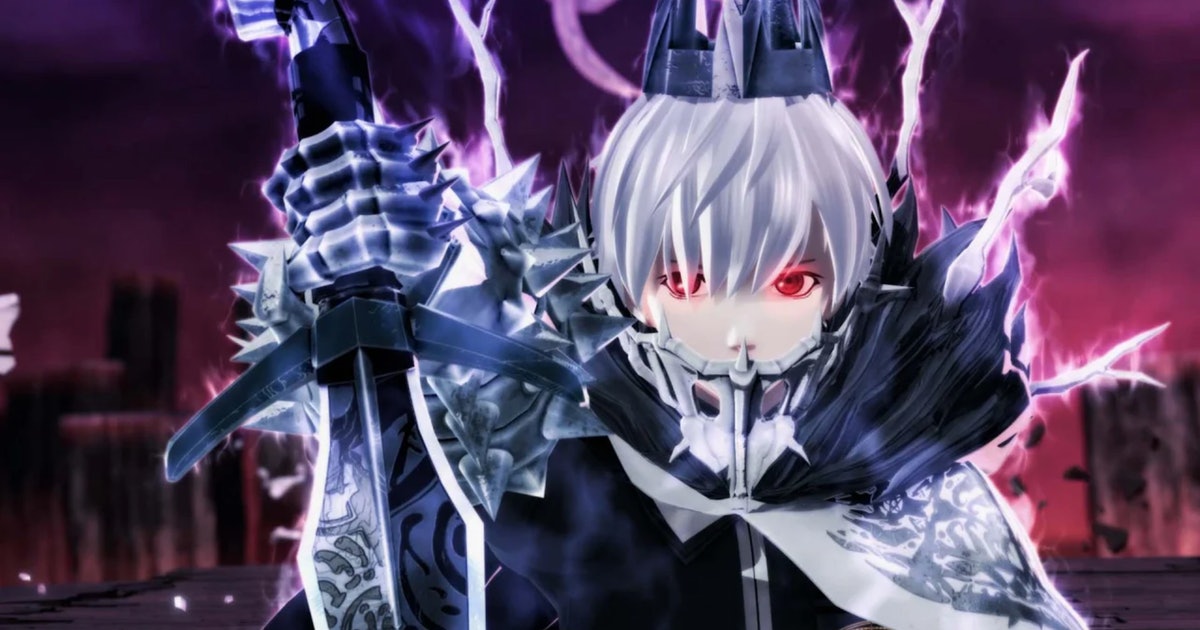 If it happens all the time, it’s not that special.

After defeating the arrogant first boss of Monark, I felt a keen sense of accomplishment as the results screen flashed what I assumed was an elusive ‘S’ ranking. By defeating the baddie in a certain number of turns and preventing any of my allies from dying, I was able to gain a substantial experience point bonus at the end.

Little did I know that I would see that letter over and over again for dozens of hours — eventually becoming numb to it.

The initial excitement surrounding Monark revolved around the fact that the studio, Lancarse, boasted an impressive stable former Shin Megami Tensei franchise developers. Who wouldn’t want to see more games like that? And while SMT’s influence shines through in Monark’s moody gothic atmosphere and aesthetics, the gameplay and pacing fall short of that lofty ideal.

Class is in Session

Monark takes place in Shin Mikado Academy, which is surrounded by a mysterious barrier and a nasty mist that drives people mad. The protagonist gets transported to the Otherworld and forms a pact with a powerful daemon named Vanitas, who is a Monark and the Authority of Vanity. After returning to the real world, the school’s dean asks the protagonist to defeat the various Pactbearers lurking around the academy in order to lift the barrier.

The story is split into two main parts. The first half involves gathering allies and dispelling the mist around the academy. The second is structured more like a Japanese visual novel, with branching paths that act as different timelines.

In the first half, you’ll explore the academy and challenge the Pactbearers. Here, you’ll meet the other playable characters: Shinya Yuda, Kokoro Surugadai, Ryotaro Date, and Nozomi Hinata. At first, they seem like little more than familiar anime tropes, like Kokoro the painfully shy girl and tough guy Ryotaro. However, their backstories slowly unravel as the game progresses, making them more fully-realized individuals.

As you search the academy, you’ll need to solve a series of simple but satisfying puzzles, which usually consist of trying to figure out a locker’s passcode. By investigating collectibles found throughout the school, you can piece together clues for each one, such as a certain NPC’s birthday.

The atmosphere in the mist-filled hallways feels compellingly creepy at first, but soon grows bland — all the hallways more or less look the same. If you stay in the mist too long, you begin to go mad and you’ll end up in the nurse’s office. However, there aren’t any consequences other than having to retrace your steps, with the result that this mist-induced madness feels like a missed opportunity to spike tension.

The second half of the game is where Monark introduces one of its most interesting story mechanics, but also where it falters. After the climax of the first half, you must choose a character’s story arc and see it through the end. This allows you to learn more about each character’s personality and motivations. Only after going through all four paths will you be on the route towards the true ending. It’s an interesting concept let down by execution that makes seeing every ending a tedious grind.

Pacing is the biggest problem with Monark’s second half. After finishing each ending, you’re thrust back to the midpoint of the game to choose another character to follow. However, every time you finish a route, the enemies gain about 5-10 levels, leaving you ill-equipped to challenge the next route. Unfortunately, this necessitates monotonous grinding to level up your characters.

Spending around two or three hours grinding battles until your party is strong enough to tackle the next ending is nauseating. Considering there are four paths, followed by the true ending path, that’s about 10-15 hours of rehashing the same map over and over again.

This would’ve been bearable if combat was more fun. Battles are a mix of something like Falcom’s The Legends of Heroes: Trails of Cold Steel and 2014’s Lost Dimension, one of Lancarse’s previous titles. It’s a turn-based system where both teams move around units on the battlefield to attack enemies in range. You only can have one human companion for most of the game, so you’re given skeleton allies called “Fiends” with their own abilities and customizable gear. Units have two types of attacks: Arts and Authorities, or physical and magic attacks.

Among the most intriguing innovations in Monark’s battle system are the Awakened and Madness gauges. Every time a unit uses an Authority attack, its Madness goes up. Once it hits 100 percent, the unit gets a stat boost but becomes an uncontrollable berserker, targeting friend and foe alike. The Awakened gauge functions similarly but is only available to human units. The unit can be controlled, but the gauge only goes up if the unit is attacked or uses a special move that boosts it. These mechanics add an enticing strategic element to the minute-by-minute gameplay by forcing you to make tough choices, like whether healing your teammate is worth making your healer fall into madness.

Unfortunately, too many of Monark’s battles feel like a slog to get through. While you can speed up the animations, there aren’t that many flashy effects to set each new battle apart from the ones before it. Even Lost Dimension had more dynamic camera angles and close-ups that added personality and weight to characters’ attack animations. The combat in Monark lacks that visual flair outside of the characters’ ultimate attacks, and it doesn’t help that enemy designs are conspicuously limited, consisting of just different versions of skeletons.

What’s more, if the protagonist gets KO’d, then it’s an automatic game over. When battles already overstay their welcome, having an enemy score a one-off critical hit on your protagonist is very frustrating if you’re nearing the end, only to have to start all over again.

Though the combat falls short in a number of respects, Monark’s fantastic music keeps things lively. In collaboration with VTuber studio Kamitsubaki, the soundtrack is filled with electrifying Japanese rock and bubbly pop music. Each boss has its own unique theme song and the game’s intro scene is absolutely beautiful.

The graphics look like they’re straight out of a 2015 PlayStation Vita game, but the 2D character portraits are clean and stylish — Monark absolutely nails the gothic aesthetic. The English language dub is well-acted and a welcome inclusion alongside the Japanese voice track.

Monark clearly pays homage to the Shin Megami Tensei series in its tone and setting. However, the game is weighed down by an underwhelming battle system and grindy pacing. Still, some memorable plot twists and colorful characters make for a promising baseline. Monark gets a passing grade, but we hope a potential sophomore sequel will aim higher in the future.

Monark launches on February 22 for PC, PlayStation 4, PlayStation 5, and Nintendo Switch. Inverse played the PS4 version for this review.

INVERSE VIDEO GAME REVIEW ETHOS: Every Inverse video game review answers two questions: Is this game worth your time? And, are you getting what you pay for? We have no tolerance for endless fetch quests, clunky mechanics, or bugs that dilute the experience. We care deeply about a game’s design, world-building, character arcs, and storytelling come together. Inverse will never punch down, but we aren’t afraid to punch up. We love magic and science-fiction in equal measure. And as much as we love experiencing rich stories and worlds through games, we won’t ignore the real-world context in which those games are made.

If it happens all the time, it’s not that special. After defeating the arrogant first boss of Monark, I felt a keen sense of accomplishment as the results screen flashed what I assumed was an elusive ‘S’ ranking. By defeating the baddie in a certain number of turns and preventing any of my allies from…

If it happens all the time, it’s not that special. After defeating the arrogant first boss of Monark, I felt a keen sense of accomplishment as the results screen flashed what I assumed was an elusive ‘S’ ranking. By defeating the baddie in a certain number of turns and preventing any of my allies from…