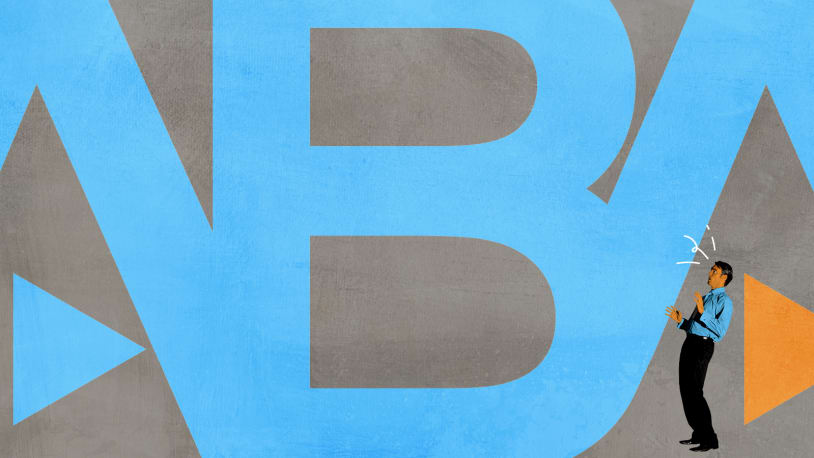 Down with the woke cartels

Everyone knows the Constitution prohibits Congress from any “law respecting an establishment of religion.” In the conventional interpretation, that means not only that church and state must be legally separate, but also that particular sects or denominations shouldn’t enjoy advantages denied to their rivals.

The reality of church-state relations isn’t quite that simple. When it was ratified, the First Amendment was understood to protect state-level religious establishments. Rather than being snuffed out by the Bill of Rights, these survived for decades. Massachusetts was the last to disestablish in 1833. And it was around a century after the demise of state establishments that the Supreme Court began to force state and local governments to disentangle themselves from less obvious forms of church-state partnership and favoritism.

Ironically, a different kind of establishment was emerging as the vestiges of old-fashioned religion were being eliminated. Beginning in the 1920s, professional associations like the American Bar Association (ABA) and American Medical Association (AMA) developed a new role in setting standards for education and professional conduct. Originally based on voluntary compliance, the associations’ authority was formalized after World War II. Legislation including the Higher Education Act of 1965 essentially deputized them to determine which institutions could participate in federal programs.

Professional associations aren’t equivalent to churches, of course. But it’s sometimes hard to distinguish the brand of advocacy they’ve embraced over the last few years from a religious revival. Scholars and journalists dispute whether the progressive turn in elite institutions is based on genuine moral fervor (“wokeness,” per its detractors), as opposed to prudential strategy for avoiding litigation.  Either way, the result is a kind of dogma, especially in matters of race and gender, associated with distinctive myth and ceremonies that resemble even if they don’t replicate more conventional religious beliefs and practices.

The problem with this arrangement is evident in the latest application of that orthodoxy. The ABA House of Delegates voted on Monday to revise its accreditation standards, to be enforced by the technically separate Council of the Section of Legal Education. Among other changes, the new standards will mandate that law schools provide extensive anti-bias education, as well as affirming “the obligation of lawyers to promote a justice system that provides equal access and eliminates bias, discrimination, and racism in the law.”

Although they’re watered down from an earlier version that received heavy criticism from some legal academics, these changes are a big deal for at least three reasons. The first is that they impose a specific ideology on legal education. No one of good conscience is in favor of racism, and phrases like “cross-cultural competency” may seem anodyne. In practice, though, they’re synedoches for the fashionable conception of anti-racism that presumes social institutions are not only historically implicated in inequality (the ABA itself did not permit black members between 1912 and 1950) but remain pervasively hostile to minorities despite decades of reforms. Although they don’t say so outright, the ABA’s new standards suggest that diagnosis applies to the law itself. If the law were not fundamentally racist, after all, why would aspiring lawyers have to commit to purging it?

The adoption of a political test for legal education wouldn’t be so bad were there more competition in the field. Yet there are just 200 ABA-accredited law schools in the United States. In many states, graduation from one of these institutions is required to sit for the bar exam. The new standards aren’t limited to just a few institutions, then. In effect, they’ll be imposed on the whole legal profession.

Finally, there’s some question about whether the new requirements are even legal. The initial proposal appeared to require that schools pursue “diversity” in admissions even where affirmative action is prohibited by state law. The language that was adopted this week lacks such specific guidance: It requires schools to adopt “a policy of non-discrimination” that would neither admit or retain “students on the basis of race, color, ethnicity, religion, national origin, gender, gender identity or expression, sexual orientation, age, or disability, or military status.” Taken literally, that provision would seem to ban some of the same measures the earlier version recommended — an intention that seems improbable. Most likely, the ABA is in a holding pattern pending a Supreme Court ruling.

Apart from those political concerns, there’s an old economic argument against the professional associations’ role in education. Like the AMA, the ABA has been credibly accused of behaving like a cartel to limit the supply of practitioners. The consequence is to raise the price of their services — good for lawyers and doctors, but bad for the rest of us. Accordingly, both organizations have been the target of anti-monopoly enforcement, In 1995, the ABA submitted to a consent decree demanding reforms of its uncompetitive practices. In 2006, it admitted that it had been violating the terms of that agreement, paying a $185,000 fine.

Yet the purely economic argument is less powerful than the one against cultural “establishment.” Through the Higher Education Act and other measures, the federal government has outsourced control of professions that are supposed to serve the whole public to institutions with specific and controversial moral and political agendas. Even if they can’t literally require conformity (until 1871, this was a graduation requirement at Oxford and Cambridge, which were subject to the Church of England), they can make it very difficult for anyone who disagrees to succeed in their chosen career. It’s not quite a federal dictate of belief — you could choose not to be a lawyer or doctor and thus escape the rule, or simply conceal your true opinions — but in practice, it comes close.

Moreover, the restriction of federal loans to students attending accredited institutions provides an indirect subsidy for approved doctrines. We’re all paying to support the ABA’s conception of anti-racism whether we like it or not. In the early republic, compelled support for favored teachings was a flashpoint in debates about religious freedom. Current arguments for viewpoint diversity are based on a similar principle: The coercive powers of government shouldn’t be used to promote one set of beliefs at the expense of others.

Unlike the 18th century, few people now believe their souls are literally at stake in these disputes. In fact, the new ABA standards include exemptions for religious institutions (although not religious students at secular ones). Still, If you want to push the sociological analogy, you could make the case that universities, professional associations, and the nonprofits the emanate from them are modern successors to the established churches of old.

The blogger Curtis Yarvin has popularized the term “Cathedral” to designate this institutionally diffused but intellectually monolithic formation. Ohio Senate candidate J.D. Vance (R) may have something like that in mind when he proposed seizing the assets of progressive foundations. As Henry VIII expropriated the monasteries (enriching his followers while removing a serious threat to his authority), so a modern populist leader might claim the endowments.

There’s no need to be so drastic, though. Rather than subordinating today’s quasi-establishment to the state, we could simply remove its privileges. The best response to the ABA’s turn toward activism isn’t to abolish it, but to eliminate its statutory authority to determine standards for legal education.

Theoretically, that decision is within the authority of the secretary of education. Perhaps a future member of Republican Pres. Ron DeSantis’ cabinet will choose to use it.

If law schools need to be accredited to determine their compliance with public purposes and eligibility for public funds, the determination should be made by public authorities responsible to elected legislatures, not private organizations over which voters (and even most of their own members) have no say. Otherwise, accreditation is just another means for those who claim special access to wisdom and justice to impose their beliefs on the rest of us.

February 16, 2022 February 16, 2022 Everyone knows the Constitution prohibits Congress from any “law respecting an establishment of religion.” In the conventional interpretation, that means not only that church and state must be legally separate, but also that particular sects or denominations shouldn’t enjoy advantages denied to their rivals.  The reality of church-state relations…

February 16, 2022 February 16, 2022 Everyone knows the Constitution prohibits Congress from any “law respecting an establishment of religion.” In the conventional interpretation, that means not only that church and state must be legally separate, but also that particular sects or denominations shouldn’t enjoy advantages denied to their rivals.  The reality of church-state relations…

Why does Tuesday’s Wordle have 2 different answers?