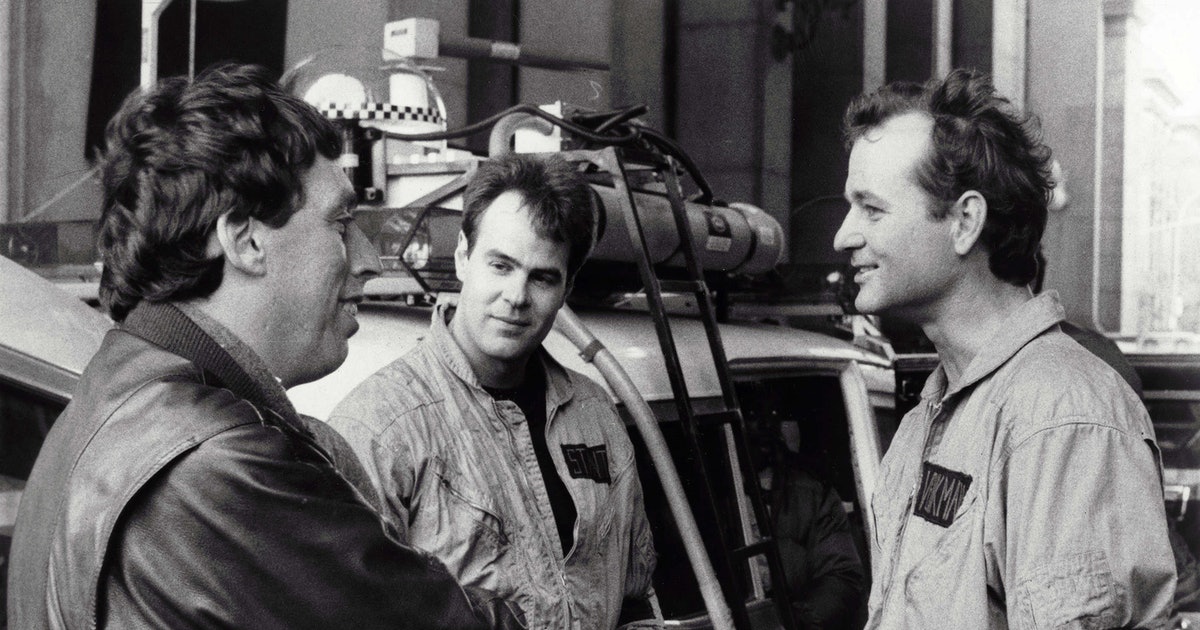 With ‘Ghostbusters,’ Ivan Reitman was ahead of his time

If there’s one thing that defined Ivan Reitman, it was consistency without repetition.

The director, who died Saturday at 75, leaves a body of primarily comedic work that spans eras. His films of the 1970s and ‘80s, like Meatballs and Stripes, were counter-programming to National Lampoon, offering the same raunchiness with a tighter head screwed on. In the ‘90s Kindergarten Cop showed what Reitman could do on the broadest scale, while Dave enabled him to exhibit maturity. His later work in the 21st century lacked his white-knuckle bawdiness, but provided evidence that he could keep up with a changing world.

But one movie of Reitman’s, 1984’s Ghostbusters, deserves a different reputation than it has today. Its release spawned a multimedia universe that includes cartoons, comics, toys, and sequels and reboots that, bizarrely, functioned as a gauge for one’s personal politics. It’s strange and a little silly how a single movie with a cartoon ghost who engulfs hot dog wieners led to all that.

You could argue that Ghostbusters is overrated; it’s a movie where none of its characters change or grow, but remain awkward scoundrels from start to finish. But I think it’s better to call it misunderstood. Out of its simple premise — “What if exorcisms were like pest control?” — came a high-concept genre hybrid that paved the way for blockbusters like the Marvel Cinematic Universe. And in its simple story is a monumentally resonant and empowering idea so obvious it’s almost as invisible as a ghost.

In observance of Reitman’s death, a re-evaluation of Ghostbusters is overdue. And in defiance of what both Ghostbusters’s diehard fans and owners of the intellectual property want it to be, it’s time we see Ghostbusters for what it is: A story of science conquering our fear of the unknown.

When Ghostbusters opened in 1984, the movie industry was in the middle of an evolution. Not long before it, Star Wars and its sequels laid the groundwork for a new kind of four-quadrant tentpole cinema, beginning the “IP-ification” of movies. There’s the infamous story of how Kenner, the maker of Star Wars toys, sent out an empty box for Christmas 1977 because the manufacturer was unprepared for the demand for Star Wars toys. No one knew how to handle the merchandising business because, before Star Wars, no one was really in the business.

But it was more than just toys. Star Wars itself was high-concept science fiction in an age when the sci-fi genre was binary: Star Trek, and everything else. Its inclusion of space wizards, laser swords, and an ancient religion evocative of samurai bushido didn’t negate the sweeping, swashbuckling whimsy that appealed to a broad audience.

In the aftermath of Star Wars came Ghostbusters, stemmed from the mind of comedian Dan Aykroyd (whose real interest in the paranormal is part of his own family legacy). Like Star Wars, Aykroyd envisioned the film as something more complicated, with a futuristic setting on an alien planet. It took a breakfast with Reitman at an L.A. diner to convince Aykroyd to retool and ground the script. Reitman suggested the movie take place in contemporary times on a realistic Earth. New York City, even.

It’s unsurprising that Reitman would suggest this change, because all his movies have this attribute. In an interview with The A.V. Club Reitman said, “I’ve always believed in populating my films with characters who we like, who we have some warmth for, who have warmth for each other, who we would like to hang out with, who we emulate in one way or another. It’s not that they all get along, or that they aren’t bad people or people we make fun of. But at the core, there’s a kind of sweetness.”

Despite a plethora of production problems, Ghostbusters was a hit when it opened. Following the playbook Star Wars wrote, Ghostbusters found a rabid audience of children who were spooked and enthralled by ghosts, and the film’s subsequent busting of them.

Through Ghostbusters, kids learned they didn’t need fancy lightsabers or Jedi training to conquer their fears. The movie’s ensemble of eccentric scientists were authentic representations of people who behaved like they did.

The film’s unique visual language of clunky goggles and kit-bashed vacuum cleaners was unmistakably pro-science, or at least old fashioned know-how. This not only grounded the Ghostbusters’ universe, but made intelligence and spunk a superpower. For kids looking for the boogeyman under their beds, Ghostbusters was an empowering DIY superhero story. To fight against the darkness, all you need are the tools and the talent.

Despite its legion of children in the audience, Ghostbusters is an adult comedy; many of the problems the characters face stem from personal and professional roadblocks that are foreign to kids. From its depictions of legal trouble to the New York dating scene, much about Ghostbusters doesn’t actually appeal to kids.

Even the filmmakers acknowledged how different Ghostbusters was supposed to be. In a 1984 promotional short for theatrical exhibitors, Aykroyd and Murray begged theater owners to trust that their strange movie would actually sell tickets. In the movie, there’s an eerily prescient line that refers to how the Ghostbusters’ “franchise rights alone” will make them “rich beyond their wildest dreams.” It feels practically verbalized by Columbia execs. The four Ghostbusters movies have grossed $936.9 million.

Ghostbusters certainly made those involved rich. Along the way, it revolutionized how mainstream movies are made. No longer did movies have to be one genre for one audience. Before Ghostbusters, few could fathom a comedy like Stripes having the spookiness of Poltergeist and the merchandising plans of Star Wars. Now we live in a world where Edgar Wright has a career, Malignant exists, and Marvel can insist Moon Knight will be brutal and terrifying and no one is shaken by that idea even as Moon Knight toys roll off the production line.

Ivan Reitman didn’t repeat himself. His filmography illustrates an artist who pursued his own instincts before learning to go with the flow. That’s how an artist can direct Cannibal Girls in 1973 and No Strings Attached in 2011. But it’s unsurprising that his best movie isn’t just the one that has the strongest legs, but the most influential spirit.

If there’s one thing that defined Ivan Reitman, it was consistency without repetition. The director, who died Saturday at 75, leaves a body of primarily comedic work that spans eras. His films of the 1970s and ‘80s, like Meatballs and Stripes, were counter-programming to National Lampoon, offering the same raunchiness with a tighter head screwed…

If there’s one thing that defined Ivan Reitman, it was consistency without repetition. The director, who died Saturday at 75, leaves a body of primarily comedic work that spans eras. His films of the 1970s and ‘80s, like Meatballs and Stripes, were counter-programming to National Lampoon, offering the same raunchiness with a tighter head screwed…

Every ‘What If?’ Easter egg revealed in ‘Multiverse of Madness’