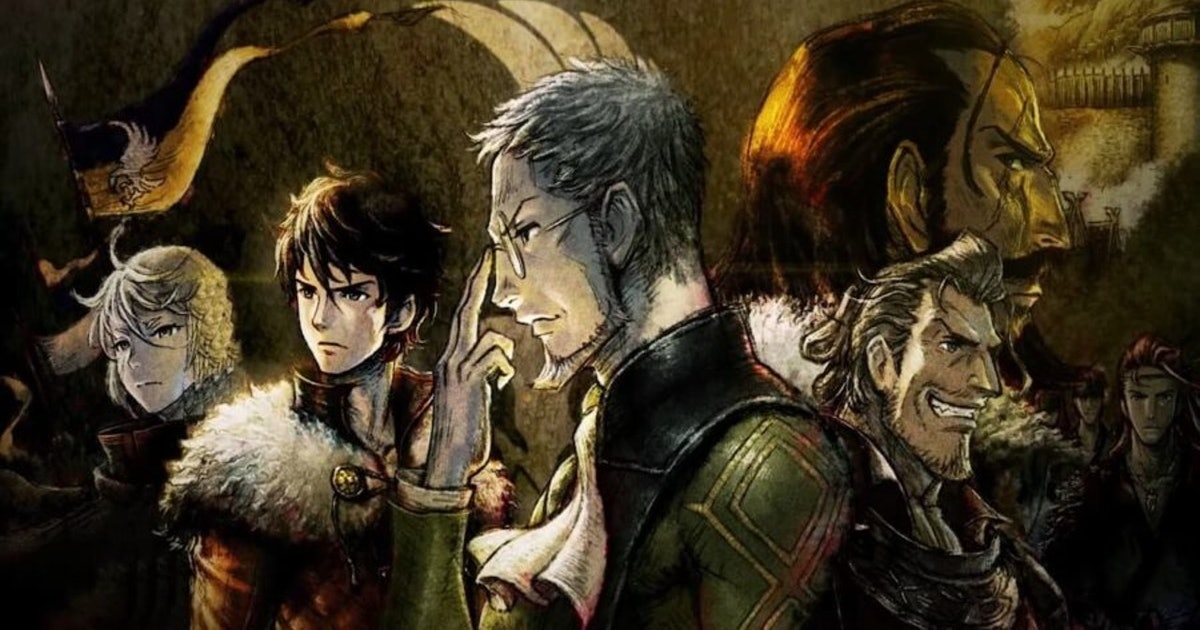 Final Fantasy Tactics remains one of the greatest spinoffs the series has ever seen and is a massively influential title for the tactical RPG genre at large. When Square Enix announced Project Triangle Strategy, comparisons were immediately made to Octopath Traveler and Final Fantasy Tactics, and they still are with the game’s release right around the corner. However, after playing through the first three chapters of Triangle Strategy it’s clear that the new game manages to carve out an identity of its own, even while wearing its inspirations on its sleeve.

Triangle Strategy takes place on the continent of Norzelia, which is then split up into the three nations of Glenbrooke, Aesfrost, and Hyzante. The continent has been wracked with war for years, as each nation struggles for control of resources like iron and salt. You play as Serenoa Wolffort, the heir to one of the most powerful noble houses of Glenbrooke.

The setup is quite similar to what you find in other games of the genre, but politics and story absolutely take center stage in Triangle Strategy. The nature of the story, and the emphasis it puts on choice, make me feel like a more apt comparison is actually Tactics Ogre. The visual style and presentation, of course, make Triangle Strategy fall in line with Octopath Traveler, especially seeing as it’s coming from the same development team.

Tactical RPGs are often slow burns, but Triangle Strategy is extreme even in that regard. The first three chapters, included in the new demo, comprised of roughly 5-6 hours of gameplay, but there are only three main battles in that time.

The combat system itself feels like a fusion of systems from across the genre. Each character essentially has its own unique “class” that differentiates them. For example, Frederica is a fire mage with attacks that hit multiple tiles, while Benedict is a decent attacker with abilities that focus on buffs.

Learning the strengths and weaknesses of each unit is essential to battle, along with some of the other unique elements. Having units on both sides of an enemy will allow them to do a follow-up attack, and magic can affect the environment as well, like lighting spells traveling alongside puddles. It’s always easy to default with tactical RPGs and say they’re “more like Fire Emblem,” or more like “Final Fantasy Tactics.” Triangle Strategy really does feel like a unique beast, though, and one that pulls in elements from across the genre.

Outside of combat, the rest of your time is spent watching cutscenes, exploring towns, and making choices. The world of Triangle Strategy is absolutely fascinating, packed to the brim with lore and detail. Even in the early hours, there’s a great sense of discovery, like you’re only seeing the surface level of a rich world. The story doesn’t have any blowout moments yet, but there’s a building sense of intrigue, as each nation has its own agenda. I also can’t neglect to mention the voice acting, which let’s just say isn’t up to the same quality as the rest of the game.

One of the standout features of Triangle Strategy so far comes with the exploration and decision segments. The exploration segments give you some nice downtime where you can just run around the city and learn about it. As you talk to NPCs you learn important info that gets logged down in your War Chronicle. While it helps to teach you more about the world this has a mechanical purpose as well, as the info you’ve learned can later be used in the Scaled of Judgment sections.

At key points in the story, your party will use the scales to make important decisions, with each party member casting their own vote with a coin. The demo sees you decide if the party will travel to Aesfrost or Hyzante, which then gives you a completely different Chapter 3 based on the choice.

Before votes are cast you have the chance to convince your party members to make the choice you want them to, and information you gathered in the Exploration section can make this easier. It’s a smart way of tying together the disparate elements of the game.

The first few hours with Triangle Strategy have me hopeful that it could turn out to be a unique gem in the genre. The pacing is heavily weighted on the story, and while I’m quite interested in the narrative, I hope the full game can balance things out with combat a little more. Triangle Strategy might not feel like some mind-blowing revelation for the genre, but the way it takes elements from across the genre, and sprinkles in new ideas, gives it a unique identity. I just hope that identity can remain interesting across dozens of hours.

Final Fantasy Tactics remains one of the greatest spinoffs the series has ever seen and is a massively influential title for the tactical RPG genre at large. When Square Enix announced Project Triangle Strategy, comparisons were immediately made to Octopath Traveler and Final Fantasy Tactics, and they still are with the game’s release right around…

Final Fantasy Tactics remains one of the greatest spinoffs the series has ever seen and is a massively influential title for the tactical RPG genre at large. When Square Enix announced Project Triangle Strategy, comparisons were immediately made to Octopath Traveler and Final Fantasy Tactics, and they still are with the game’s release right around…